Read on for valuable insight into advanced converter topologies, their classification, and how they work.

The simplest form of the DC/DC converter is a voltage divider like a rheostat or potentiometer. However, it can only transfer output voltage lower than the input voltage and also suffers from poor conversion efficiency. Some basic voltage divider circuits are shown in Figure 1.

The next step in the evolution of DC/DC converters is a multiple-quadrant chopper. 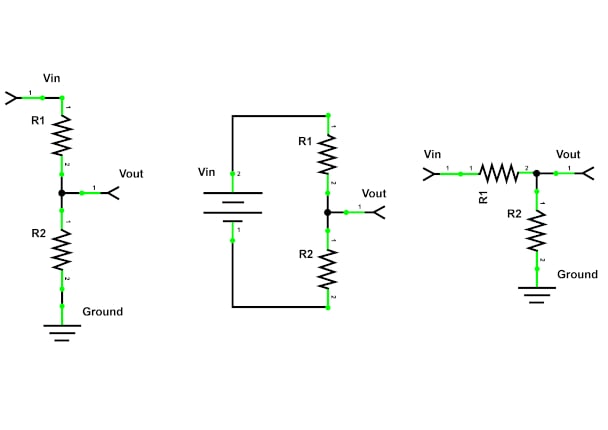 The classical or traditional converters are categorized as first-generation converters. They typically work in a single quadrant mode and operate in a low power range. These include fundamental converters like buck, boost, and buck-boost, and a few transformer-type converters.

Third-generation converters are formed based on switched component converters and are implemented using either inductors or capacitors, thus called switched-inductor or switched-capacitor circuits. They perform in two or four-quadrant operations with a high output power range and have the advantages of high power density and conversion efficiency.

A summary of the family of DC/DC converters is illustrated in Figure 2. 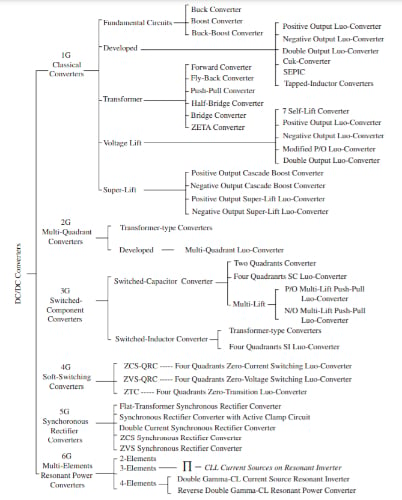 In the case of buck, boost, and buck-boost converters, the switch and diode are alternately on and off. They usually operate in continuous conduction mode and the inductor current is continuous. Some buck-boost converters like the SEPIC and Cuk build on the conventional topology while offering additional benefits like reduced current ripple at the terminals [2]. There are other transformer-based topologies like a forward converter, a flyback converter, push-pull converter, bridge converters, and Zeta converters [3]. These can be analyzed similarly to the fundamental converters and basic electrical principles of resonance and mutual inductance using circuit analysis concepts like Kirchoff’s laws.