DC/DC Converters: Devices for Converting to a Higher Voltage

DC/DC Converters: Devices for Converting to a Higher Voltage

A DC/DC step-up or boost converter is one of the simplest switch-mode converter types, increasing the input voltage based on a given scenario.

DC/DC converters are used in several appliances used in our everyday lives. The main goal of these converters is to step up or step down the DC voltage based on the application at hand while providing voltage regulation.

A step-up or boost converter is one of the simplest switch-mode converter types, increasing or boosting the input voltage based on the requirements. There are ample scenarios where there is a need for a slightly higher voltage. Read on to learn more about the basics of step-up converters and how they work.

The history of the boost converter dates back to the 1960s and was initially used to power the electronic systems on an aircraft [1]. The initial requirements demanded that these converters be as compact and efficient as possible. This emphasized the need for the design to be simple and optimum. A step-up converter consists of an inductor, a semiconductor switch, a diode, and a capacitor [2]. It requires fewer parts for implementation and is less complicated than an AC transformer. The circuit diagram of a boost or step-up converter is shown in Figure 1. 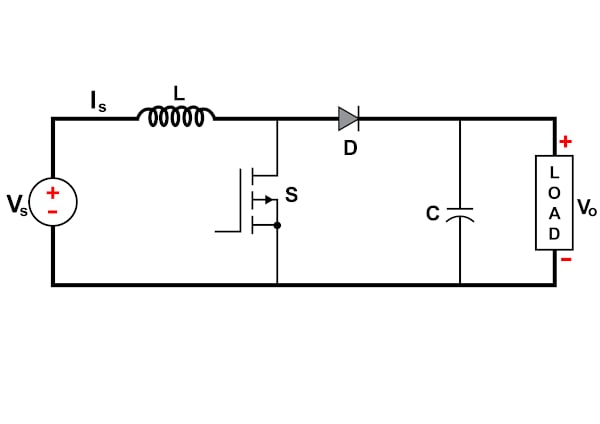 Figure 1. Circuit diagram of a boost or step-up converter. Image property of EETech

The main advantage of using a boost converter is its high efficiency. If well-designed, up to 99% of the input energy can be converted to useful output energy making the overall efficiency 99%. It is important to note that the design of a boost converter is mostly a compromise between the breakdown voltage of the switch (usually a MOSFET) and the on-resistance value. This is because the switch voltage needs to be rated for a high voltage as it sees voltage that is a summation of the supply voltage and the inductor voltage, which implies a high on-resistance.

It is also crucial to choose an inductor that withstands high currents and has a highly permeable core. This helps attain a high inductance value without compromising the overall design's compactness. The inductor is always connected on the input side and is a source of constant input current. This makes the boost converter a constant current input source where the load can be seen as a constant voltage source.

A boost converter or step-up converter aids in stepping up a DC voltage from the input to the output. The conduction state of the switch dictates the operation of the circuit. 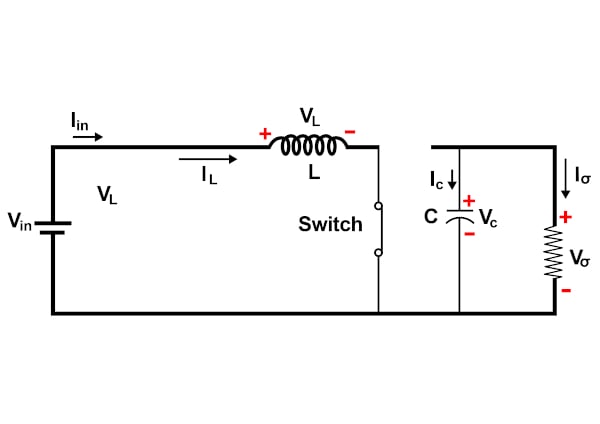 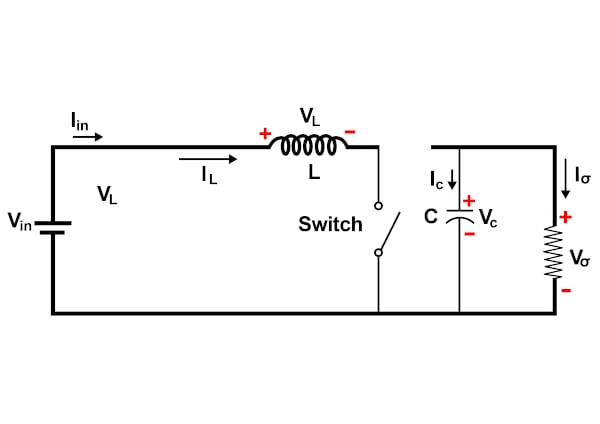 The following equation represents the relationship between the input voltage and output voltage:

The duty cycle is defined as the percentage of the time the switch is turned on. In other words, the parallel combination of inductor and capacitor forms a second-order low-pass filter that smooths out the switching action while producing a clean DC voltage by reducing the voltage ripple.