AMEA has entered into a $1.1 billion deal for 500 megawatts each of wind and solar in Egypt. 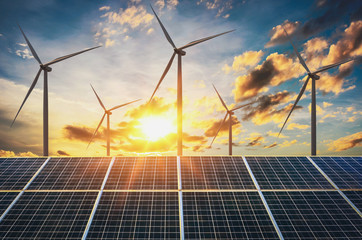 In its newest deal, AMEA now provides two gigawatts (GW) of clean energy in Egypt, providing hope that wind and solar could power the world’s most underserved countries.

Committed to renewable energy initiatives, the private company has invested in energy storage, water desalination, green hydrogen, wind energy, and solar power, creating a team of experts to develop projects in disadvantaged areas. It has provided almost 6 GWs of clean energy across 15 countries.

The company focuses on seven of the United Nations’ 17 sustainable development goals:

Clean energy alone helps achieve many of these goals.

The Wind and Solar Deals

AMEA recently signed its green energy deal in the presence of Egyptian Prime Minister Mostafa Madbouly, as well as representatives of its lenders and partners. The deal will create a 500-MW wind farm and a 500-MW photovoltaic farm in Egypt.

Egypt’s new wind farm will be the largest in the continent and located in the Red Sea Governorate region. Sumitomo Corporation–who will have 40% equity in the project–is partnering with AMEA to develop the turbines and surrounding infrastructure.

AMEA will develop the solar farm in Egypt’s Aswan governorate. The company will also own and operate the plant. The Japan International Cooperation Agency, IFC, and the Dutch Entrepreneurial Development Bank are financing the project.

Egypt is working to meet its sustainability goal of generating 42% of its electricity from renewable sources by 2035. AMEA’s projects will back this initiative and support social and economic development in the country.

The Future of Renewable Energy

Egypt is one of many countries in the renewable energy race. According to the Global Wind Energy Council, the world will add an estimated 557 GW of wind energy capacity between now and 2026. That same year, renewable energy is predicted to account for more than 90% of the world’s increase in power capacity.

This is especially important in developing countries, which must create independent, reliable power sources. Wind, solar, and other sources of renewables help lower costs, buffer against fluctuating prices, and reduce the impact of climate change. Renewable energy creates new job opportunities and reduces dependence on foreign oil and natural gas, and can even alleviate gender inequality, reducing the burden on women who are often responsible for retrieving fuel and water.

In November, AMEA Power also signed an agreement with the Egyptian government to develop a massive green hydrogen project. The hydrogen will serve as a component for making green ammonia. The 1-GW plant will produce up to 800,000 tons of green ammonia annually to export. To develop the project, AMEA partnered with the Egyptian Electricity Transmission, the Sovereign Fund of Egypt, the Suez Canal Economic Zone, and the New and Renewable Energy Authority.

AMEA’s renewable energy deals are a significant milestone in Egypt’s transition to clean energy. It could be a sign of good things to come in other struggling countries, especially during this challenging period of climate change and environmental constraints.

The world as a whole is moving toward green energy. Last year, carbon emissions from the power sector were only 65% of their 2005 levels, and renewable energy production grew by 4%. The coal sector of the U.S. energy market saw a 40% dip from 2011 levels. 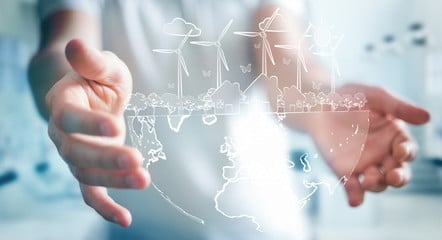 The transition to green energy is affecting the entire planet. Image used courtesy of Adobe Stock

While developing countries are slower to adopt green energy, they aren’t stagnating. Private companies like AMEA are a crucial source of funding and workforce for underserved regions, stepping in to help when governments cannot. No matter the economic or political situation, every country has access to wind and sunlight–it’s just a matter of harnessing them.