Three through hole and two surface mounted series of non-isolated switching regulators operate from inputs ranging up to 36 volts.

The new non-isolated point of load (POL) devices offer outputs ranging from 1.5 to 15 volts at 0.5, 1.0 or 2.0 amps. Some output voltages are adjustable, and efficiencies are as high as 96%. 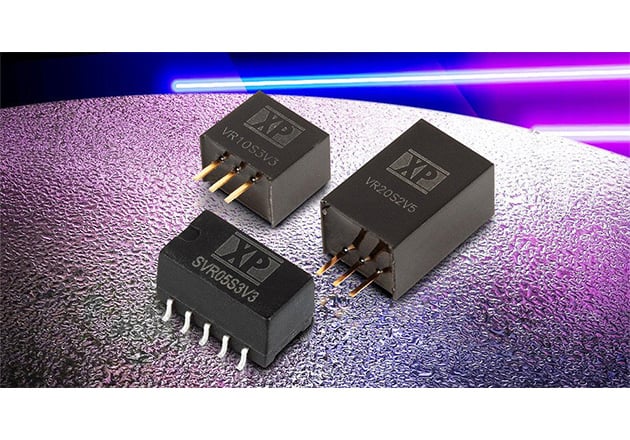 What is a PoL Regulator?

Point of load (POL) regulators generally receive their input power from the backplane and convert that voltage to the specific voltage needed for a localized area within an electronic device. This obviates the need for one power supply to generate all necessary voltages.

It also eliminates resistive losses over PCB traces and cables. With the high switching frequencies inherent in modern electronics, a centralized solution is also vulnerable to the effects of inductance within long pathways as components switch on and off.

The SVR05 series consist of nine devices all providing 0.5 amps output at referenced output voltages from 1.5 to 15 volts. These voltages are adjustable as described in the SVR05 data sheet. Standby current is 100 µA.

The SVR10 series consist of eight devices all providing 1.0 amps output at referenced output voltages from 1.5 to 12 volts. These voltages are adjustable as described in the SVR10 data sheet. Standby current is 1mA or less.

All members of both the SVR05 and the SVR10 series offer remote on/off control.

The VR05 series are 0.5 amp output units include five devices with outputs ranging from 3.3 to 15 volts. Idling current consumption is as little as 0.2mA

The VR10 series provides 1.0 amps out. This series has six members, also with output voltages similar to the VR05 series. Here, the idling current is 0.3mA

All three members of the VR series are available in SIP3 packages. Dimensions are:

The members of these five series of PoL regulators will serve as modern replacements for last-generation, inefficient linear regulators. Specific applications include: