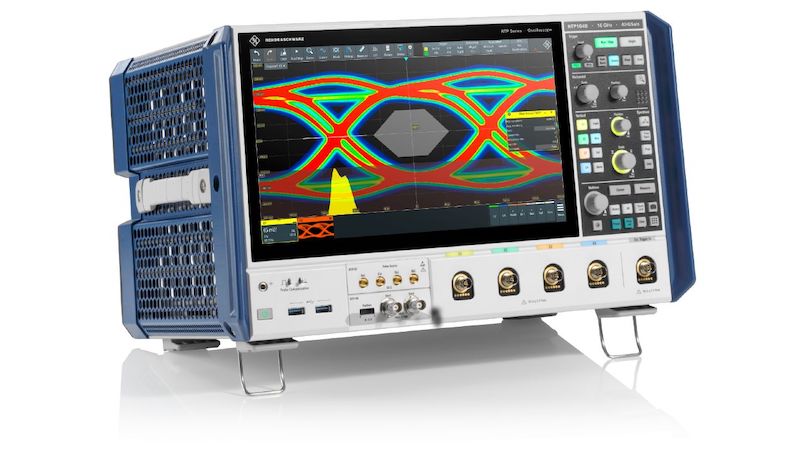 The latest iterations of the R&S RTP oscilloscope offer an improved UI and a larger display. Image used courtesy of Rohde & Schwarz

Bandwidths for the fresh models range from 4 to 16 GHz, with sample rates of up to 40 gigasamples per second; all models also support bandwidth upgrades to 16 GHz. Base case standard acquisition memory has been increased to 100 Mpoints per channel, with a further upgrade option of up to 3 Gpoints per channel.

For full details, comprehensive device specifications can be found in the series datasheet, while all five models of the R&S RTP are described on the oscilloscopes’ product page.

An oscilloscope is a device that paints a picture of voltage as it varies over time.

For example, if an operator attached the scope's probe to an AC signal, they would see the familiar sine curve displayed on the device’s screen, along with any variation from the ideal. 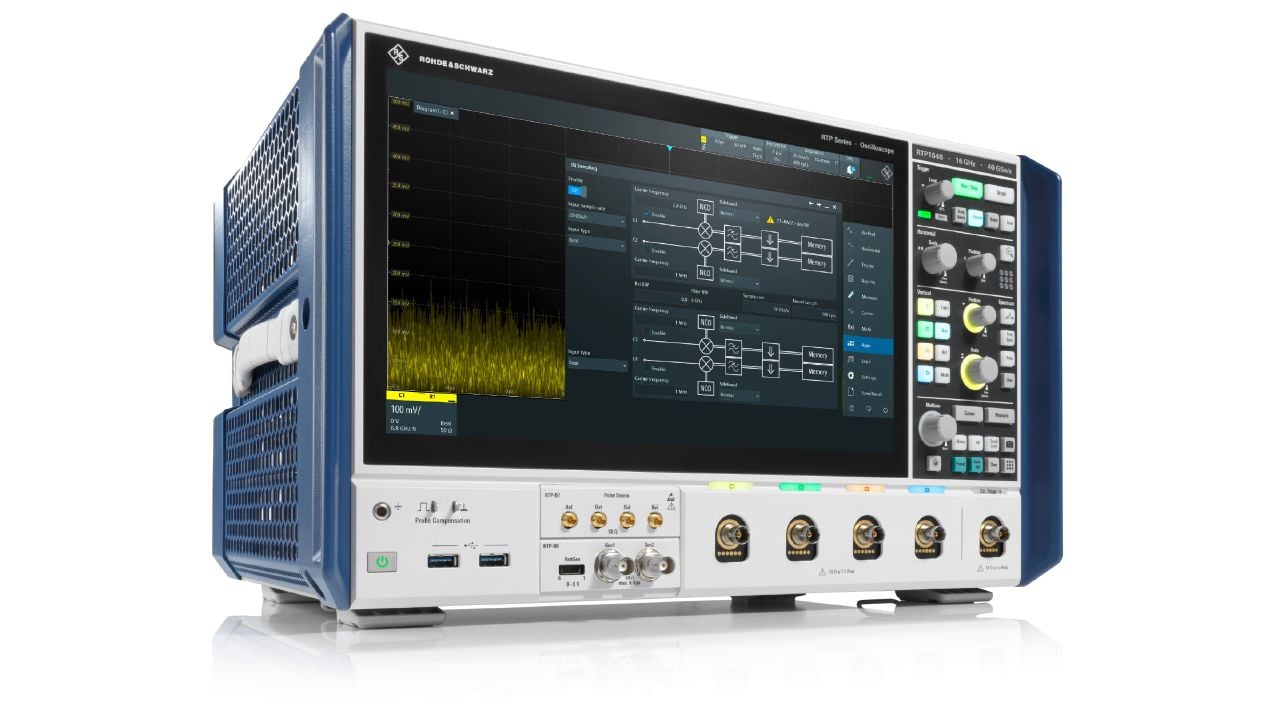 An oscilloscope paints a picture of voltage as it varies over time. Image used courtesy of Rohde & Schwarz

It is also possible to view many separate curves simultaneously and in relation to one another, allowing designers to gain insight into the circuit’s function. This capability makes it easier for engineers to gain design insights, or—further down the line—to spot, isolate and analyze circuit board design defects.

What is an ASIC?

R&S describes its application specific IC (ASIC) as at the core of its latest R&S RTP oscilloscopes.

An ASIC is a chip that is designed for a specific purpose, rather than for general use. It can take the place of many separate discrete components, thereby reducing the bill of materials (BOM) and costs.

A modern ASIC will contain many critical subsystems, and the interconnections between those subsystems are also established within the ASIC. These interconnections will be far shorter than the PCB traces that would otherwise be needed to connect separate ICs. This translates into higher system speed as well as greater electrical reliability and mechanical stability.

The R&S RTP oscilloscopes feature a specially designed acquisition and processing ASIC that functions as the devices’ working core. It is this special IC that enables the new models to offer a trendsetting acquisition rate of 750,000 separate waveforms per second.

With information transfer taking place at gigahertz-level speeds, establishing an electrical link between the device under test (DUT) and the oscilloscope is a formidable task.

Beyond bandwidth, the probe employed for the task must not add any capacitance to the device being measured, lest it change the operation of the circuit and render a skewed measurement. The R&S RT-ZM modular probe system addresses these issues. 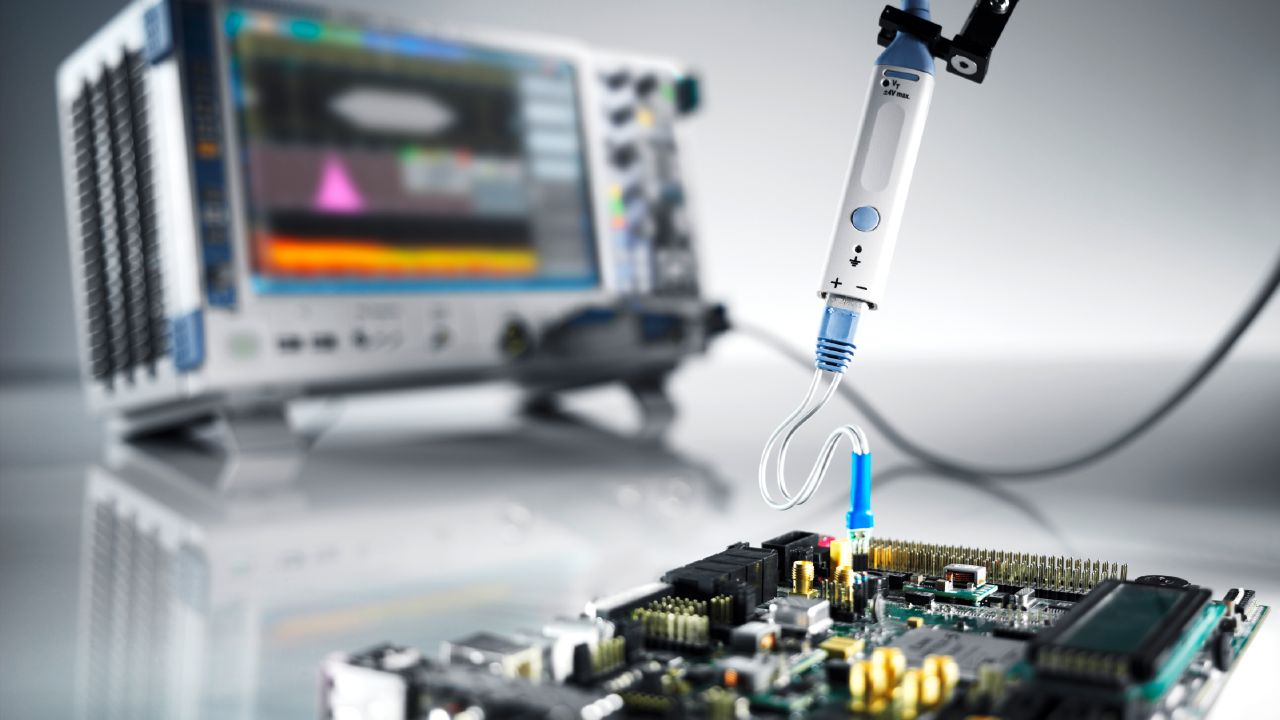 The system includes probe tip modules that can be connected to amplifier modules with bandwidths ranging from 1.5 to 16 GHz The modularity of the system allows users to switch between different measurement modes. As such, even without reconnecting the probe, it is possible to switch between single-ended, differential and common mode measurements.