By reducing turn-off spikes and ringing, both under normal operation as well as short-circuit (DSAT) conditions, SiC MOSFET modules can be safely operated in the higher frequencies that enable dramatic increases in power conversion density.

This allows SiC MOSFET modules to be operated closer to their rated specifications, resulting in size, cost and performance improvements.

In Vgs (V Gate to Source) switching transitions a plateau corresponding to the Miller Capacitance is observed. Rapid transition to and from this "Miller Plateau" results in lower switching losses, ringing, overshoot voltage. Augmented Switching™ is a method that includes one or more transitions and plateau rest periods. 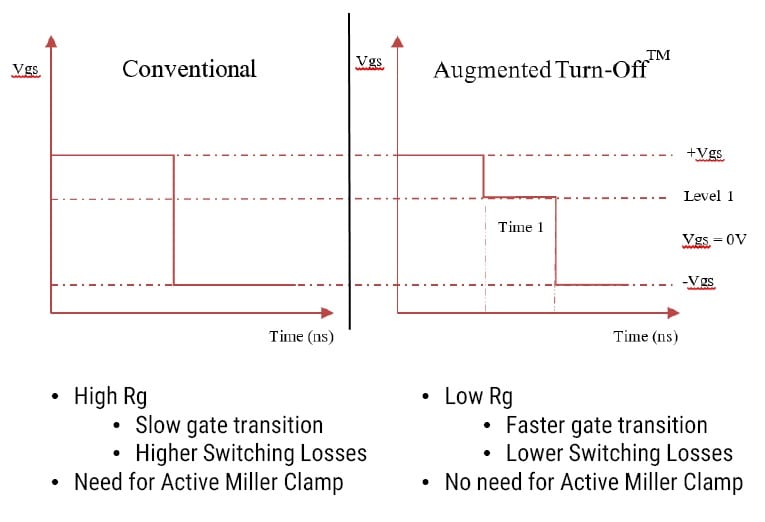 The ASC1 gate driver core is designed for harsh, high-noise environments, with optional conformal coating. It is equipped with powerful diagnostic and troubleshooting tools and it continuously monitors critical parameters, such as temperature and dc link voltage. 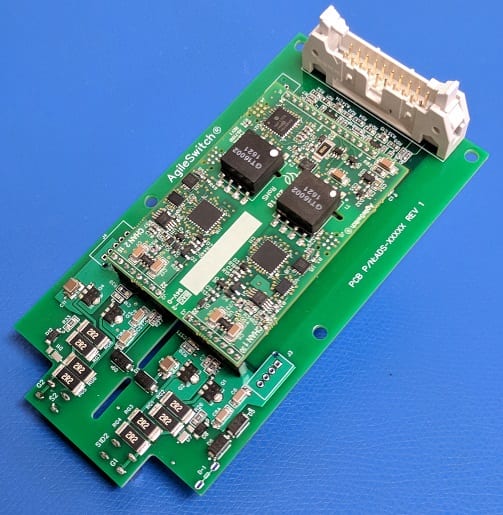 "Designers want the benefits of switching at higher speeds using smaller, lighter, less expensive system components.  But, today, this can only be achieved by reducing the switching efficiency, which effectively negates much of the benefits," said Rob Weber, AgileSwitch CEO.