Both members of the new BMR491 series can deliver 12 volts at 1300 watts of continuous output power and are available in standard quarter-brick dimensions of 2.30 x 1.45 x 0.57 inches. 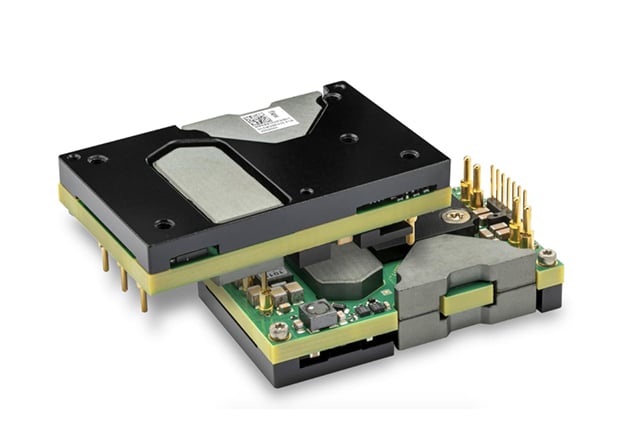 What is Hybrid Regulated Ratio (HRR)?

Fixed ratio conversion operating at a fixed duty cycle has the advantage of enabling powertrain optimization for efficiency and filtering.

Adding ratio regulation to the fixed ratio conversion is achieved by making the duty cycle a control element. The benefits include both stability as the load varies from no load to full load and greatly improved transient response.

A further advantage can be gained by allowing dynamic transitions between the two methods, which Flex Power Modules defines as hybrid regulated ratio (HRR).

Combining the two regulation schemes provides the improved efficiency and filtering performance and reduces the variation of the output voltage over the input voltage range.

This complex scenario is explained in detail by Flex Power Modules.

The BMR4910203/851 operates over an input range of 40 to 60 volts and provides up to 1300 watts of continuous power at 12 volts. At 48 volts input, when driving a half-load, the unit achieves an efficiency of 97.4%. This fully regulated version also allows paralleling of up to 5 modules enabling outputs of up to 6.5 kW.

The BMR4910204/852 also delivers an output power of up to 1300 W continuous, and can additionally provide 1850 W peak power for up to one second. This version works from an input range of 48 V to 60 V. At 48 volts input when driving a half-load, it sports an efficiency of 97.6%. It is this member of the BMR491 series that employs Flex Power Modules’ proprietary HRR technology.

Both units incorporate a baseplate for better heat dissipation and both feature galvanic isolation of 1500 volts between input and output. These DC/DC converters feature over-temperature, over-voltage and short-circuit protection and offer a mean time between failures (MTBF) of 7.7 million hours.

The Flex Power Designer Software Tool provides engineers with a means of simulating a design’s behavior in relation to factors including transients, output impedance and power dissipation. 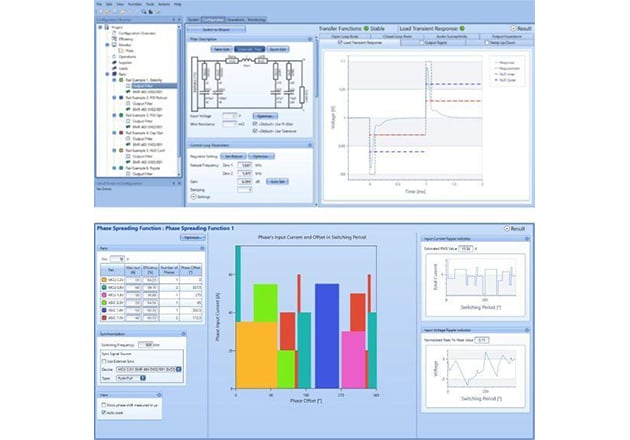 It offers a comprehensive suite of capabilities for monitoring, configuration and control of not only individual Flex Power Modules, but also an overview of the entire power system.