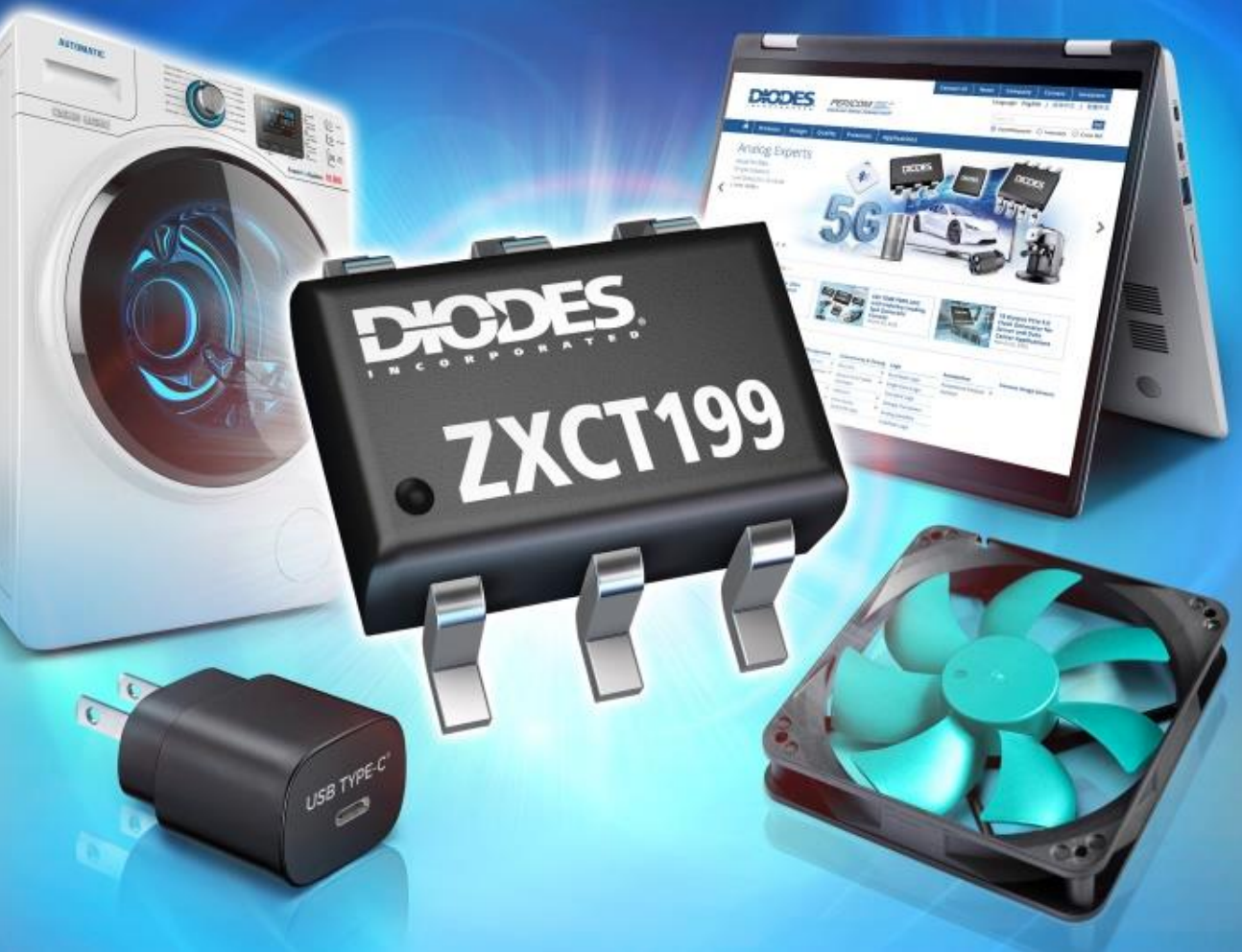 The units’ low offset voltage and zero drift architecture enables them to accurately measure current passing through shunts even with a voltage drop as low as 10mV full-scale, the company said in its announcement release. This allows high currents to be measured across inexpensive, small-value resistors, Diodes noted.

As illustrated in the series datasheet, those gains are stable up until just under 10 kHz, with all three derateing to zero at frequencies above 1.2 MHz. 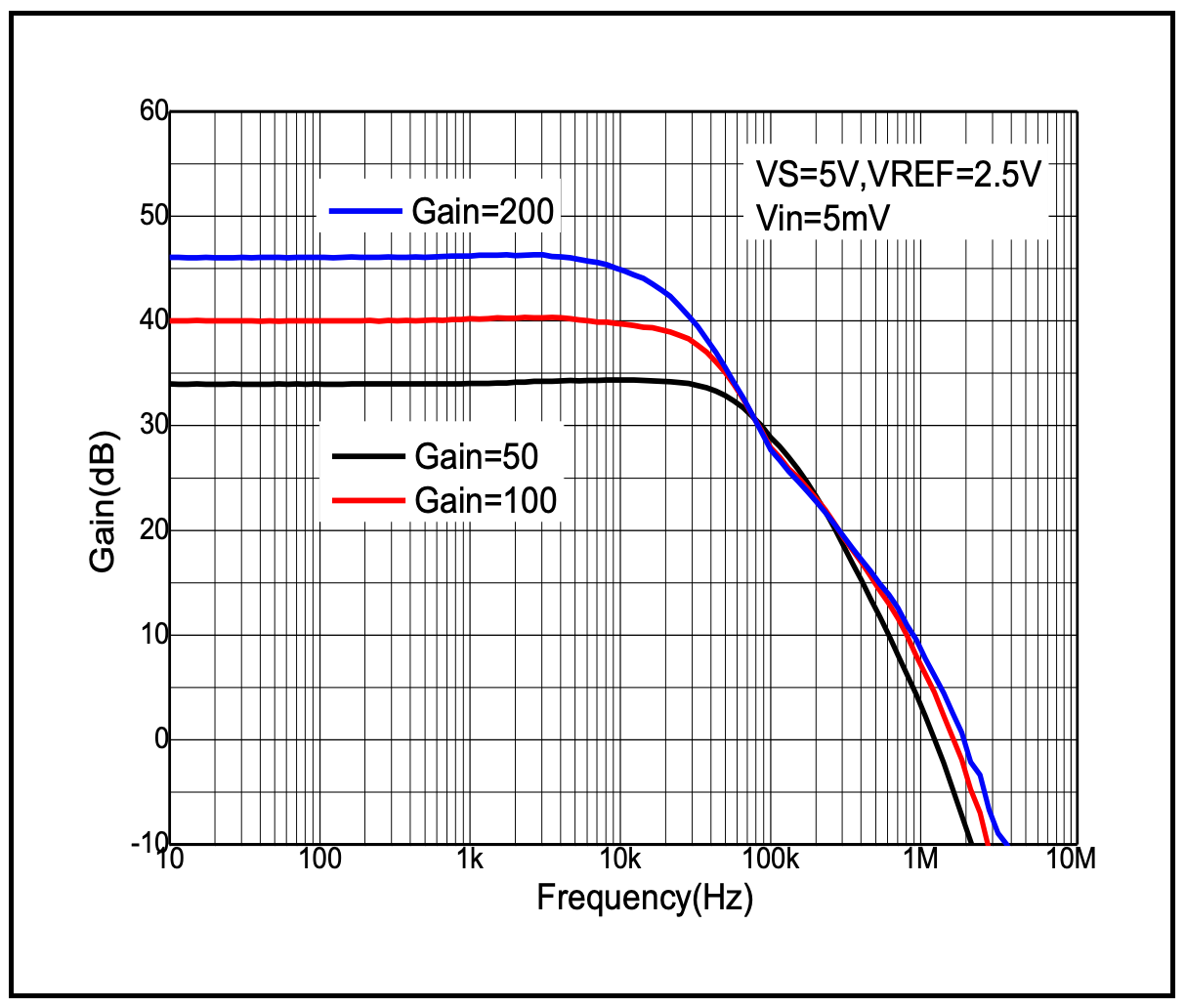 At each of the three gain points, Diodes Incorporated offers variants featuring offset voltages (Vos) of either ±80, ±100, or ±150 microvolts.

As depicted below, the current to be measured passes through the shunt resistor. Some power must be wasted crossing the resistor (P = I2R), so its resistive value must be as low as is practicable. Because E = I x R, the voltage across the shunt is directly proportional to that current, and because the resistive value is low, so too will be the voltage measured across it. 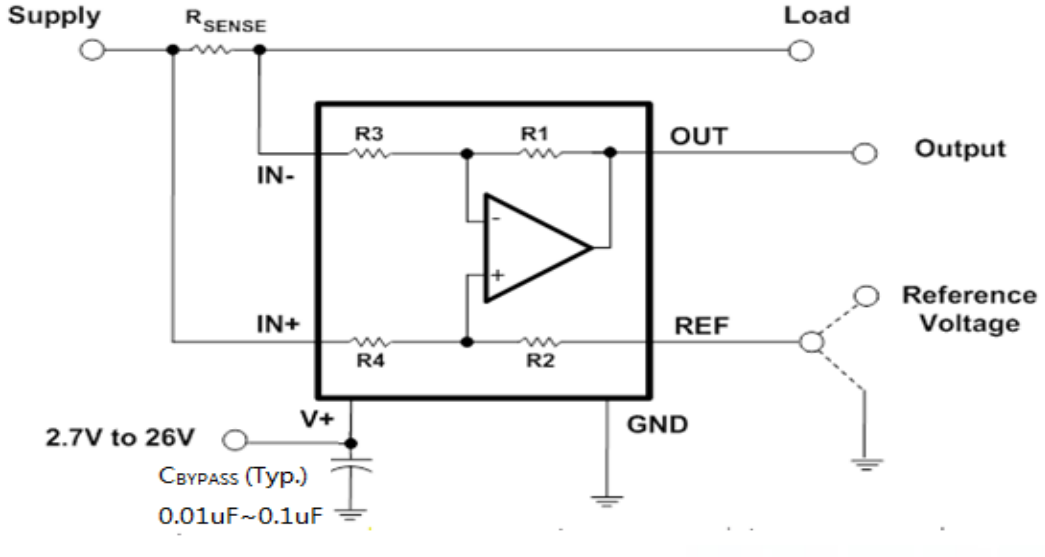 That tiny voltage, directly proportional to the current being measured, is fed into the op amp. Depending on which ZXCT199 version is chosen, the measured voltage is multiplied by either 50, 100 or 200, and is thus more easily measured by other system components and readily converted into the current’s value.

These current monitors operate with an unusually wide supply range of 2.7 to 26 volts, and draw a maximum current of 100 microamps. Per Diodes, these wide allowable supply voltages provide engineers significant design flexibility.

To protect the components that read the current monitor’s output, a 5-volt power supply will ensure non-hazardous voltage to 5 V devices, such as analog-to-digital converters (ADC). Another alternative is to employ a voltage divider at the ZXCT199’s output.

The maximum gain error over the specified temperature range is 0.8%. Zero-drift performance is at a maximum of 0.5 µV/℃.

Diodes can produce specialized versions of these current monitors for automotive OEMs that require specific change control. Per the series' product page, the company can qualify parts to AEC-Q100/101/104/200 and PPAP, and manufactures in IATF 16949-certified facilities.

The units are “Green,” meaning they contain no halogen or antimony. They are also lead-free and RoHS-compliant.