When Will We See Hydrogen-powered Airliners?

When Will We See Hydrogen-powered Airliners?

In the quest to achieve zero-emission aviation, scientists and airlines are discovering that flying takes a lot of energy and jet fuel is proving to be very hard to replace.

If you want to understand the challenge that zero-emission aviation faces, consider this—Boeing says that a 737 airliner uses almost 600 kilograms (kg) of aviation jet fuel to takeoff and reach 10,000 feet. Jet fuel has an energy density of 43 megajoules per kilogram (MJ/kg), so the total energy required is about 25,800 megajoules, or about 7,150 kilowatt-hours (kWh)). 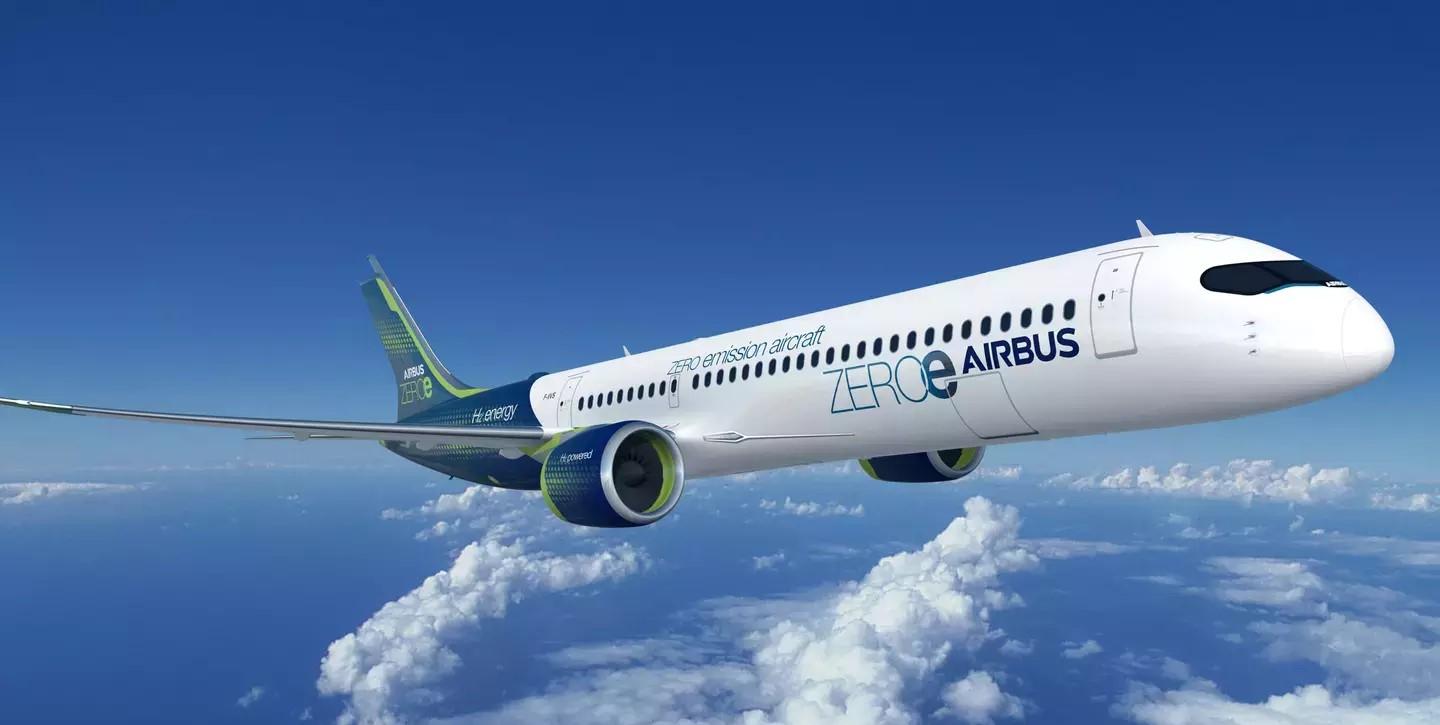 The best present commercially available lithium-ion (Li-ion) batteries have an energy density of about 0.9 MJ/kg, or about 0.25 kWh/kg, so for an airliner to take off requires more than 28,000 kg (63,000 pounds) of present-day batteries. Except for lightweight small air taxis and possibly regional commuter flights, at least in the near future commercial aviation using lithium-ion batteries is a nonstarter for airliners.

What are the alternatives to fossil-fuel-based jet fuel? Sustainable aviation fuels (SAFs) are synthesized by breaking down biomass and waste materials and recombining them into energy-dense fuels that are like fossil-derived jet fuels. The carbon footprint of SAF is smaller than jet fuels (about 80 percent less), and using waste matter solves issues of methane release when biomass is placed in a traditional landfill.

Airlines have tested SAFs and mixtures with regular jet fuels without issue. At present, these synthetic fuels are more expensive than fossil-based fuels, but the concept has strong backing from the aviation industry.

Hydrogen Could Be an Alternative to Jet Fuel

If SAFs represent a solution for lower-emission long-distance air travel, they are not the only solution. Hydrogen has three times more energy per unit of weight than conventional jet fuel (120 to 142 MJ/kg). Hydrogen can be produced from fossil fuels (more than 95 percent is currently produced this way) in a process that is highly greenhouse gas (GHG)-intensive, or it can be produced by electrolysis using renewable energy (a near zero GHG emission method).

Although hydrogen’s energy density is high, it is very light, so it requires much larger fuel tanks on board an aircraft when stored in a gaseous state, or cryogenic technologies if stored in a super-cooled liquid state. Both options require significant infrastructure changes to allow refueling on the ground.

A German company called H2FLY is developing a liquid hydrogen (LH2) storage tank for use on board an aircraft. The cryogenic hydrogen storage tank has recently passed the vibration and LH2 leakage test of its French industrial gas and service supplier Air Liquide. This is considered a major milestone as the company works to integrate LH2 storage into a working demonstration aircraft powered by hydrogen.

Hydrogen Fuel Cells Still Not Ready for Mass Use

Hydrogen fuel cells use catalysts (usually a metal such as platinum or palladium) to combine oxygen from the air with pure hydrogen to create electricity and water vapor. Hydrogen fuel cells have been used extensively in the space program to provide electrical energy to power spacecraft, most notably on Apollo manned missions to the moon.

For several decades, fuel cells have been proposed to provide electrical energy for electric vehicles (EVs) in place of battery packs. One advantage of a fuel cell is that refueling with hydrogen, although requiring specialized fueling infrastructure, can take place much more quickly than charging an onboard battery pack.

Unfortunately, even with vast amounts of research and development, including several real-world projects with hydrogen-equipped vehicles, the cost of the fuel cell, difficulties with on-board and fueling station storage, and the production of hydrogen that primarily uses fossil fuels, hydrogen still isn’t ready for use on the nation’s highways and city streets.

Hydrogen fuel cells, however, might be a viable option for aviation. Companies such as H2FLY are developing an aircraft power system that uses a high-power-density fuel cell that runs on cryogenic LH2 that is stored onboard existing two or four set aircraft in tests.

Another European company called H3 Dynamics is also looking at ways to carry hydrogen in pods that hang from an aircraft’s wing and that can be used to feed fuel cells to provide electrical power for motor-driven propellers. 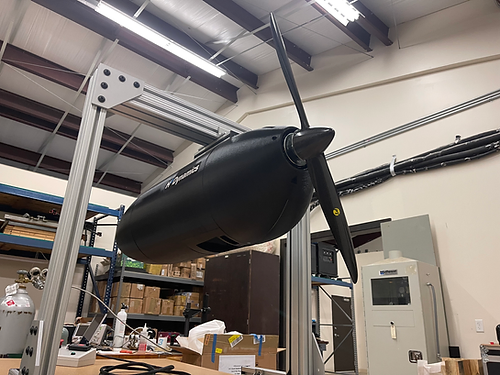 H3 Dynamics is exploring ways to carry hydrogen in pods that can power motor-driven propellers. Image courtesy of H3 Dynamics

Fuel cells seem to be viable for smaller all-electric commuter aircraft in place of Li-ion battery packs, but jet engine giant Rolls-Royce sees them as useful to replace batteries in auxiliary power units and other onboard applications requiring electrical energy. To produce the thrust necessary for takeoff, Rolls-Royce is proposing to use hydrogen directly as a combustion fuel in gas jet turbines. 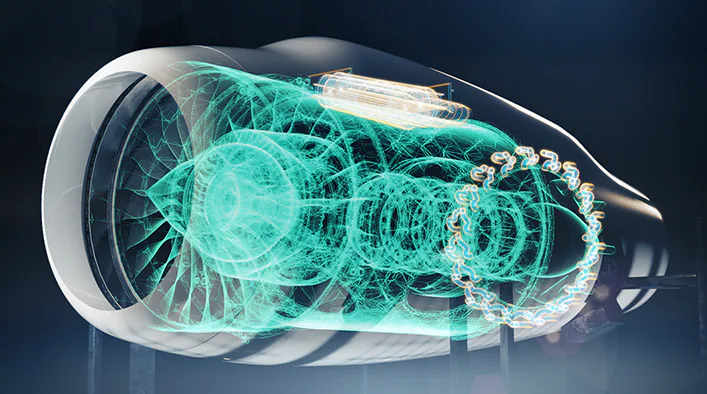 Rolls-Royce is proposing to use hydrogen directly as a combustion fuel in gas jet turbines. Image courtesy of Rolls-Royce

In initial testing in partnership with easyJet, Rolls-Royce converted an AE 2100-A turboprop engine to run on gaseous hydrogen. A second series of tests will lead to full-scale ground trials of a modified Rolls-Royce Pearl 15 engine of the type that is typically found in business jet aircraft. In addition, Airbus has plans to test hydrogen-powered jet engines on a super-jumbo A380 aircraft with the goal of bringing a zero-emissions aircraft into service by 2035.

In the short term, drop-in SAFs appear to be the most likely way to reduce GHG emissions from the aviation sector. Battery power may be viable for small air taxi applications, while fuel cells using hydrogen produced from renewable energy or using electricity from nuclear reactors with electrolysis are further out and will likely be limited to smaller regional and commuter aircraft.

Combustion of hydrogen appears to be the only true near zero-emission way to power a long-range airliner, and although work is underway, it won’t be available for at least a decade or more.