These two alternative fuels seem to compete, but both have their own place in the broader transportation market. Here are the key differences and market dynamics at play.

Lithium-ion batteries are the current storage standard for most battery-electric vehicles (BEVs) on the market today. But the emerging interest and development in hydrogen fuel cell electric vehicles (FCEVs) adds a disruptive dynamic to the alternative fuel industry. 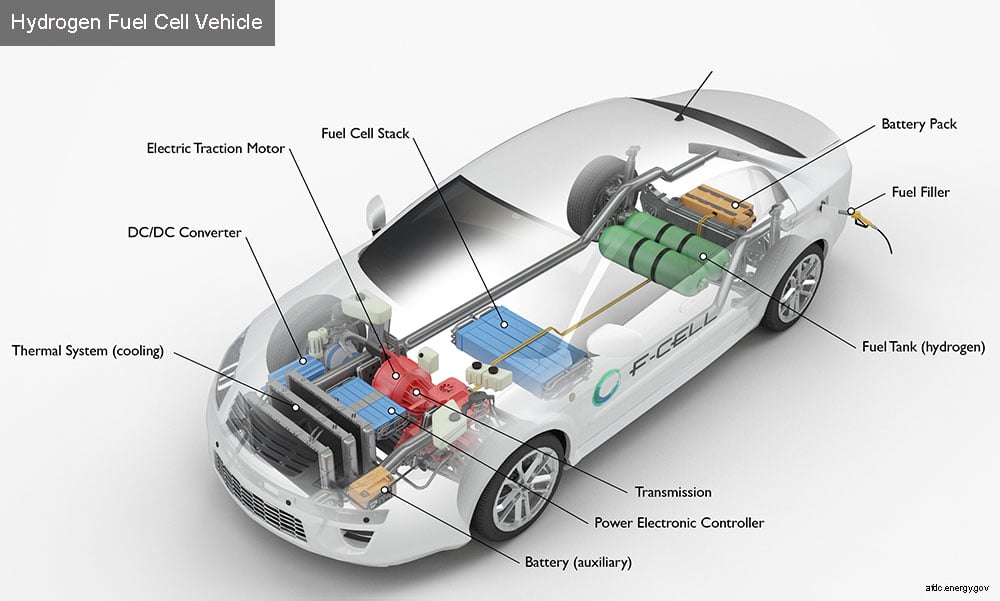 The two technologies are seemingly in direct competition with each other, but battery-based EVs are winning the adoption game. Few FCEVs are available to consumers in the United States. FuelEconomy.gov lists two: Toyota’s Mirai sedan (available in LE, Limited, and XLE options) and Hyundai’s Nexo SUV. Both brands have existing or upcoming BEVs that compete with their FCEV counterparts. Toyota recently launched its BEV-based bZ4X SUV and plans to add 15 more BEVs to its global lineup by 2025. Hyundai plans to introduce 17 new BEVs by 2030.

But batteries and hydrogen fuel cells have their respective pros and cons. Where FCEVs lack competitive efficiency and charging infrastructure, BEVs require longer charging times and often rely on volatile rare-earth metal supply chains for components. Many argue that BEVs are better suited for the passenger car market, while FCEVs have already found a natural application in larger vehicles such as buses, trucks, and heavy equipment.

Pros and Cons of Batteries vs. Hydrogen Fuel Cells

Polymer electrolyte membrane (PEM) cells use hydrogen gas (stored in a high-pressure tank) and oxygen pulled from the air to generate electricity. Lithium-ion batteries, on the other hand, use a liquid electrolyte to move ions from the anode to the cathode through a separator.

An overview of fuel cell components and how they interact. Image used courtesy of DOE’s Office of Energy Efficiency and Renewable Energy

The main con of hydrogen fuel cells is their low volume of energy content, which complicates storage in size-limited applications such as light-duty vehicles. As such, the amount of energy storage depends on the size of the hydrogen fuel tank. This is where FCEVs might make more sense in commercial and industrial segments (more on this in the next section).

For passenger cars, the Department of Energy (DOE) says the storage capacity for light-duty hydrogen vehicles should enable a driving range of over 300 miles to meet consumers’ needs. Most all-electric cars can go 100 to 400 miles on a single charge.

But the hydrogen fuel cell market is already catching up to that benchmark. The newest FCEVs from Toyota and Hyundai can reach 330 to 402 miles, per estimates from FuelEconomy.gov. Still, the same must be achieved consistently across several vehicle types without compromising consumer expectations for space, performance, safety, or cost.

Setting aside the question of whether hydrogen fuel cell technology is ready to compete with battery EVs, any surge in adoption would require a massive increase in charging infrastructure. According to DOE statistics, there are only 54 hydrogen fueling stations in the U.S., all centralized in California and Hawaii. Comparatively, BEV drivers have access to 48,068 charging locations nationwide, with plenty of options for Level 1, Level 2, and DC fast charging.

However, FCEV drivers spend far less time refueling than their BEV counterparts. According to the DOE, Level 1 units yield a range of 2–5 miles per hour of charging, Level 2 units add 10–⁠30 miles per hour, and DC fast chargers add 100 to over 200 miles of range in 30 minutes. Comparatively, the average time spent fueling an FCEV is less than four minutes.

Another factor in FCEVs’ favor in terms of competitiveness is that most of the cost is tied to manufacturing the fuel cell stack, which can be done domestically as most hydrogen fuel cells are produced in the U.S. However, in battery EVs, much of the cost comes down to extracting and processing the raw materials required to make the components.

This is where many EV suppliers run into issues with volatile import markets. The typical EV requires six times the mineral inputs of conventional gas-powered cars. The International Energy Agency points out that, unlike oil, the production and processing of critical minerals like lithium and cobalt are almost entirely concentrated in a handful of countries, of which the top three producers account for more than 75% of the supply. Concerns about price instability and supply security in the rare-earth metal market have led many EV makers to invest in battery recycling and diversify their battery chemistries.

Batteries vs. Fuel Cells: Which is Better?

Battery EVs and FCEVs compete in a technical sense, but both have a practical place in the transportation market. Batteries have become the industry standard for size-limited passenger cars, whereas hydrogen fuel cells are more versatile and can be used in long-haul and heavy equipment end-markets, such as construction, trucking, and mining. 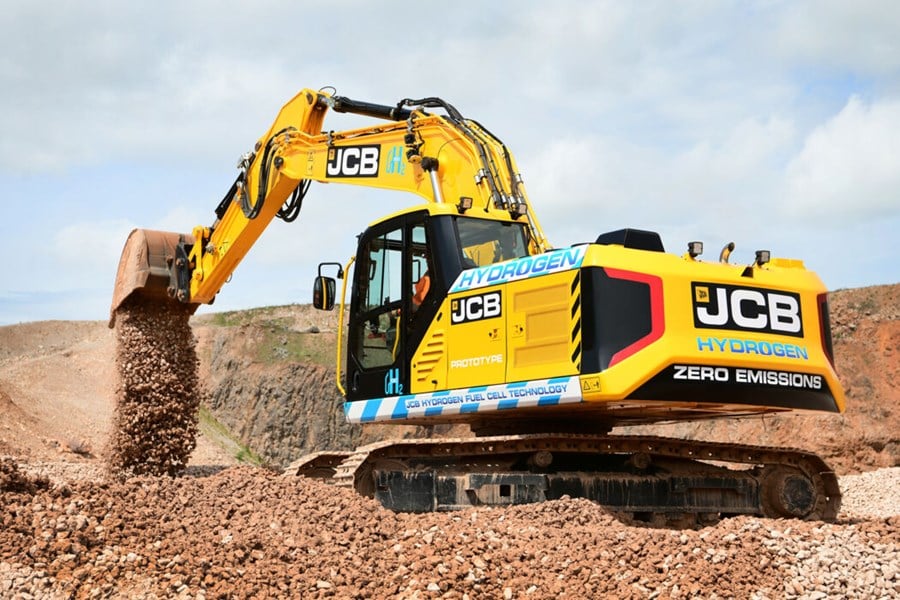 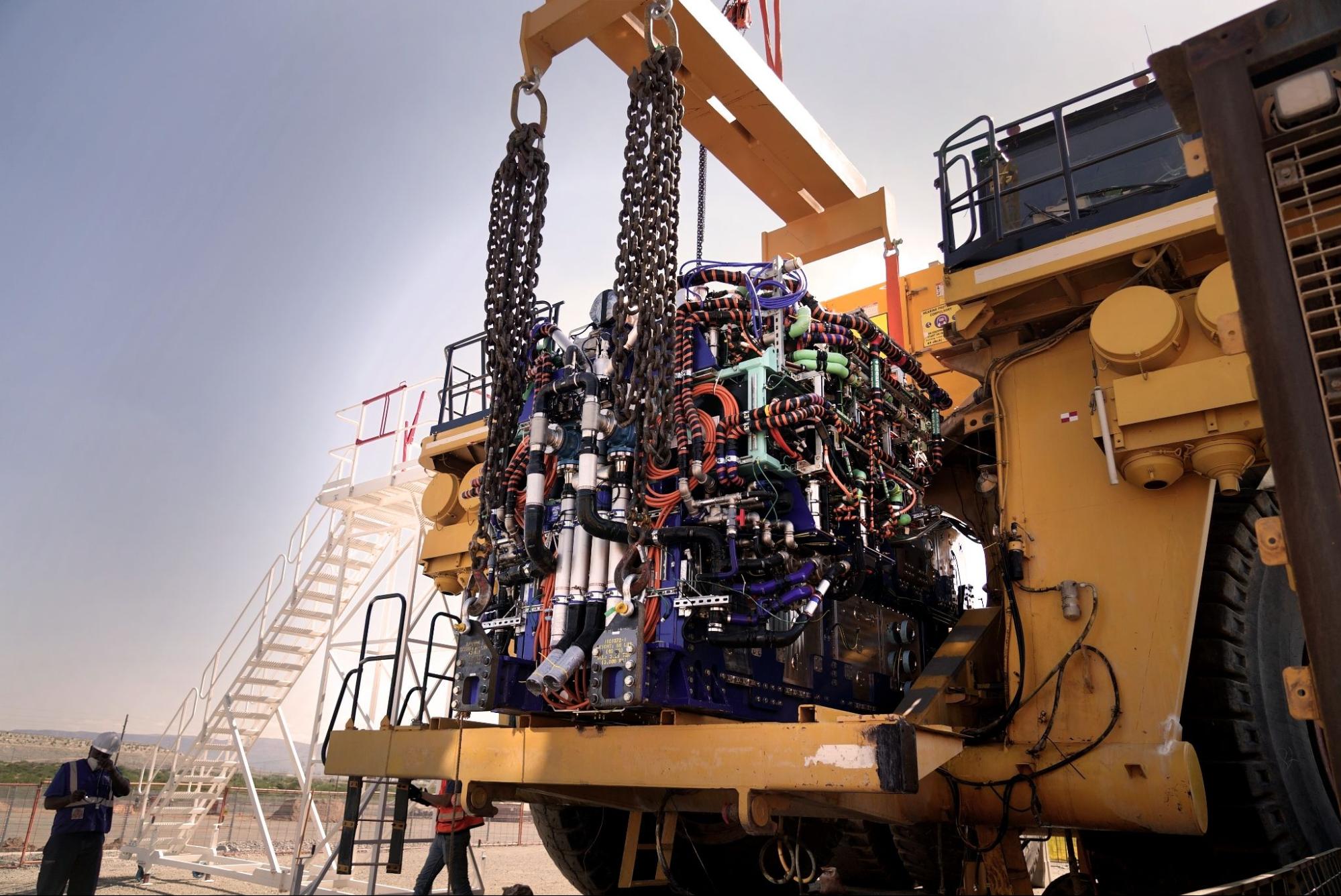 End applications aside, batteries remain king in the industry—at least for now. Car giants are fully on board with electrification, investing billions of dollars in expanding their lineups and manufacturing capacity. Tesla CEO Elon Musk and former Volkswagen Group CEO Herbert Diess have both criticized hydrogen fuel cells for their shortfalls in storage and efficiency.

Still, a few leading carmakers are quietly exploring hydrogen engine development or expanding their existing technology. Ford, for example, has filed a patent to secure its concept for hydrogen-fueled combustion engines. General Motors also has several projects in development for its Hydrotec fuel cell technology for heavy-duty trucks, aerospace, and locomotive applications.