The global aviation industry only produces about 2.5 percent of total carbon dioxide (CO2) emissions (about 12 percent of the CO2 emissions from all transportation sources), but because the CO2 is emitted at a high altitude, the emission may have a greater effect than its share–perhaps by a factor of two by some estimates. 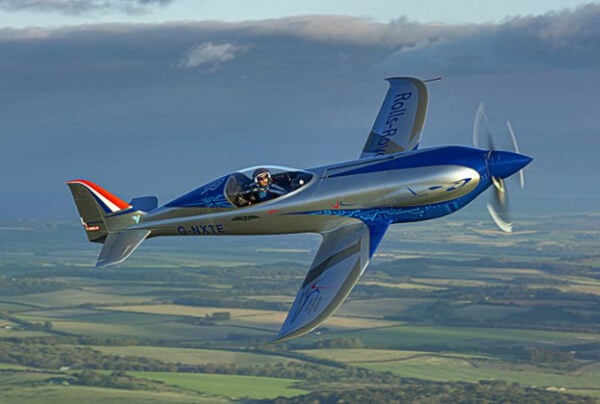 Still, given how much more other industrial segments emit, it is surprising how much effort is going into reducing the greenhouse gas (GHG) emissions from the aviation sector. The challenges are significant—the energy required to propel a fully-loaded commercial aircraft through the air has thus far required the kind of power that can only come from the combustion of fossil fuels—principally jet fuel, which is a liquid hydrocarbon fuel typically derived from crude oil.

Among various efforts to reduce or eliminate CO2 emissions from aviation is the formulation of sustainable aviation fuel (SAF) made of cooking oil, animal fats, municipal waste, or other feedstocks (Boeing is said to favor the SAF approach). It is more expensive than conventional jet fuel but can be blended with fossil fuels to power jet engines.

There are goals in place to cut aircraft emissions by 20 percent by 2030 which would require the production of 3 billion gallons of SAF—the current SAF production is around 5 million gallons per year. The longer-term goal is to replace all conventional jet fuel with SAF by 2050, a target that seems overly optimistic.

Many in the airline industry see SAF as a bridge fuel—a way to reduce emissions and continue to operate conventional aircraft for the next 20 or 30 years until new technologies embodied in electric- or hydrogen-powered planes can be brought to market.

Hydrogen can be burned in jet engines to power a range of aircraft types. In fact, hydrogen is recognized as the only near-term, zero-carbon, scalable fuel for aviation applications. Hydrogen contains three times more energy per unit of weight than conventional jet fuel.

Commercial airline company easyJet and aircraft engine builder Rolls-Royce have announced a partnership “for the development of hydrogen combustion engine technology capable of powering a range of aircraft, including those in the narrow-body market segment.”

Johan Lundgren, the CEO of easyJet, said in a Rolls-Royce news release, “In order to achieve net zero by 2050, we have always said that radical action is needed to address aviation’s climate impact. That’s why today, we are so pleased to announce this partnership with Rolls-Royce.”

He added, “The technology that emerges from this program has the potential to power easyJet-size aircraft, which is why we will also be making a multi-million-pound investment into this program. In order to achieve decarbonization at scale, progress on the development of zero emission technology for narrowbody aircraft is crucial.”

The project is called H2ZERO and both companies will work together to bring about a series of engine tests on the ground, starting later this year with the goal of taking the technology into the air to demonstrate that hydrogen can power a range of aircraft from the mid-2030s onwards. 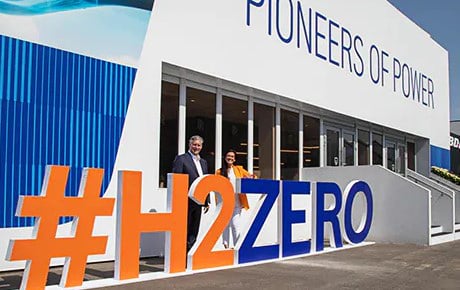 Grazia Vittadini, Chief Technology and Strategy Officer, Rolls-Royce, said, “H2ZERO is a big step forward for Rolls-Royce and we are excited to be working with a partner that shares a desire to innovate and find new answers to aviation’s biggest challenges. We at Rolls-Royce want to be ready to pioneer sustainability with whatever the future requires, be it hydrogen, electric power, sustainable aviation fuel, or gas turbine efficiency. This agreement further inspires us to move forward.”

Replacing conventional jet fuel with hydrogen will also require significant infrastructure changes. Although the energy density of hydrogen is high, it is very light which will require much larger fuel tanks for the same range. In addition, the gas must be stored at extremely high pressures (several thousand pounds per square inch) in heavy tanks. Refueling facilities on the ground must be capable of safely storing vast amounts of hydrogen chilled into liquid form.

At present, 95 percent of hydrogen comes from fossil fuels, a source of significant CO2 emissions. Carbon-free so-called “green hydrogen” can be made by electrolysis of water using renewable energy sources, but the infrastructure to do so is only in its infancy. The easyJet and Rolls-Royce agreement will also investigate infrastructure and regulatory requirements to support the use of hydrogen in aviation.

They aren’t the only ones in the aviation industry with an interest in hydrogen. Airbus, is also working to develop zero-emission commercial aircraft by 2035 and hydrogen plays a big role in its plans. 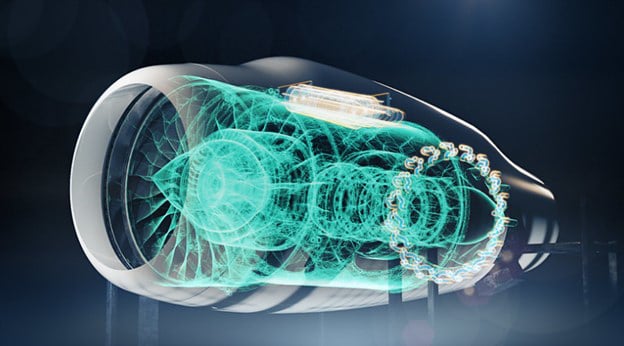 Although battery-powered electrically powered flying machines are also under development, most of these aircraft are relatively small and designed for short flights. Larger planes, big enough to carry 200 passengers will require much bigger batteries, possibly weighing up to 40 times more than the equivalent amount of jet fuel to produce the same range and performance. Carrying large heavy tanks of pressurized hydrogen would also have weight penalties; however, the calculations could work in favor of fuel cells instead of batteries.

After a two-year setback caused by Covid-19, the aviation industry is poised for exceptional growth in the coming decade. This will entail many more passenger miles in many thousands of new aircraft—how many of those aircraft will be zero-emission and how soon they will become part of the fleet is a question companies like Rolls-Royce and Hyundai are trying to answer.