Electric vehicles (EVs) are clean, quiet, and can be surprisingly fast, thanks in large part to the ability of an electric motor to produce its maximum torque from rest. These are all reasons ordinary EVs are growing in popularity, but they also provide a great starting point for developing high-end, ultra-high-performance sports cars.

Providing powerful drive systems for startups and established manufacturers who want to jump into the performance game quickly is the idea behind a new EV hypercar vehicle platform from Williams Advanced Engineering (WAE) in the United Kingdom. 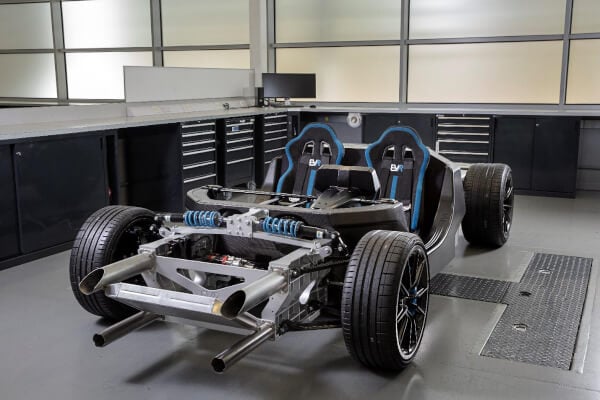 From Formula E to Hypercar Builds

WAE was a 2010 spinoff from Williams Grand Prix Engineering Limited and the Williams Formula One team purchased by Australian mining company Fortescue Metals Group in March 2022. WAE was the battery system supplier for the Formula E electric racing series grid from when the series began in 2014 to the end of the fourth season in 2018. The company specializes in advanced technologies and engineering, applied primarily to the automotive industry. 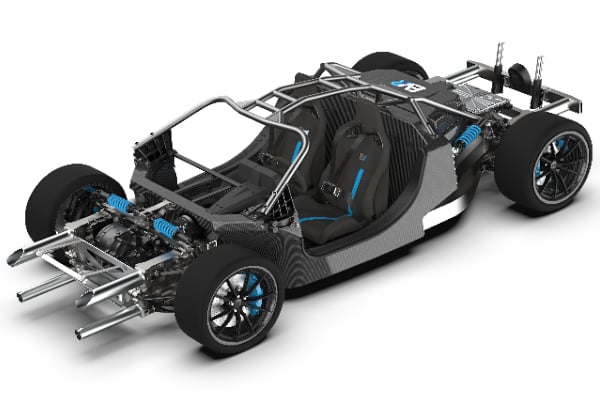 With its significant experience providing battery systems to the Formula E racing series, the EVR system provided to potential hypercar builders can be expected to be well-proven in high-performance applications.

In announcing EVR, the company suggested that a typical application would feature an 85-kilowatt-hour (KWh) battery pack capable of supplying over 2,200 horsepower (1,650 kilowatts) to a dual electric motor configuration.

WAE also has designed a fast-charging capability for its potential customers to reach 80 percent charge in under 20 minutes. The company predicts that a 3,900-pound (1800 kg) EV hypercar will be able to accelerate from zero to 60 mph in under 2.0 seconds and reach a top speed of 248 mph while also traveling up to 279 miles on a single charge (albeit at more normal highway speeds).

More Than Batteries and Motors

As an electric drivetrain, the EVR system is noteworthy, but WAE has built the package into a lightweight central tub made from composite materials, which has been developed in a way that allows a variety of open and closed vehicles that can be optimized for use strictly on a racetrack, or built into a road-going GT hypercar.

Unlike the “skateboard” design, shown by companies like General Motors, which places the battery pack under the floor of the vehicle, WAE has placed its battery system behind the passenger compartment. Although this results in a slightly higher center of mass, it is similar to the weight distribution of most traditional mid-engine sportscars. The battery location allows the interior to have a flat floor, which can be helpful when designing the vehicle interior. Front and rear suspension modules attach to the central tub and provide mounting for single or dual motor designs.

The EVR design can also include a hydrogen fuel cell that can act as a range extender when hydrogen from an onboard storage tank is converted into electricity to power the electric motors. 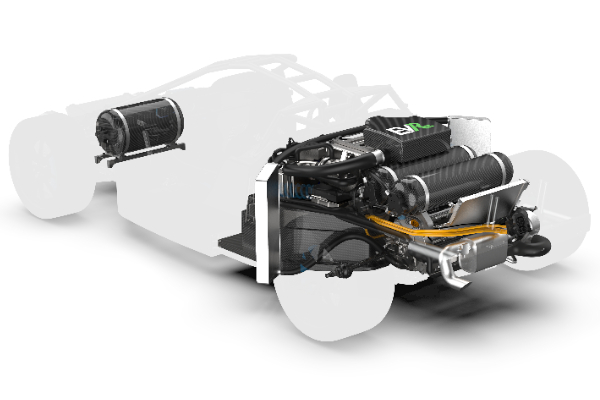 A hydrogen fuel-cell range extender with a hydrogen storage tank has also been designed as a part of the EVR system. Image used courtesy of WAE

If building small numbers of extremely expensive ultra-high performance hypercars seems like a risky proposition, the word hasn’t gotten around.

Would-be carmakers in Europe, Asia, the U.S., and South America send out renderings and bold claims about their upcoming electrified hypercars to entice investors. Some even get to the stage of building a prototype, and this is where EVR comes into play. WAE says it can deliver a first prototype within 12 months, and the first production vehicles can be built within two years of starting a project. 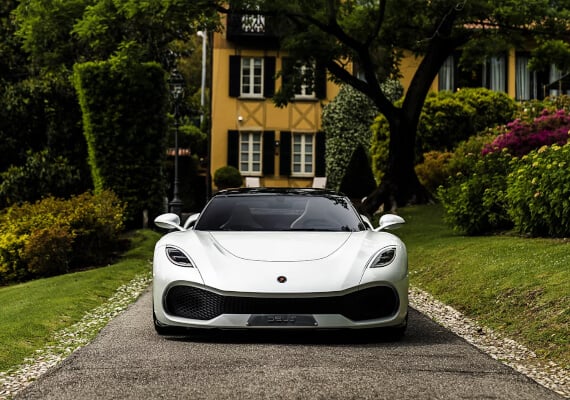 The first company that has announced that it will build an electric hypercar using the Williams EVR is Austria-based Deus Automobiles. Formed in 2020, the company showed its Deus Vayanne mockup at the 2022 New York Auto Show.

With a reported 2,200 hp and 1,475 lb-ft of torque, the performance of the all-electric hypercar should be stupendous. The company says that it will build just 99 examples of the EVR-based Vayanne beginning in 2025.

The ground is littered with promising EV startups that could not convert their electrifying designs into actual production vehicles. As many would-be EV automakers have found, there is a big difference between building a working prototype and going into full-scale production. It took several years for Tesla to go through “production hell” to get its manufacturing system working.

WAE’s strategy is shrewd—the company avoids investing its own funds in the actual production phase of a production EV. Instead, it works with nascent (and perhaps some well-established) EV makers as they develop their EV hypercar prototypes. This is incidentally generally the phase when at least a few dreamy-eyed investors have come on board and development funding is available.

The first public announcement of the WAE EVR project took place at the CENEX Low Carbon Vehicle Show in September 2022 at the Millbrook Proving Ground in the U.K. and was one of several EV innovations on display at the show.