Understanding the Role of Cell Balancing in Battery Packs

Understanding the Role of Cell Balancing in Battery Packs

When a battery pack is designed using multiple cells in series, it is essential to design the system such that the cell voltages are balanced in order to optimize performance and life cycles.

Typically, cell balancing is accomplished by means of by-passing some of the cells during the charge or discharge cycles. Adopting precise cell balancing achieves a larger capacity for the intended application as it heightens the state of charge (SoC). Read on to learn more about the concept of cell balancing, its importance, and its applications.

What is Cell Balancing?

Cell balancing is the process of equalizing the voltages and the SoC among the cells when they are connected and at full charge. The difference in the cell voltages are corrected instantaneously as much as possible or gradually by using by-passing cells.

It is known that no two cells are identical in nature even if they are from the same manufacturer and are of the exact same model. There are slight changes in each cell’s characteristics, be it SoC, impedance, capacity, or temperature characteristics.

The cells are arranged as modules and then interconnected to form a battery pack as shown in Figure 1. In most cases, the voltage across the interconnected series of cells is considered as a measure for detecting the SoC. 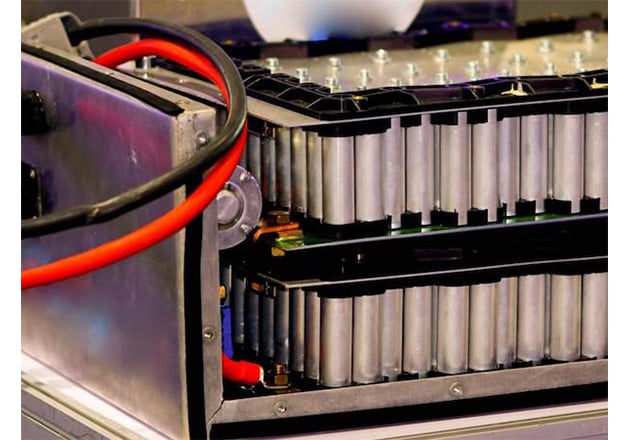 There is a slight leeway in terms of individual cell voltage variations, but it cannot exceed the allowable threshold limits. It is important to note that the cells with lower capacity or higher internal impedance have higher voltage across them during the charging cycle and are affected by overcharge leading to degradation of its capacity. Similarly, during the discharge cycle, they experience a lower voltage across them, leading to incomplete use of the overall capacity.

The unbalance in the cell voltages can occur due to various underlying reasons and most of the time hard to figure out. The most common type of unbalance is due to the different SoC of the connected cells. The total capacity of the cells can be different initially and, when connected, this can lead to unbalanced conditions.

Internal impedance changes are another reason for cell unbalance mostly during the discharge cycle and might lead to resistance imbalance. The unbalance in the battery pack can lead to severe consequences and its composition is as shown in Figure 2. 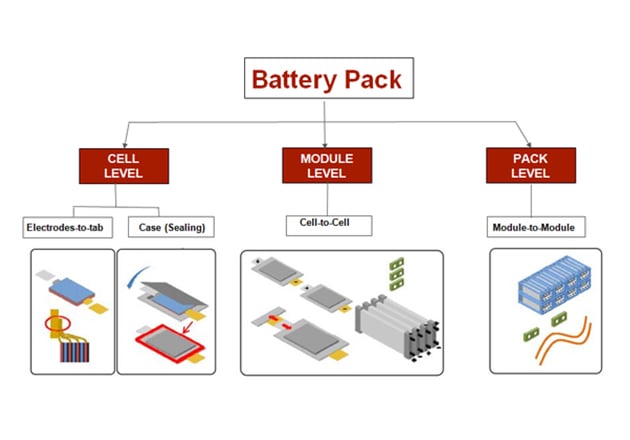 The cells tend to degrade sooner than their expected lifetime due to exposure to overvoltage, which is a result of unbalance in the cell voltages. This degradation can be due to SoC unbalance or even unbalance resulting from differences in the total capacity.

When the capacity deficiency exceeds the threshold limit, the cell voltage increases tremendously, resulting in a high-rate of degradation which further increases the cell voltage. This results in a serious safety concern due to the risk of explosion. In terms of the battery chemistry, Li-ion batteries are most affected by imbalances due to their capability of storing all the delivered energy.

If the charging is stopped at a little less than the maximum capacity, overheating can be mostly prevented. However, this leads to reduced capacity. The same approach can be extended during the discharge cycle as well, but it might affect the overall cycle life. To prevent a possible explosion, overvoltage protection circuits are commonly employed. This is for safety purposes and does not prevent the accelerated degradation of the cell in any way.

Battery packs are used in innumerable applications in our day to day lives, ranging from cellphones to huge automobiles. A battery pack can be composed of any number of individual batteries organized in either series or parallel configuration with the aim of providing the necessary electrical power to the devices. It is empirical that the efficient functioning of a battery pack is dependent on how optimally the individual cells are balanced. Typically, lithium-ion batteries are employed in battery packs because they possess high power density.

Battery Packs form a crucial part of medical applications like ultrasound devices, surgical tools, and a wide range of portable wireless medical devices. In the field of robotics, battery packs are extremely essential from use in toys to unmanned vehicles, rescue mission robots to automated equipment in several industries. They are indispensable in communication systems including a variety of wireless communication devices, safety, and security monitoring equipment.