In this article, learn what is meant by frequency, phase angle, and wavelength and how to find a phase relationship between two sine waves.

Frequency is the number of cycles per second in an AC sine wave. The Hertz is the international unit of frequency equal to 1 cycle per second. Frequency is also used to describe the power used in residential, commercial, and industrial facilities. For example, most power in North America operates at 60 Hz.

A wavelength (λ) is the distance covered by one complete cycle of a given signal frequency as it passes through the air. There is an inverse proportion between the wavelength of a signal and its frequency. Signals of different wavelengths fall into different frequency categories, including radio waves, infrared light waves, visible light waves, X-ray light waves, and cosmic waves.

Consider Figure 1, which illustrates the sine wave output from an AC generator. It has been shown that when the conductors in the simple generator are rotated through one complete revolution, the output voltage goes through one complete cycle of sinusoidal change. The time taken for one cycle of change (from zero volts through +Em, zero, and -Em back to zero again) is referred to as the time period of the waveform and is designated as T (see Figure 1). If T=1 s, the waveform has a frequency (f) of 1 cycle per second or 1 hertz (Hz). 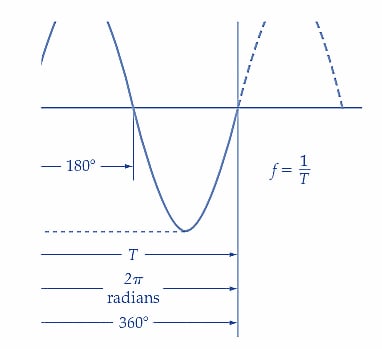 Figure 1. One cycle of a sinusoidal voltage waveform. The instantaneous voltage (e) increases from zero to Em, then decreases through zero to Em, and returns again to zero. Image used courtesy of Amna Ahmad

A waveform's frequency is always calculated by inverting the time period.

where T is in seconds and f is in Hertz.

The frequency for domestic and industrial AC supplies across North America is 60 Hz [see Figure 2]. In electronics, the AC waveforms’ frequencies range from zero (in the case of DC) through kilohertz (kHz) and megahertz (MHz). 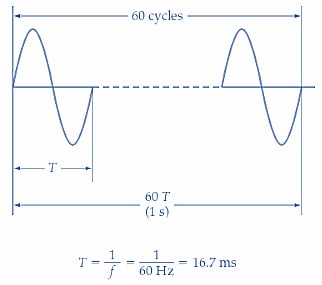 Figure 2. The waveform’s frequency is measured in cycles per second or Hertz (Hz).  Image used courtesy of Amna Ahmad

Because f=1/T, the phase angle equations can be rewritten,

Now, the AC waveform can be represented by the following equation:

Figure 3 illustrates the use of Equation 2. 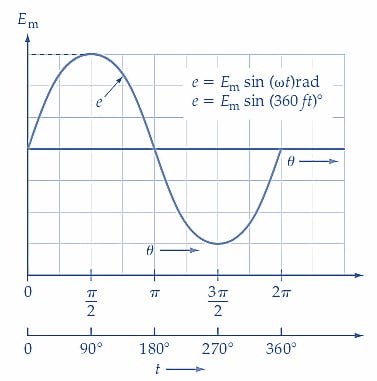 Figure 3. The phase angle of a waveform can be expressed in degrees or radians, and either can be used in calculating instantaneous level.  Image used courtesy of Amna Ahmad

Four different waveforms are illustrated in Figure 4. Waveforms B, C, and D have smaller amplitudes than waveform A. Waveform B goes through its cycle of change exactly at the same time as waveform A, so the two are said to be in phase with each other. 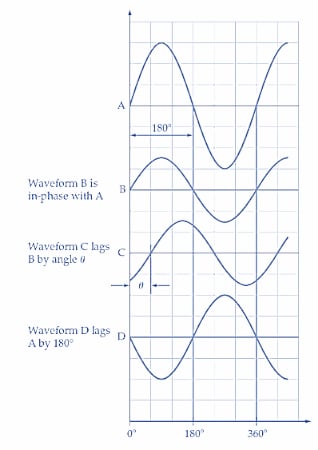 Figure 4. In-phase and out-of-phase sine waves. Waveform B is in phase with waveform A. Waveform C lags waveforms A and B.  Image used courtesy of Amna Ahmad

The wavelength of an AC waveform depends on its velocity. In the case of radio waves, the velocity is the speed of light, which is,

For voltage waves moving along widely spaced conductors, the transmission speed is also 3 *108m/s. When the conductors are close together, the velocity depends on the insulation employed. Figure 5 (a) shows a pair of long conductors connected to a generator, and parts (b), (c), (d), and (e) show the instantaneous voltage levels at points on the conductor as the terminal voltage changes.

This distance represents the wavelength (λ) of the alternating voltage. The equation for wavelength is,

Where λ is wavelength in meters, c is the velocity of light in m/s, and f is the frequency of the waveform in Hertz.

(a) Generator with two long conductors 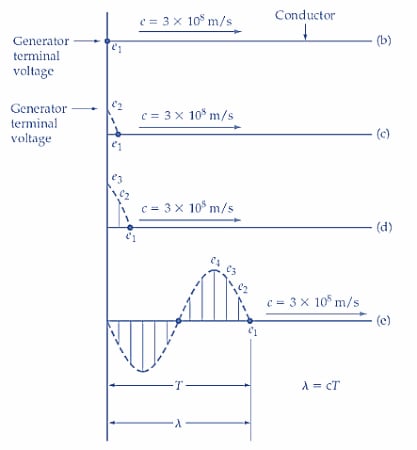 Figure 5. An alternating voltage wave moves along widely spaced conductors at the speed of light (c = 3 108 m/s). The time period of one cycle is T = 1/f, and the wavelength is = cf. Image used courtesy of Amna Ahmad

Determine the wavelengths of 60 Hz and 1 MHz alternating waves. Calculate the frequency of a voltage that has a wavelength of 33 m.

Alternating current (AC) is the voltage found in residential, commercial, and industrial locations. The direction of current flow in an AC system reverses periodically. Terminology commonly used with AC circuits includes phase angle, frequency, wavelength, and phase difference. These terms are particular to AC systems and are used when designing and troubleshooting AC electrical systems.