Learn about the most common types of surge arresters used to protect against transient overvoltages and lightning strikes.

Surge arresters introduce shunting resistance to the ground when a surge appears, absorbing energy from the surge without the voltage becoming excessive. They then extinguish the power follow current after dissipating the surge. The most common arrester types in power systems are silicon carbide (SiC) and zinc oxide (ZnO). This article describes these arrester types in more detail.

The first surge arresters provided lightning protection utilizing an air gap connected between the line and the ground. Their main drawback was the requirement of a series linear resistance and a fuse to break the power follow current. Additionally, when the gap sparks over, it creates a fault in the circuit – and an unpleasant outage when cleared by a circuit breaker.

A device able to limit the voltage without producing a power outage is more appealing.

After several generations of surge arresters, the introduction of valve-type silicon-carbide arresters in 1954 was a significant technological advance. The valve element (or valve block) consisted of a non-linear resistor – commonly silicon carbide (SiC) – whose value decreases abruptly as the voltage rises. The name valve block comes from the valving action to the flow of the current.

There are arresters with different voltage and power levels to best suit the protected equipment’s needs.

Some arrester applications require that the valve element have a low resistance value during steady-state conditions to deal with particular surge and power system characteristics, creating excessive power losses. Valve-type surge arresters have spark gaps in series with the valve elements to manage this difficulty.

Series spark gaps keep the valve element isolated under steady-state conditions, in order to reduce losses, and they introduce the valve element when a surge emerges from the gap’s sparkover. There is no leakage current flow between the line and earth, allowing the valve design to deal with its voltage-limiting role and energy dissipation capacity only under surge conditions.

Another crucial matter is the arc-quenching ability of the arrester. Arrester design provides creative ways for quenching the arcs created in the gaps, protecting the valve element against the continuous flow of current – the follow current – after the surge is rerouted and steady-state conditions resume.

Figure 1 shows a volt-ampere characteristic for a gapped silicon-carbide arrester. 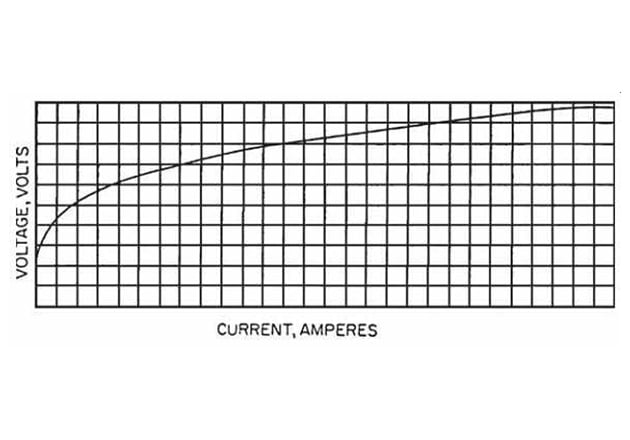 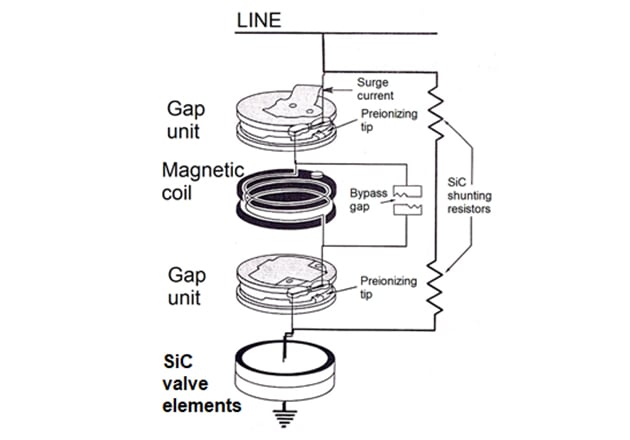 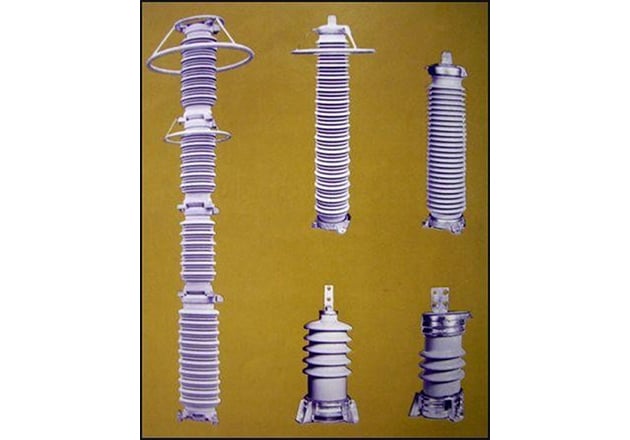 Zinc oxide surge arresters are highly non-linear – their non-linear characteristic is much more pronounced than that of silicon carbide – and have low losses under steady-state conditions.

There are three types of metal-oxide arresters:

As with silicon-carbide surge arresters, the first metal-oxide arresters had a gap in series with non-linear resistors. At that time, the resistors’ thermal duty was relatively small and they could not withstand the thermal energy of the leakage current under steady-state conditions, requiring the gap. Gapless arresters appeared around 1980, and their resistors tolerate the constant small leakage current.

Zinc oxide arresters are easy to manufacture, have low cost, and absorb or dissipate large amounts of energy. Nowadays, most arresters employed in new systems or revamps are gapless zinc oxide devices. 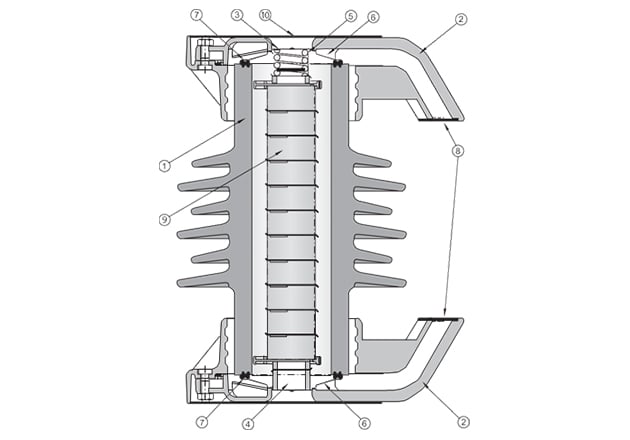 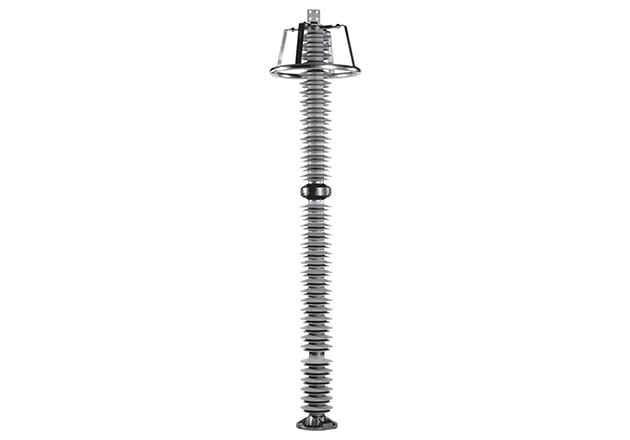 Based on voltage rating, protective characteristics, and durability in pressure-relief or fault-withstand characteristics, the classification of surge arresters used in power systems is as follows:

The system and equipment insulation’s voltage withstand ability depends on the surge’s rise time. In this instance, insulation capability is a function of time.

Insulation coordination compares the system or equipment insulation’s impulse withstand ability with the voltage across the arrester for the selected discharge current, in accordance with the preferred protection level. The choice of insulation levels and coordination practices affects costs considerably. A drop of one level in BIL can reduce major electrical equipment costs by thousands of dollars.

As an example, Figure 6 shows the entire V-I withstand curve for an oil-filled power transformer and the protective characteristics of a surge arrester – front-of-wave sparkover and discharge voltage. 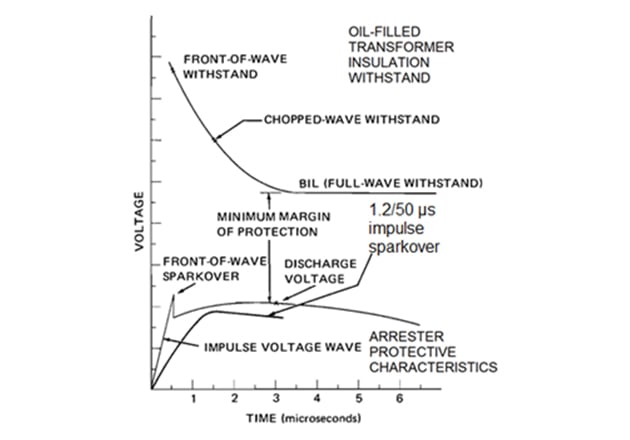 Another comparison is the arrester’s discharge voltage and the 1.2/50 µs impulse sparkover with the transformer’s full-wave test (BIL).

A Review of Surge Arrester Types and Characteristics

The first surge protective devices were the rod gaps. Rod gaps are cheap but have several disadvantages: they may not protect for fast fronts, produce steep surges during sparkover, and generate a fault on every operation – they do not reseal.

Silicon-carbide valve-type surge arresters employ a silicon carbide non-linear valve element and series spark gaps. The spark gaps keep the valve element isolated under steady-state conditions – reducing losses – and activates it when a surge emerges, but they create transients during the sparkover.

Zinc-oxide arresters were introduced around 1976. Zinc oxide is a substitute for silicon carbide. ZnO arresters have a more pronounced non-linear characteristic than SiC and can be used without series gaps due to their small current at nominal voltage. Yet, they are extremely effective at limiting surge voltages.

Most arresters employed today in new systems or revamps are gapless zinc-oxide devices.

Insulation coordination is essential. This coordination compares the system or equipment insulation’s impulse withstand ability with the voltage across the arrester while surge current is being discharged.