This article discusses the advancements of AgileSwitch in Programmable Gate Drivers.

Index Terms— SiC MOSFET, with the cost/watt of renewable energy generation capture (e.g solar arrays, wind turbines, batteries) declining rapidly over the past few years, the focus for cost, size and weight reduction – and long-term reliability - has shifted to improving the traditional weak link in the system – the inverter.

Wide Band Gap (WBG) Power Modules have been promoted as the solution to these challenges, however, until recently, the costs of SiC and GAN devices have been prohibitively expensive. In addition, the controls structures for controlling, protecting, monitoring, and communicating with these devices have not caught up with requirements of high Fsw and di/dt.

The cost of SiC devices have now started to work down the typical “Moore’s Law” type of curve, and are truly projectable to approach those of Silicon over the next three to five years. And, now, AgileSwitch has entered this market with the objective of minimizing the impact of wild voltage spikes, while improving energy efficiency and long-term reliability through advanced digital controls, programmability, and implementation of patent-pending techniques for turn-on and turn-off of the devices under various conditions.

AgileSwitch was established in 2010 by serial entrepreneurs Rob Weber and Albert Charpentier. Both founders come from a digital electronics background and found that the time was right to introduce digital techniques to a traditionally analog power electronics world.

The AgileSwitch experience stems from its work in Insulated Gate Bipolar Transistor (IGBT) gate driving. Currently, the AgileSwitch product portfolio includes Intelligent Gate Drivers for some familiar Power Modules such as the EconoDualTM and PrimePackTM.

AgileSwitch also was the first to introduce a full software-configurable digital IPM (50kW-125kW), the AgileStack – The Stack that talks back.

Power modules based on Wide Band Gap (WBG) materials enhance efficiency, but also introduce oscillations to switching cycles due to the higher di/dt. While the transistors are robust and can handle the oscillations, the radiated and conducted noise becomes a nuisance for components or circuits downstream. This noise may lead to erroneous faults, forcing designers to significantly derate the transistors, thereby reducing usable ratings of the power module.

A certain way to achieve maximum market adoption of Silicon Carbide based power modules is by extracting maximum value from the capabilities of the modules. The robustness of the material combined with the lower switching loss should allow for designers to use Silicon Carbide Power modules closer to their maximum ratings.

AgileSwitch recognized this opportunity and has since extensively studied and implemented gate driver techniques specifically for Silicon Carbide Power Modules. 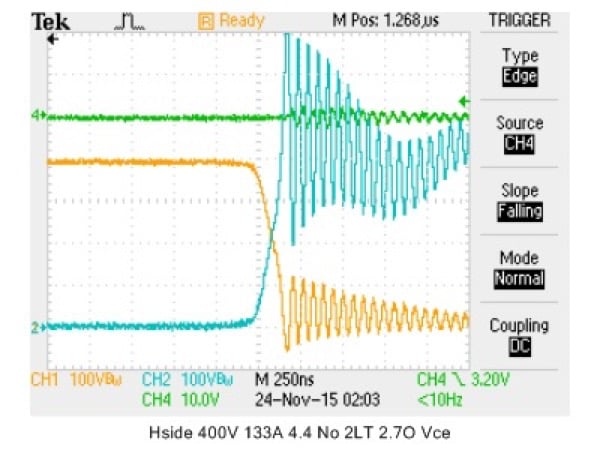 Figure 1 is a base case test result of a SiC MOSFET turn-OFF cycle (pulse test). The Blue Trace is the MOSFET Vds and the Yellow Trace is the Free Wheeling Diode (FWD) Vr. The ringing in Vds is caused by the stray inductance Lstray of the power module.

According to the above results, switching 133A at a DC Bus of 400V results in a 300V overshoot voltage. As the di/dt increases due to an increase in switching current or switching frequency, the VOvershoot increases. Designers using 1200V Silicon Transistors for today’s 480 VAC applications, may be forced to use less efficient/more expensive 1700V Silicon Carbide MOSFETs to accommodate the VOvershoot.

There are gate driver solutions that help mitigate some of the problems associated with using Silicon Carbide power modules.

Transistors used in today’s SiC Power Modules are Field Effect Transistors (FETs), ie the gate can be modeled as a Capacitor.

Therefore, one acceptable solution used is to slow the switching cycle by introducing additional resistance (RG) in the gate-switching path. 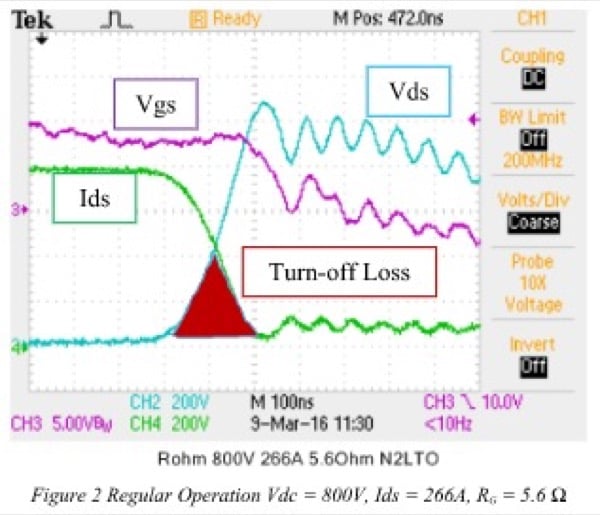 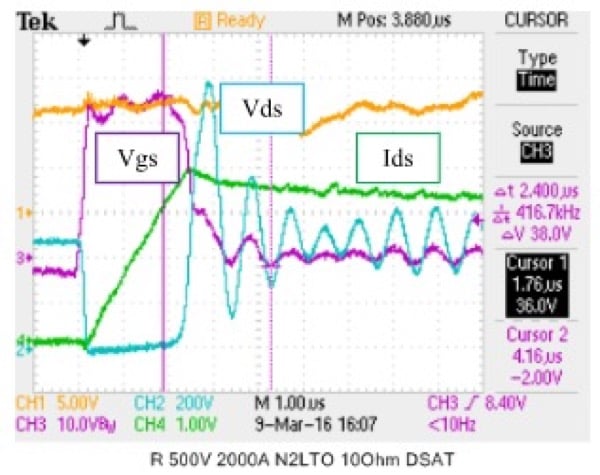 The turn-OFF loss is defined as the area under the curve where Vds and Ids overlaps.

In case of a short circuit fault, where Ids reaches 2000A the Vds attains a peak of 1200V (Maximum device rating). Note that the DC Link Voltage was the only 500V, in which case the overshoot voltage is 700V!

AgileSwitch has been a strong advocate of programmable Two-Level Turn-OFF in driving IGBTs. The EDEM3 Gate Driver was developed to optimally drive SiC Power Modules at much higher switching frequencies and incorporates this capability along with patent-pending Multi-Level Shut Down functions. 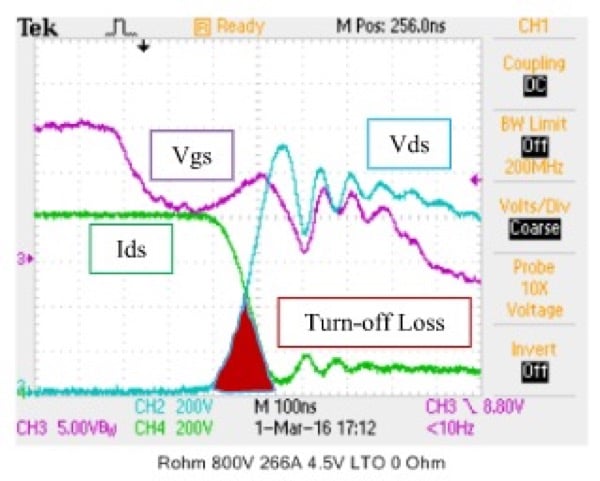 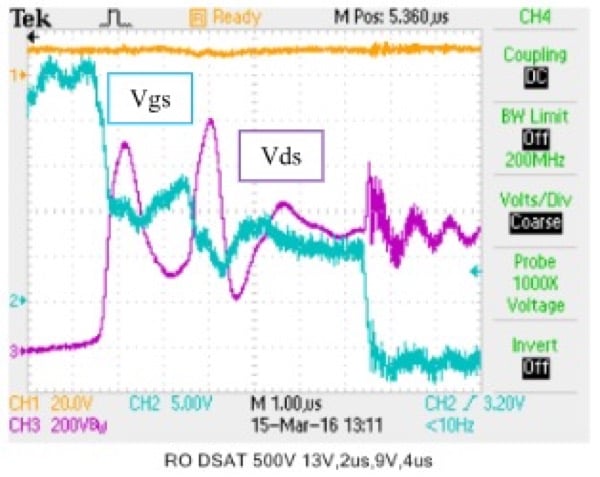 Figure 4 shows the turn-OFF event during standard operation. Please note RG = 0Ω and the Vds Peak = ~1100V, ie. Overshoot voltage = 300V. This is a two-step turn-OFF, with the intermediate step being 4.5V.

Figure 5 captures the turn-OFF event in a short circuit condition. Please note RG = 0Ω and the Vds Peak = ~1000V, ie. Overshoot voltage = 200V. This is a three-step turn-OFF, with the intermediate steps being 13V and 9V.

The use of Two-Level Turn-OFF in regular operation has been shown to have an advantage in controlling overshoot voltages and improving efficiency. AgileSwitch’s patent-pending Multi-Level Turn-OFF has been clearly shown to be a safer and more efficient alternative to conventional methods.