DeRisking the Route to Silicon Carbide

DeRisking the Route to Silicon Carbide

For the fabrication of custom Silicon Carbide power semiconductors, engaging with an experienced and independent foundry is the safest and quickest route for CAD-, Lab- and Fab-to-Fab.

Silicon Carbide (SiC) power semiconductors are increasingly being employed in many industry sectors as they seek to exploit the material properties and performance benefits of SiC-based components. Some factors include enabling higher power density, lower losses, higher operating temperatures, and faster switching, especially when compared to silicon counterparts.

There are numerous components available off-the-shelf from a number of renowned semiconductor manufacturers such as the Schottky barrier, PiN diodes and a variety of transistor types such as MOSFETs, JFETs, and BJTs.

Such devices are generic components intended to serve mass markets. The Original Equipment Manufacturers (OEMs) and systems integrators alike are finding that no off-the-shelf component will meet their requirements, without compromise, forcing them down the custom route.

However, securing foundry time to develop a custom SiC component from a  company focused on serving mass markets with branded SiC-based power devices is difficult, if not impossible because they are not interested in custom projects. Conversely, a research-based foundry which offers the characteristics of a laboratory, whilst probably welcoming the opportunity of fabricating a custom device, is unlikely to offer an ongoing route for volume production. Starting in a research-based foundry would require a further transition from that environment to a production Fab for higher volumes, extending the time to market and increasing the cost of taking the product to production.

Contrasting the previous discussion, The Raytheon UK in Glenrothes, Scotland has more than 12 years of SiC device fabrication experience and does not compete in the branded SiC power device market.  The Raytheon UK is Europe’s only independent production–qualified foundry, offering a highly capable SiC fabrication service. Recently, the company was selected by a leading automotive OEM to fabricate a development SiC-based MOSFET - rated at 650V/60A which will ultimately be mass-produced cost-effectively - for use in the powertrain of electric, hybrid-electric and plug-in hybrid electric vehicles. The MOSFET manufacturing process is also to meet the stringent ISO/TS-16949 automotive quality standard.

However, it is not just OEMs and systems integrators that are interested in SiC foundry services — there are several well-established Silicon semiconductor manufacturers are seeking to add SiC-based devices to their product portfolios but do not wish to invest in the equipment and considerable expertise for SiC fabrication. This is because the fabrication processes are longer and more complex for SiC, requiring specialist equipment, such as high energy and hot (circa 500°C) ion-implanters and high-temperature annealers.

Hot ion implants cannot be successfully masked using standard photolithographic techniques because normal photoresists are unstable beyond 200°C. Instead, a hard masking material such as SiO2 is required. Creating the hard mask requires a longer process where the hard mask material is deposited then defined using photolithography and etching.

The diffusion of aluminum, phosphorus, or nitrogen is very limited due to the low diffusion coefficients of most atoms in Silicon Carbide. In order to assist with dopant profiling the ion implantation stage, it needs to be repeated several times and at different energy levels. In extreme instances, for devices requiring deep junctions, up to 10 implants have been utilized. 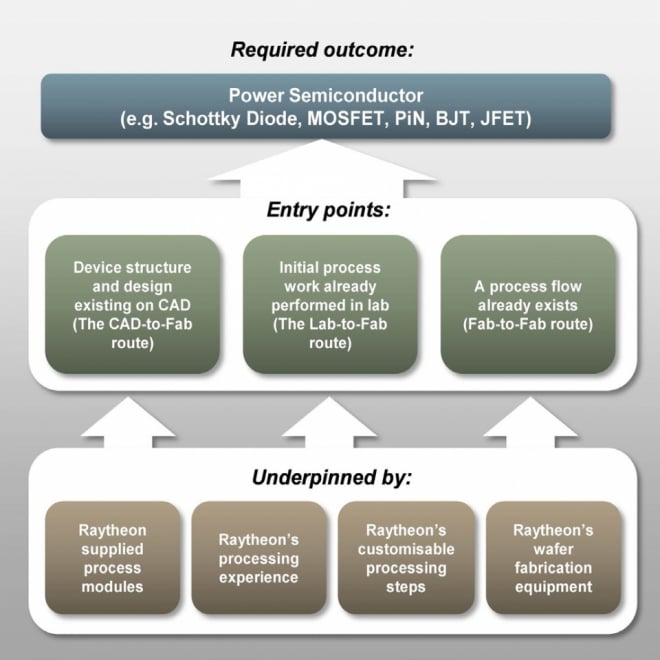 Figure 1: The point at which a SiC foundry might be engaged will typically depend on the level of maturity of the customer’s process. As a minimum, a device structure and draft design are required.

The oxidation of SiC is difficult and obtaining a good SiC/SiO2 interface with a low density of interface traps (for MOS device gate structures) often requires high temperatures (well in excess of those used for Si), and use of toxic gases such as nitric oxide.

Fabricating SiC-based devices is, therefore, a complex and lengthy process, requiring the use of expensive and specialist equipment. Also, epitaxial SiC wafers are expensive and roughly two orders of magnitude more costly than Si wafers. However, as volumes increase prices will fall, just as they did in the early years of the Silicon semiconductor industry. It should be noted that SiC is unlikely to reach the price of Silicon, but the system benefits of employing SiC-based semiconductors and particularly SiC power semiconductors for very high voltage switching applications (see box ‘High Voltage Switching and Protection’), far outweigh component cost differentials.

The power efficiency, performance, and price of the end application are the key differentiators, making it is essential to make the fabrication of any SiC device as fast and pain-free as possible whilst keeping the system’s cost-per-Watt low. The best option for fabrication is engaging with an experienced and independent production-qualified foundry.

There are several points where a company might engage with a foundry as seen in Figure 1. This will typically be governed by the maturity level of the device and process design. For example, one semiconductor manufacturer recently engaged with Raytheon for the fabrication of SiC-based Schottky diodes for another automotive application. That customer wanted a ‘lab-to-fab’ service and had a top-level specification that included: the barrier voltage, breakdown voltage, a draft process flow, device designs and results from preliminary lab-based process integration work.

Using Raytheon’s fabrication capabilities, design rules were established for the process including photolithographic minimum line widths and layer-layer alignment tolerances. Work was then performed to identify suitable equivalent process steps (such as Schottky metal deposition) and modules (such as Ohmic contacts) available on Raytheon's toolset. In some cases, entirely new process steps had to be developed. Short loop process checks (where a short subset of the full process is explored) were then conducted to de-risk sections of the process that had been identified as being higher risk or requiring further characterization.

Finally, wafers were successfully manufactured to the full process flow, characterized and tested using Raytheon’s high voltage/high current wafer test capability. Following qualification testing and acceptance by the customer, the product is now in volume production. The customer, through engaging with processing experts, has benefitted from a cost-effective, low-risk and accelerated time to market method of realizing their designs in SiC. 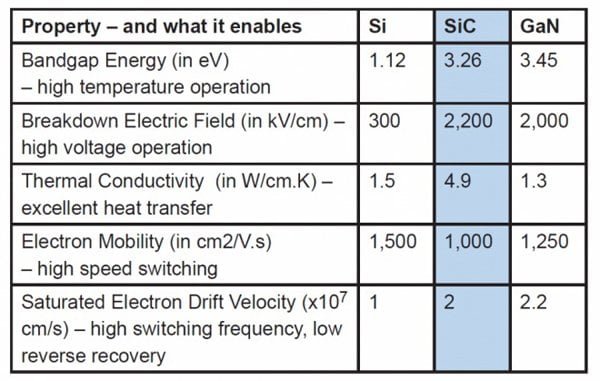 Table  1: The comparison between Si, SiC and GaN,

Silicon Carbide in Table 1 has a high-temperature operation combined with its high voltage operation and heat transfer properties make it the most suitable material for high power semiconductors.

The ability of SiC to switch from low to very high voltage is of great appeal in the power grid distribution sector, in rail traction, and in other high voltage DC applications. The breakdown electric field of SiC is more than seven times that of Si, enabling SiC-based power semiconductors to withstand and switch voltages well in excess of 3kV.  The reduction, by even just a few percents, of static and dynamic losses during power conversion will improve overall system efficiency, particularly in cases where conversion needs to take place more than once. For instance, there is growing interest in storing the surplus power generated by wind-turbines and solar-farms, and accessing it later to serve demand. Such systems will incur conversion losses both supplying and delivering from the storage node.

High voltage circuit protection can also be afforded through SiC-based devices. For example, Raytheon recently announced how it is partnering on a project to develop a Current Limiting Diode (CLD) to protect aircraft electronics from the secondary effects of a lightning strike.

Raytheon is currently working with partners to develop an extreme temperature 3-phase power switch module. The packaging and internal interconnect technologies are being explored which will allow the co-location of SiC switches (rated at 1.2kV / 50A) with HiTSiC CMOS driver circuitry. This is in order to maximize module performance and achieve high switching speeds.

The route to silicon carbide can be de-risked through engaging with an independent foundry with well-developed processes and proven experiences. These include the OEMs and systems integrators seeking for a custom power semiconductor or circuit protection device and also for semiconductor companies wishing to enhance their product portfolios. The time-to-market, and more importantly time-to-Return On Investment (ROI), is reduced because the development is conducted on the production line (using production tooling) where non-recurring engineering costs are minimized. Both of which are ideal for CAD and lab-to-fab projects. In addition, the process transfer is simplified for fab-to-fab projects where capacity support is required.

However, irrespective of the engagement entry point, Raytheon’s independent foundry services and experiences are flexible enough to support short process loops (i.e., support development work) and are sufficiently scalable to undertake turn-key volume work. Moreover, the company can manage the supply chain from SiC substrate sourcing through to wafer sawing and packaging. This is the fullest and quickest CAD to ROI value proposition.

Ewan Ramsay works as the Principal Engineer both at Raytheon UK, a technology company focused on Defence, Aerospace and Cyber & Intelligence with sites across the UK; in England, Scotland and Wales.