The Variable Frequency Drive (VFD) has become a ubiquitous electronic device for AC line frequency control. The VFD produces a switched approximation to a sinusoidal waveform that can vary in frequency broadly. Hence, the VFD is used primarily for induction motor speed control. 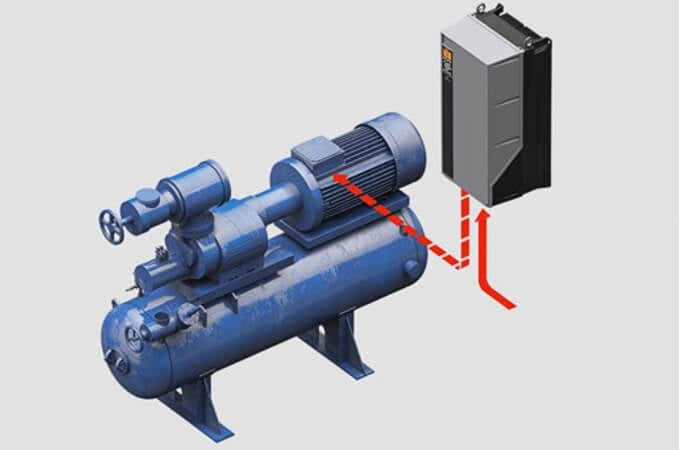 The VFD vs. a Mechanical Drive

Power is speed x torque. A mechanical drive, notwithstanding frictional losses in the drive, operates as a constant power drive. As the speed is lowered, the available output torque of the drive increases for a given available input power. The VFD is fundamentally different in that it normally operates as a constant torque drive. As the motor speed is lowered so is its available output power. That key difference between a VFD and a mechanical drive is often overlooked and is, in general, an advantage for the mechanical drive. In applications requiring that power be preserved as the speed is lowered, some mechanical speed reduction will still be necessary or the motor must be oversized to accommodate the power reduction of operating at the lower rpm when controlled by a VFD.

The reason the VFD normally operates as a constant torque drive is inherent to the physics of the electric motor. For a given line voltage, as the speed of an induction motor is lowered, the back emf generated by the rotating field of the rotor will be lower, therefore the line current will rise, which will shift the motor operating point on its B-H curve resulting in higher core losses (Figure 1). As Figure 1 shows, magnetic permeability is reasonably linear for an applied H-field below some level, but as H further increases, the increase in the magnetic field B diminishes. As the point of magnetic saturation is reached, the core losses become excessive. To avoid magnetic saturation, the VFD will lower its effective output voltage as its frequency is lowered keeping a constant Volts/Hertz ratio. The result is a constant torque drive. 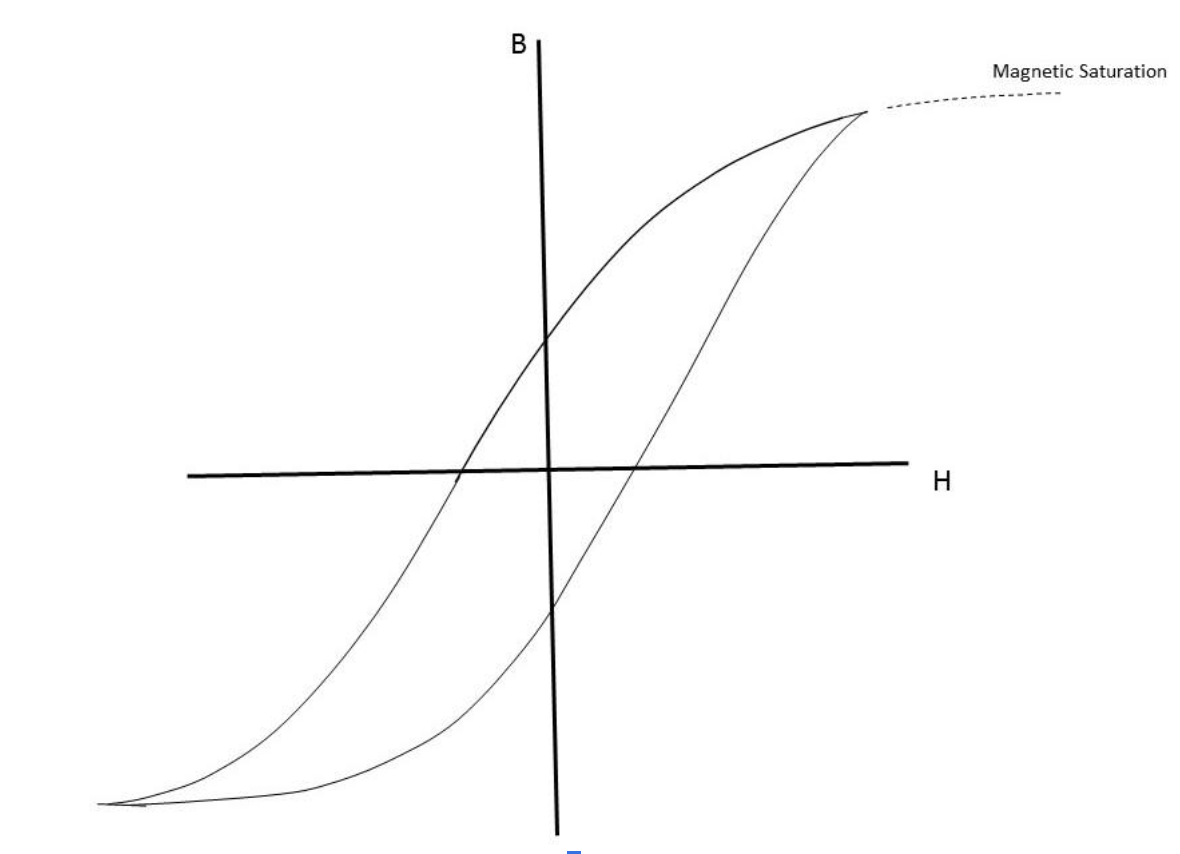 Some VFDs do allow full voltage operation down to some lower speed or the volts/Hertz ratio to be adjusted. If the motor core is sized sufficiently this may not be an issue over some frequency range (commonly, motors are specified to operate at either 50 or 60 Hz), but at some point, core losses will become unacceptably high. The secondary issue with running an induction motor intended to run at the line frequency at some lower frequency is that it will cool less effectively because its cooling fan speed will be lower.

Electronically generated AC power is not the true sinusoidal power generated by a rotating machine, instead, it consists of switched waveforms that are either in an on state or off state. The result is a waveform with substantial harmonic content that is partially filtered by a reactive load. All VFDs and inverters operate this way despite various claims by manufacturers of “true sinusoidal” output.

Normally, the harmonic content is not a problem for an AC motor and many motors are routinely run on inverter/VFD power. Electronics can produce low harmonic distortion waveforms, but this requires linear amplifier operation, which is not practical for a VFD or inverter because the efficiency would be very low. The only true sinusoidal waveform that can be practically generated for powering large line loads is that which is produced by a rotating machine.

The type of waveform produced by inverters and VFDs is a pulsed output with the pulse width selected to produce an equivalent RMS voltage to that of the sinusoid that it is approximating. The effective energy content of an electrical signal is indicated by its root means square (RMS) voltage.

The RMS value is the square root of the mean value of the sum of the square of the amplitude values at all points over one period of the wave. For a sinusoid, its RMS amplitude value works out to 1/√2 = 0.707 of its peak value.

For a square wave, its RMS amplitude is equal to its peak amplitude because it has the same amplitude value at all points in its period. In the simplest embodiment, to alter a square wave to have the same energy content as a sine wave with the same peak amplitude, its pulse width is modified such that it has a 70.7 % duty cycle, which results in the waveform of Figure 2. 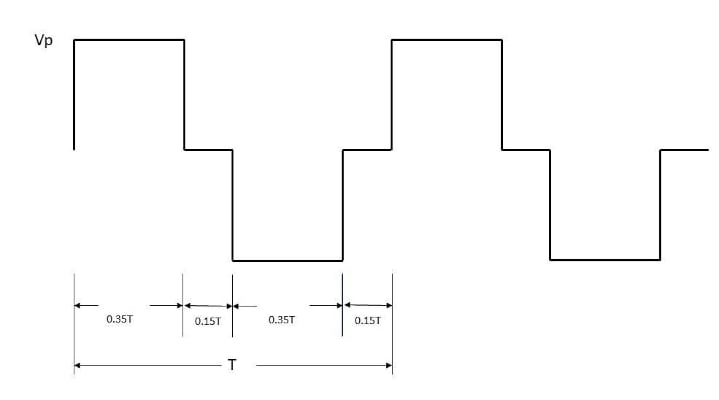 Figure 2. Basic two-pulse switched waveform approximation to a sine wave where the energy content (RMS voltage) matches that of a sine wave having the same peak voltage (Vp). T is the period, which for a 60Hz line is 16.7 ms. Image used courtesy of Blaine Geddes

Figure 3 shows this concept for a six pulse PWM approximation to a sinusoid. The advantage of a higher order PWM sequence is that the narrower pulses are more readily integrated to produce a sinusoidal approximation. The price of the finer resolution is a higher switching frequency for the output driver stages of the VFD, which results in higher switching losses for these transistors. To adjust its effective output voltage as it lowers its output frequency to keep a constant volts/Hz ratio, the VFD shrinks its pulse widths in proportion to that frequency change. 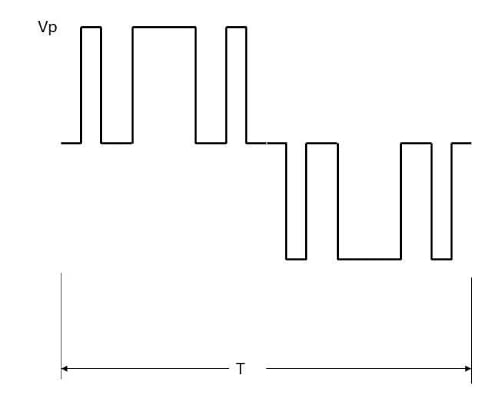 Figure 3. A six-pulse pulse-width-modulated (PWM) approximation to a sinusoid. The width of each pulse is set to the RMS value of the sinusoid over the interval of the wave that the pulse is approximating. Image used courtesy of Blaine Geddes

The essential elements of a VFD are a circuit to implement the waveform generation referenced to some time base, a driver stage of power switching devices typically FETs or IGBTs, a rectifier and filter section to convert the input AC line power to DC power for the output switching devices, and some method of user interface to provide control via a keypad, digital port for a PC or PLC, and often a potentiometer knob for quickly changing the frequency. 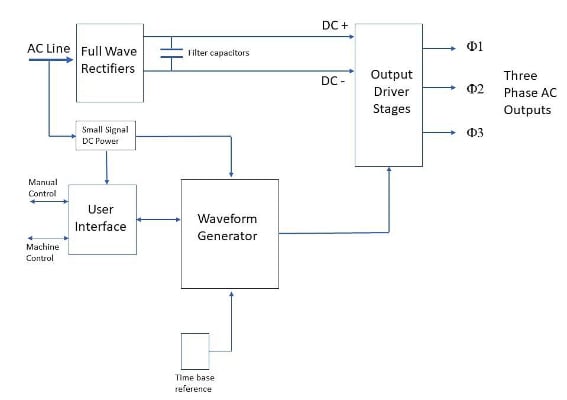 The waveform generator synthesizes a set of three-phase PWM signals of variable frequency and pulse width to drive the output driver stages. With a line frequency on the order of 60 Hz, the logic to generate the waveforms is within the capability of a common low-cost microcontroller, so this functionality could be implemented in firmware. The time base reference would be the crystal oscillator clocking the microcontroller.

For a three-phase load, the output drivers are a set of three pairs of power switching transistors as shown in the representative schematic of Figure 5. The transistors are usually either metal oxide semiconductor field effect transistors (MOSFETs) or insulated gate bipolar transistors (IGBTs). The upper transistors are shown driven by the PWM control signals from the waveform generation block.

The lower devices are driven by the complement of these signals with some timing margin such that the two devices in a pair are never on simultaneously and the state of one device turning on while the other is still turning off is avoided. The lower devices share a common ground reference with the small signal control electronics, so they can be driven directly with appropriate level translation for the gate voltage of the IGBT. The upper devices are shown driven through optoisolators because they cannot be referenced to the same circuit ground potential.

Figure 5. Representative basic schematic of the driver stages for a three-phase output VFD. The transistors shown are IGBTs. The upper transistors are driven through optoisolators because the devices connected to the positive high-power DC rail are not referenced to small signal ground. Image used courtesy of Blaine Geddes

VFDs have become ubiquitous motor control appliances. Some insight into their basic structure, operations, and limitations should benefit anyone who uses them.