Reducing the I²R losses and voltage drops in three-phase systems allows the use of smaller conductors, decreasing the weight of copper or aluminum required.

The formulas and tables employed to compute voltage drops in single-phase systems may be used in three-phase systems through multiplication by factors. The elaboration of these factors requires a review of a few three-phase basics.

Synchronous generators in utility power plants produce most of the power transmitted and distributed through lines operating as three-phase circuits.

These generators produce three sinusoidal voltages, with equal Root Medium Squared (RMS) magnitude and a phase shift of 120 electrical degrees among them. Since the voltages are sinusoidal, their representation uses phasors.

The system is balanced because they have equal RMS magnitudes. There are no unbalanced generators under normal operating conditions.

The three generated voltages can be connected either in a wye configuration or a delta configuration. The wye connection is typical in utility generators. Figure 1 shows both formats. 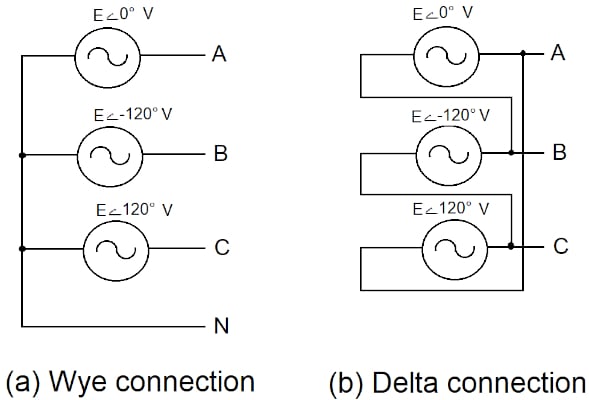 The line-to-neutral system voltages, or phase voltages, are equal to the individual source voltages

To determine the line-to-line voltages or line voltages, we apply the Kirchhoff Voltage Law (KVL)

In the wye connection, the line voltage magnitude is √3 times the phase voltage. There is phase displacement between the line and phase voltages.

We get a delta connection by joining the three sources in series (figure 1b). The generator neutral is absent since the three sources do not have a common point. For instance, no line-to-neutral voltages exist, except for the line-to-ground capacitance (not covered in this analysis).

In the delta connection, the line voltages are equal to the individual phase voltages, as follows

Figure 2 shows a generator’s three single-phase loads connected to phases A, B, and C.

The three single-phase circuits have the currents IL1, IL2, and IL3, flowing from the source to the load and back to the source – assuming wye connected generator windings with the neutral connection accessible. Each neutral will carry current, and the single-phase voltage drop formulas will apply.

Similar to the sources, the three single-phase loads may be connected in wye or delta configurations (figure 3). 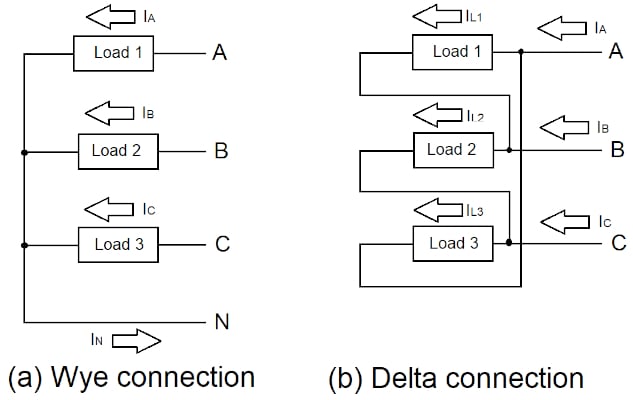 Figure 3a shows the three loads connected in wye. The term wye-wye means that the source and the load are wye-connected.

The voltages applied to the loads are equal to the source phase voltages.

The currents in the three phases have the same magnitude and 120° phase displacement among them.

The neutral current is zero in a wye-connected, balanced, three-phase system. Since the neutral carries no current in this symmetrical circuit, it may be ignored to establish a three-phase, three-wire system – although it is physically a four-wire system.

In our discussion about voltage drops, it is essential to have the circuit operating under balanced conditions. As a result, only one conductor feeds every load, producing only half the voltage drop that would occur under unbalanced conditions – with the phase and neutral carrying current.

Figure 3b shows the three balanced loads connected in delta. The voltages applied to the loads are equal to the source line voltages. Systems with delta-connected loads are three-wire because there is no neutral connection.

With three like impedances, this is a balanced load with equal phase current magnitudes, displaced 120°.

After some calculations we get

A = cross-sectional area of the conductor

L = distance from source to load

The criteria to find the multiplying factors are

a. The constant 2 should be removed since there is no return conductor (neutral) in delta-connected loads and balanced wye-connected loads – they are three-wire circuits.

To summarize, in three-phase systems, multiply the single-phase result by 0.866 if using line voltages and by 0.5 if using phase voltages. 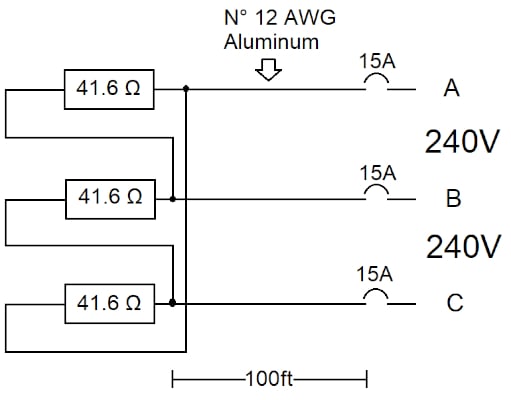 Figure 5 shows a branch circuit supplying a wye-connected, low inductance load. Compute the size of copper wire for a voltage drop not higher than 1% based on VP. Use the following single-phase formula for copper 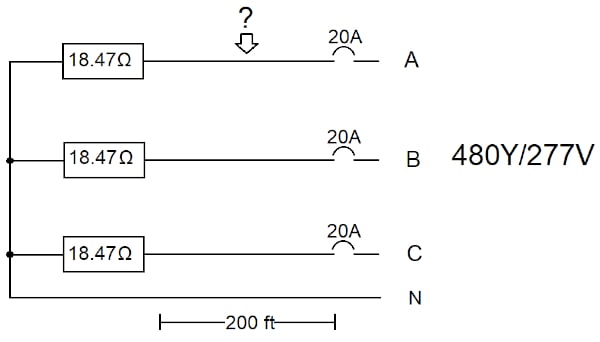 Repeat example 2 for a voltage drop not higher than 1% based on VL.

VR = phase voltage at the load

VS = phase voltage at the source

The magnitude of the voltage drop is

Figure 6 shows a source supplying power to an apparatus with a power factor different from 100%. 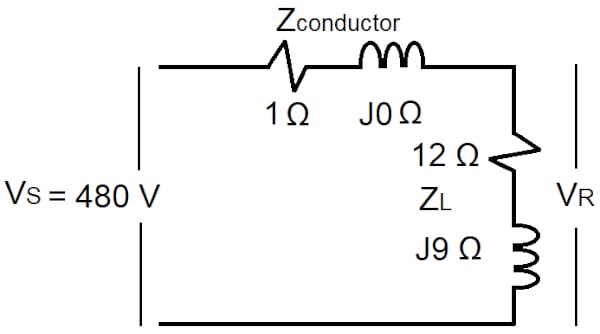 a. Compute ZL in polar form.

The format for the polar form is

b. Compute ZS in rectangular and polar forms.

The format for the rectangular form is

c. Compute the voltage at the load. Select VS as the reference.

d. Compute the voltage drop magnitude in volt and percentage.

e. What’s the phase shift introduced by the conductor?

Only one phase is required to determine the voltage drop in a three-phase system operating under balanced conditions. The phasor diagram of figure 7 shows the single-phase voltages at the source, the load, and the conductor (closing the loop). 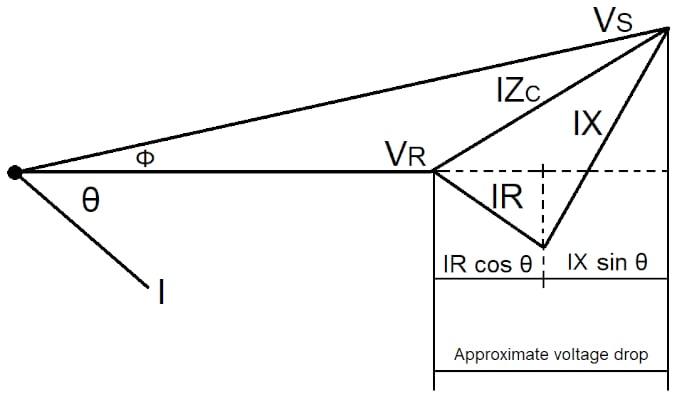 The projection of the conductor voltage on the real axis approximates the voltage drop magnitude. The result is

I = magnitude of line current

Modifying this equation to calculate the voltage drop in percentage directly, we get

Notice that kVA and kV are three-phase values.

a. Using the approximate formula and the results of example 4, compute the voltage drop magnitude in the figure 6 circuit.

b. Calculate the percent voltage drop.

a. Determine the voltage drop using the proportional method.

Selecting the phase voltage as the reference

b. Determine the voltage drop using the approximate formula.

This article reviews some typical methods to determine voltage drops in three-phase systems.