This article presents TDK offering a new kind of solution for removing leakage currents and improving EMC performance of the system.

In industrial installations as well as in building management applications variable speed drives are used for a variety of tasks and, as a rule, they are fed from three-phase power grids. A complete drive system consists of an EMC input filter, the frequency converter and the motor. An equally important component that is often neglected when considering the system is the shielded cable between converter and motor, which can often exceed 200 meters in length. For safety reasons, the drive systems are connected to the grid via residual current devices (RCDs).

A significant problem of converter-based drives is the generation of earth leakage currents during operation due to parasitic capacitive coupling. These currents depend not only on the system topology, but also on the switching slew rate, frequency and amplitude. Under unfavorable conditions, the aggregate of the earth leakage currents can exceed the RCD tripping threshold (Figure 1).

Under unfavorable circumstances, the aggregate of all earth leakage currents can be so great that the residual current device (RCD) trips. This frequently occurs if the motor cables are particularly long.

Figure 1: Tripping of the RCD 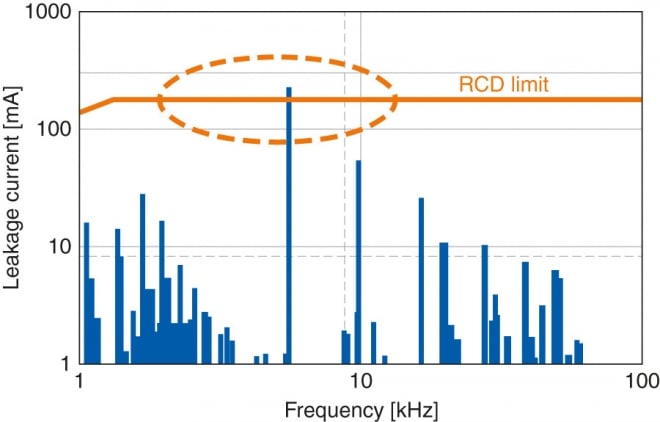 Figure 2: Frequency and amplitude spectrum of the earth leakage currents

Standard RCDs, for example, have a tripping threshold of 30 mA for currents in the frequency range up to 100 Hz, rising to 300 mA for currents with frequencies in excess of 1000 Hz. Particularly long motor cables can result in the 300 mA threshold being exceeded (Figure 2). This results in an unintentional shutdown of the system which, in industrial plants, can cause expensive production downtimes.

Long motor cables cause high earth leakage currents in the frequency range above 1000 Hz which can trip the RCD.

Until now, there have been two possible ways of preventing excessive earth leakage currents from tripping the RCD:

Both methods are therefore unsatisfactory and clearly inferior to a solution with LeaXield.

LeaXield sets the benchmark in the elimination of earth leakage currents

The EPCOS LeaXield module was developed to eliminate earth leakage currents and is connected between the RCD and the EMC input filter.

The amplifier feeds currents to the phases, whose phase angle is off-set by 180 ° to the original earth leakage currents. The power supply unit (PSU) of the amplifier is operated directly from the three phases, so no additional power supply is necessary. 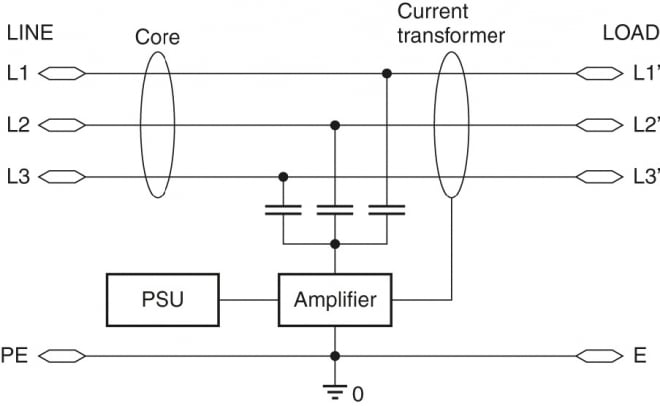 Clear improvement of the EMC

The reduction of the common-mode currents with the aid of LeaXield has yet another positive effect: Conductive EMC which, as a rule, must be maintained in the frequency range between 150 kHz and 30 MHz, can be improved significantly in the range up to 500 kHz. Under typical test conditions LeaXield was thus able to improve the EMC performance of a converter-based system from category C2 to category C1 according to EN 61800-3.

LeaXield is especially effective in the range below 150 kHz, achieving attenuation of up to 30 dB at 4 kHz, up to 40 dB at 10 kHz, and up to 15 dB at 150 kHz. This benefit is particularly useful in new installations, as the additional interference suppression by LeaXield permits the use of more economical EMC filters.

Due to the compact dimensions of just 258 mm x 80 mm x 100 mm LeaXield is also ideal for retrofitting. It can be easily installed into existing systems. like an EMC filter.

Key data for the EPCOS LeaXield

Christophe Jehle is the head of Products & Technologies at TDK Electronics, an electronics company based in München, Bayer, Germany that develops, manufactures and markets electronic components and systems, focusing on fast-growing leading-edge technology markets, which include automotive electronics, industrial electronics and consumer electronics as well as information and communications technology.