As electric vehicles (EVs) grow in popularity, greater attention is being paid to the technologies that will allow the electrification of much of the transportation system.

While lithium-ion batteries get the greatest share of headlines, other EV components such as controllers, inverters, chargers, and drive motors will all play a vital part in the coming transition from fossil fuels. 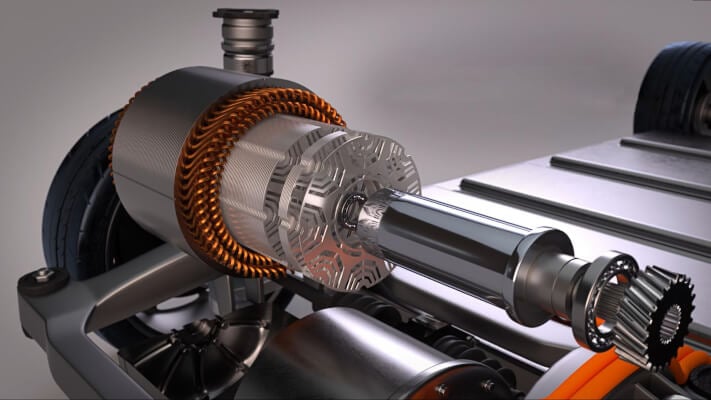 It seems obvious that the electric motor that propels an EV would be the target of intense research and development. Electric motors (and generators) are described based on their internal construction and the manner of magnetic field excitation. Permanent magnet (PM) motors are used in more than 90 percent of EVs, largely because of their power density and efficiency.

The magnets used in these motors are made with rare earth (RE) elements such as Neodymium, Terbium, and Dysprosium. Rare earth elements are not particularly rare but are difficult to extract from the other minerals in which they are found.

Electric motors can also be made without using permanent magnets. An induction motor (also called a synchronous motor) operates on alternating current and uses electromagnetic fields produced by the stator (stationary) windings to induce a current in the rotor that produces an opposing magnetic field. By rotating the current around the stator windings, the rotor is induced to turn.

One inventor of the induction motor was Nikola Tesla, who patented his idea in 1888 and worked with Westinghouse to develop working motors and generators. For a long time, these motors were limited in their performance because it was difficult to control the rotation of the current through the stator windings, however, in the past decade, advances in microprocessor control technologies have solved many of the problems.

While Chinese EV makers are predictably focused on PM motors (given their easy access to rare earths) others like Toyota, GM, BMW, Daimler, Volkswagen, and Tesla are working to develop induction motor technologies that will work with their EVs. The Tesla Model S and Audi eTron, along with the BMW i4 and iX and Nissan Ariya, are examples of EVs in production using induction motors. 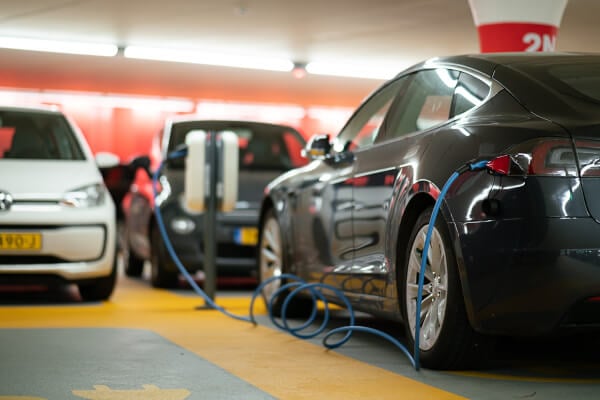 One mark against induction motors is they are not as power dense nor as efficient as traditional PM-based motors. Tula Technology, based in San Jose, California is working on a new, patented technology that the company claims can improve the efficiency and performance of synchronous reluctance motors.

“The limited supply of rare earths, coupled with growth in demand, has resulted in price increases that are likely to continue. Beyond pricing, rare earth dependence is increasing supply chain risk, and it could easily become the next microchip crisis for the automotive industry,” said R. Scott Bailey, president and CEO of Tula, in a company news release.

The Tula approach is called Dynamic Motor Drive (DMD). It is a software solution that pulses the electric motor at its high-efficiency points to mitigate the light-load efficiency losses of RE-free electric motors.

At high loads, experiments have proven efficiency improvements of 2% on induction motors, with more improvements possible at lighter loaded conditions.

“EV manufacturers can implement an economical solution while avoiding the challenges of rare earth metals by combining synchronous reluctance motors with DMD,” said Bailey. “Our solution could lead to broader consumer adoption of EVs by lowering costs.”

While EVs are a target for DMD technology, replacing permanent magnet-based generators in wind turbines with induction technology is another place where Tula is optimizing its pulsed control strategy.