Isolated current transducers use many different magnetic technologies varying from simple open-loop devices based on Hall cells to complex closed-loop transducers using fluxgates as the magnetically sensitive element¹. The higher accuracy of the more complicated types comes with an increased cost. Within each technology family, the challenge of new developments is to attain the performance of transducers in the family above while maintaining the cost advantages inherent to its design. In this article, we describe new closed-loop transducers using the Hall Effect in a custom ASIC for low currents from 1.5 A to 50 A nominal for PCB mounting. Their performance is similar to that of transducers using fluxgates. Advanced manufacturing techniques have also been introduced, and the new transducers achieve the highest levels of quality and traceability.

The simplest current transducers are open-loop devices in which the magnetic field from the primary current is sensed and amplified; they suffer from the drawbacks of any open-loop system, especially that of not having a stable feedback network to define their sensitivity.

Closed-loop devices are more complex but they cancel the primary magnetic field with a secondary current in a coil of N turns and so have improved performance: the sensitivity is set by the value of N so it is precise and stable; above a few kiloHertz the transformer effect takes over from the feedback loop so the effective bandwidth is much higher than the noise bandwidth, and by always operating at zero magnetic field the linearity is intrinsically good. The response time, driven by the transformer effect, is very fast. 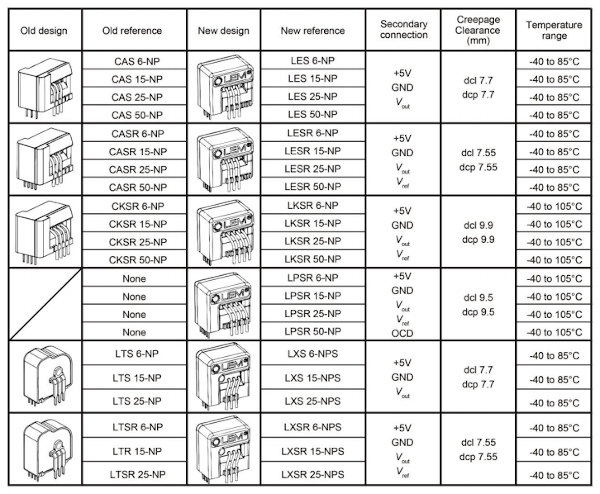 Table 1: Correlation of the new transducers’ references with their equivalents from earlier families

For convenience in the most recent sensor generations, the secondary current is converted back to a voltage VOUT using a precise, stable measurement resistor followed by an amplifier referenced to a voltage VREF.

The simplest closed-loop transducers use Hall cells as the magnetically sensitive element: they have the advantages listed above but the Hall cells cause one weakness: the offset voltage (VOUT – VREF with zero primary current), and its drift. Users requiring good offset performance tend to use transducers based on fluxgates – but fluxgate transducers have more components and are more costly.

This article describes a new family of LEM compact closed-loop current transducers in which the shortcoming of Hall cells has been addressed and most performance parameters equal those of small fluxgate transducers.

The heart of the new transducers is a custom-designed and exclusively owned ASIC into which the Hall cells are integrated and whose features include:

The result is a family of transducers whose offset drift is in the range of 4 – 14 ppm/°C, depending on the transducer sensitivity².

This is over four times smaller than the previous generation of closed-loop transducers based on Hall cells, and very similar to those using fluxgates.

In the new ASIC, the opportunity was taken to add a very fast OverCurrent Detection feature to give an indication that a measured current is exceeding its expected value or switch power off in the event of a short circuit.

Table 1 gives a complete overview of the new family of LEM transducers.

Table 2: Electrical performance examples showing excellent performance of a new transducer (LKSR 25-NP model)³.IPN is the nominal current range of the transducer; 25 Amps in this example.

Table 2 clearly shows that the performance of the new LKSR 25-NP is similar to that of the fluxgate based CKSR 25-NP and considerably improved compared to LTSR 25-NP, the earlier Hall based design. The most impressive improvement is in the drift of VOUT – VREF when I P = 0 (the offset drift). For 25 Amp transducers, the improvement is almost 10x.

From the outset, the philosophy of manufacturing process of the new family was planned with full automotive qualification in mind. It has been designed to be autonomous, with an “Industry 4.0” approach.

As an example of the design for quality: two secondary coils wound in series are used to give best high-frequency performance: a special winding technique, economical in production time, is used to avoid any soldered connections between them. Equally, there are no soldered joints between the coil and the internal PCB; only press-fit connections.

Each transducer is individually calibrated and sensitive adjustments are stored in a One-Time-Programmable memory in the ASIC. Also, a unique ID number is written in the memory: each individual ASIC and its history can be individually traced. The passive components are traceable at the lot level.

Full characterization of the new transducer family has been carried out over all the extremes of operating conditions. As an example, in figure 1 the characterization of offset voltage over temperature for a LKSR 25-NP transducer is shown. The offset drift is calculated as is less than 4 µV/°C, equivalent to less than 1.6 ppm/°C for these transducers (the specification limit is 4 ppm/°C). 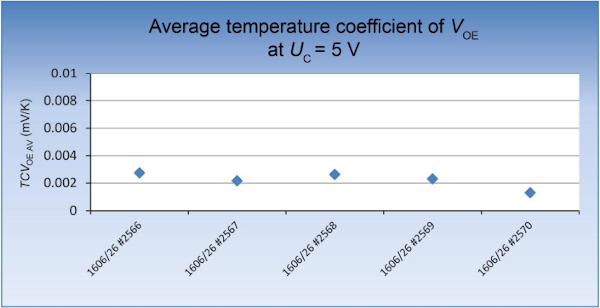 Figure 2: The OCD response time tr is 2.2 µs maximum and the hold time thold is 1 ms.

The OCD system monitors the transducer secondary current. This allows a faster response time than at the transducer output and, since the control loop which generates the secondary current is not limited by the 5V supply voltage, it allows the OCD trigger level to be set outside the transducer measurement range. The OCD threshold can be set between 1.25x and 5x IPN. It is triggered by both positive and negative over-currents. The default value is 2.9x IPN.

Figure 3 shows a photograph of examples of the new transducers. 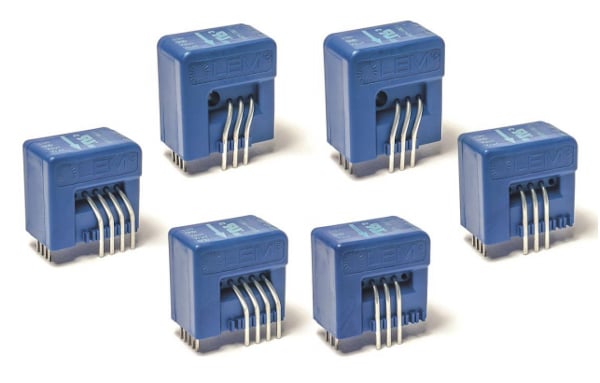 This article has introduced new closed-loop Hall cell transducers which give the extra performance of fluxgate transducers without the extra cost. They will be particularly well suited to applications where low offset drift is important such as in the AC output of solar power installations where standards require a very low DC component in the output current. Low offset drift also opens up more servo drive applications. The strong performance of these transducers comes from an ASIC which was specifically designed for them combined with an advanced high-quality manufacturing process.

Steve Moureaux holds a B.S. in Microengineering and in Quality Management, Six Sigma Black Belt graduated. He joined LEM in 2001 as Automotive Quality Manager and continued to project management in 2010. He is head of the LEM R&D Industry Drives and Renewable Energy team since 2014.