This article highlights how simulation apps can help evaluate the effects of heat in capacitors and optimize custom capacitor design.

Capacitors are ubiquitous to common electrical devices, and even in applications where extreme conditions must be taken into consideration. The requirement of capacitors for each application differs significantly. A capacitor may require an exact power specification, may need to function within a certain temperature range, or be made of specific materials.

One of the biggest manufacturers of custom capacitors used around the world, Cornell Dubilier Electronics, develops capacitors for some of the most demanding military and aerospace applications, including fighter jets and radar systems, as well as civilian applications such as wind turbines and solar energy. Engineers at Cornell Dubilier use mathematical modeling and custom simulation apps to fine-tune the design of custom capacitors.

“By using COMSOL Multiphysics and its Application Builder, I can create high-fidelity multiphysics models and build apps based on them, which allows my colleagues in other departments to test different configurations and pick the best design,” comments Sam Parler, research director at Cornell Dubilier.

Cornell Dubilier’s electrolytic capacitors are specific to the application for which they are designed and can comprise one or more elements, such as electrolytic windings composed of aluminum foils and cellulosic separators; electrostatic windings of offset, metallized dielectric films; or interleaved, stacked plates of metal foils and dielectrics such as mica (Figure 1). 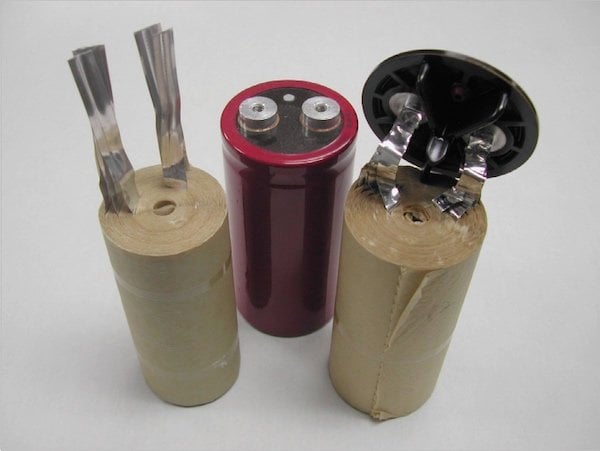 One matter at the forefront of the issues considered by capacitor designers is heat. Passing the current through the aluminum foils of the windings results in Joule heating, which must be taken into consideration during the design to gain a full understanding of the thermal profile within the capacitor. Too much heat dramatically shortens the capacitor lifetime, which is cut in half each time the capacitor’s temperature is 6-10 degrees higher than the maximum. Engineers at Cornell Dubilier use simulation to minimize heat generation and to optimize the dissipation of heat.

In optimizing heat generation and heat dissipation, the complex materials of the capacitor must be accurately represented. One capacitor can easily include as many as six materials, some of which have anisotropic properties. In one design, the winding is composed of cellulosic separators and aluminum foils and exhibits anisotropy of thermal conductivity over two orders of magnitude higher in the axial than in the radial direction.

Parler is able to accurately capture the thermal profile of capacitors with Comsol Multiphysics®. Thanks to the flexibility that allows him to directly input the thermal conductivity tensor. For example, a typical simple capacitor tensor of a z-oriented cylindrical electrolytic winding can be approximated as orthotropic with a diagonal thermal conductivity tensor of {1,1,100} [W/m/K].

In one case, Parler considered two power capacitors of similar size and ripple current rating, but with entirely different construction: that of a metalized polypropylene (plastic) film capacitor and an aluminum electrolytic capacitor (Figures 1 and 2). 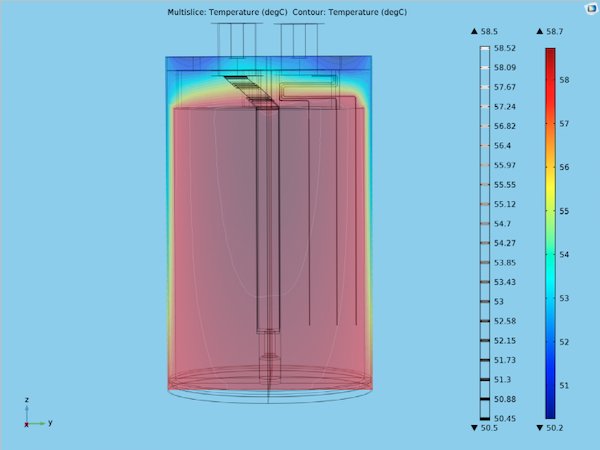 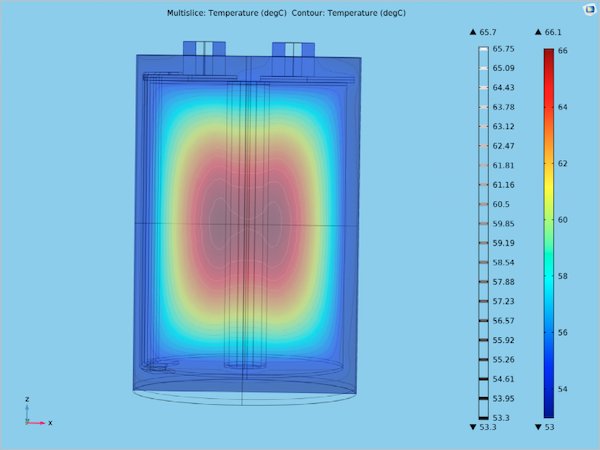 Figure 2: A thermal comparison of a metalized polypropylene film capacitor (left) and an aluminum electrolytic capacitor (right), both approximately 76x120 mm and dissipating 5 watts in a 45°C environment.

Demystifying the Microstructure with Shape Optimization

As the capacitors developed at Cornell Dubilier are often new technological developments, in some cases, it is necessary to characterize the impedance of cutting-edge materials in-house. In designing one large aluminum electrolytic capacitor, Parler needed to represent the impedance of aluminum oxide (Al2O3) dielectric with a complex microstructure. This dielectric was produced in an anodizing bath on the tortuous surface of highly etched aluminum foil (Figure 3). 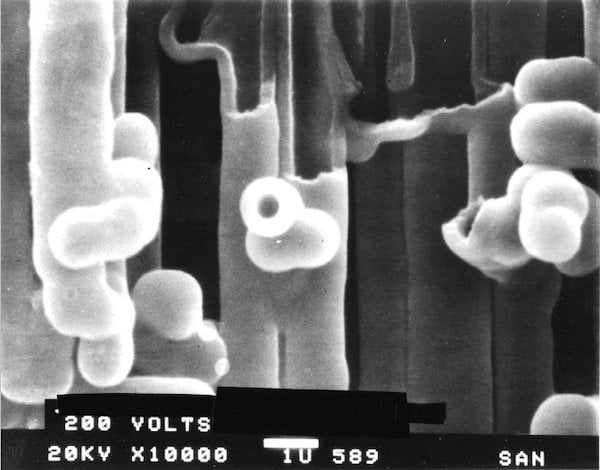 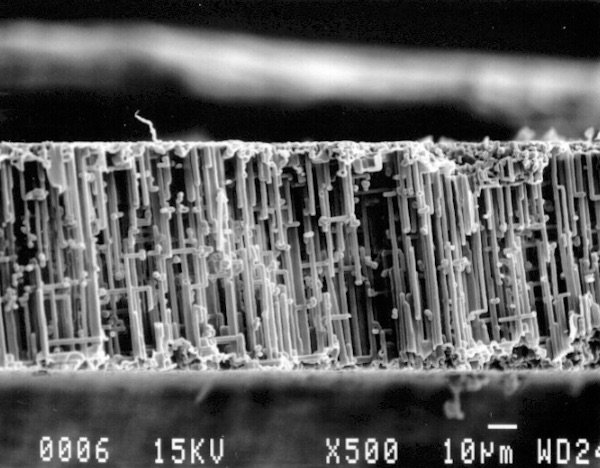 Figure 3: Coaxial microstructure of large aluminum electrolytic capacitors. The dielectric is aluminum oxide (Al2O3), grown in an anodizing bath on the tortuous surface of the highly etched aluminum foil. In the images here, the aluminum surrounding the alumina dielectric tubes has dissolved away.

While a zero-dimensional electrical circuit simulation carried out in different software could reproduce the frequency response, it was not able to perform the transient simulation due to 'non-causality' errors arising from the limitation of its internal inverse-Laplace-transform algorithms.

Using a shape optimization technique with the Comsol software, Parler was able to calculate the correct transient solution for a customer. He began with a single cylindrical, electrolyte-filled capacitive pore, applied a known excitation at the opening, and used the sparse nonlinear optimizer solver (SNOPT) available in the software to find the solution to his nonlinear optimization problem where the shape of the axisymmetric pore wall needed to be varied until the experimental impedance data was fitted.

The resulting geometry (Figure 4) demonstrated that the software could accurately reproduce the time-dependent pulse-current response that was measured experimentally, allowing further design work based on a validated mathematical model. 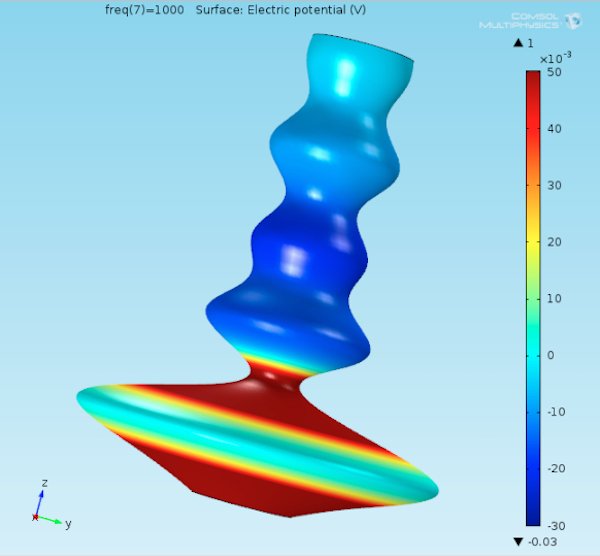 Figure 4: An alternative approach to capturing the electrical behavior of the coaxial microstructure of the dielectric material is to use shape-optimization techniques. The optimized microstructure is shown.

A Family of Apps for Electrical Optimization

After using Comsol to create models to analyze their designs, Parler and his team convert the models into simulation apps that are ready to be deployed to design engineers and manufacturing sites to assist in the design process.

Using one simulation app for a power film capacitor, a design engineer can enter the film width (typically a few centimeters), film length, surface resistances, and transition region location into the interface to determine the capacitance and resistance of a segment of the metal film (Figure 5). The result is scaled to yield a reported capacitance and resistance for the entire winding, providing engineers with an initial validation of their design. 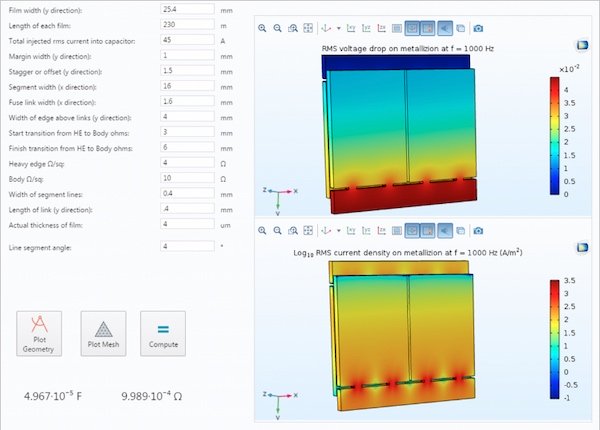 Figure 5: A design app for a power film capacitor used to determine capacitance and resistance.

Another app calculates power density for the metal film in a cylindrical capacitor. It also predicts the core temperature distribution, including throughout the tabs and terminals, taking into account the customer’s operating conditions, such as ripple current, ambient temperature, and air velocity (Figure 6). 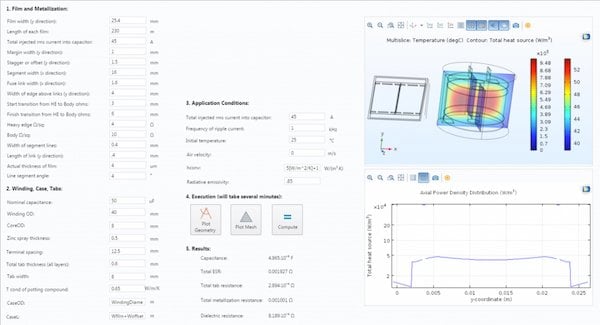 Figure 6: A simulation app that predicts the core temperature distribution and the power density for the film of a cylindrical capacitor with tabs and terminals.

A third app is used to calculate the effective series inductance (ESL) of a single-tab film capacitor (Figure 7). Geometric parameters such as the terminal diameter, terminal height, terminal spacing, tab width, winding diameter, and the outside diameter of the core can all be modified by the app user. The underlying model utilizes a frequency-domain study and the electromagnetic modeling capabilities of Comsol. The ESL is a key aspect of the design of any capacitor and is directly linked to capacitor performance. 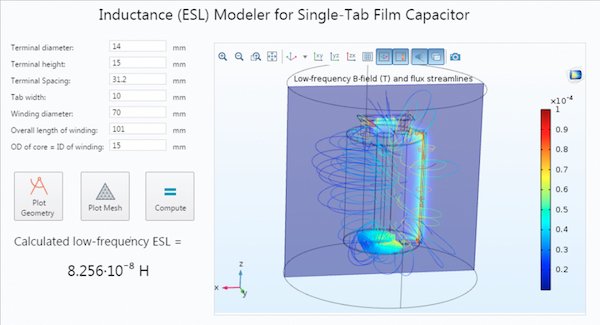 Apps Guide the Future of Manufacturing

With multiphysics simulation, Parler’s team is able to accurately predict the performance of their capacitor designs, speeding development and ensuring the reliability of their products.

Simulation apps based on the underlying Comsol models allowed other members of the design team and engineers at a manufacturing site to adjust key parameters of the simulation through a simplified user interface to test how their capacitors will perform and show the effect of design adjustments. This spreads the power of simulation throughout the design and manufacturing process.

Parler concludes, “The ability to build multiphysics models and simulation apps has streamlined our capacitor design process and sped the development of customized capacitors for customers all over the world.” 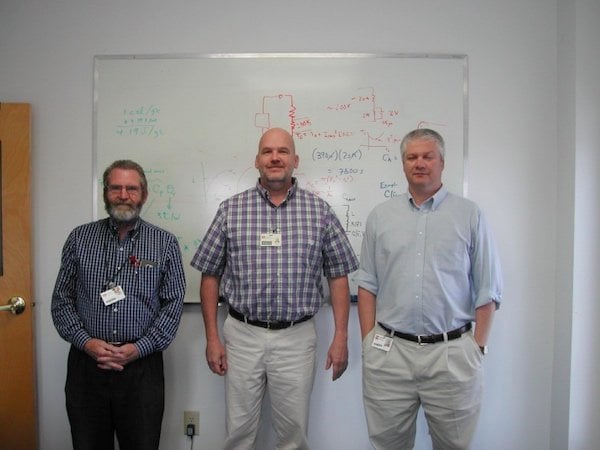 Sarah Fields is a technical marketing engineer at COMSOL with a focus on writing and producing articles and presentations about COMSOL Multiphysics® and COMSOL Server™. She holds an MS in chemical engineering from the University of Rhode Island.