Researchers create a new breed of thermal diode that could be used for spacecraft as well as aircraft.

Researchers from Virginia Tech have engineered a unique technology that enables thermal management for electronics, spacecraft, and aircraft. Associate professor in mechanical engineering, Jonathan Boreyko, and his team developed a bridging-droplet thermal diode that is said to be 100 times more effective at removing heat than other thermal management technology. 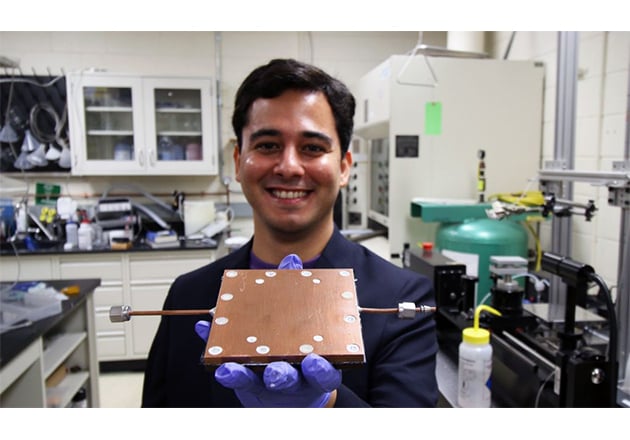 In 2016, the Air Force Office of Scientific Research awarded Boreyko the Young Investigator Research Program award. The award was given to fund the development of Boreyko and his team’s efficient and versatile planar bridging-droplet thermal diode technology. 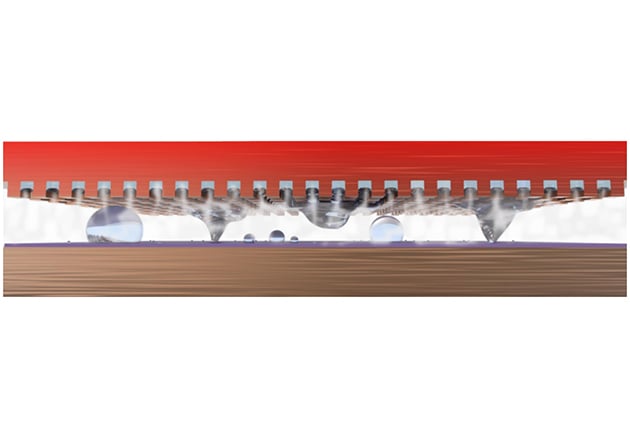 The diode created by Boreyko’s team was constituted of two copper plates situated within a sealed environment and separated by a microscopic gap. One plate is designed to retain water and the other plate water-repelling (or hydrophobic). The water-retaining side has a wick structure on its surface that receives heat and promotes evaporation, creating steam.

As the steam passes through the microscopic gap it cools, condenses, and forms droplets that settle on the hydrophobic plate. Water droplets grow larger and begin to “bridge” the gap between the two plates. As the water touches the wick it gets sucked back into it. The entire process then cycles again and again.

The bridging-droplet thermal diode is essential for removing heat generated by the running of core components like a high-performance central processing unit (CPU). Heat is passed to the conducting plate and into the water, which then evaporates into steam and moves away from the heat source. This keeps the component cool and helps to maintain its function. The hydrophobic non-conducting layer prevents heat from entering via the air or other sources. This ensures that the diode only needs to manage heat from its main subject.

Boreyko and his team hope that the one-way heat-transfer of their technology will enable a more effective way of handling heat generated electronics devices, aircraft, and spacecraft. The bridging-droplet thermal diode can be placed in any orientation and has the capability of working without the need for gravity, which leads to the prospect of its use in space.