Expanding charging infrastructure continues to be a pain point in the adoption of electric vehicles. With Tesla’s charging station security often non-existent, its growing web may be exposed to theft.

Randal Spencer is a supercharger hunter.

One of a handful in northern California, every week the 59-year old retiree heads to new supercharger stations in Tesla’s rapidly expanding network. There, he hopes to bag a “first” by using them before anyone else in the hunting game.

Motivated by an enthusiasm for EVs and an itch to see the country, he’s driven over 250 miles from his home in Alameda, California, to nab a first in Susanville. He drove two days to catch one at Hood River, an hour-and-a-half east of Portland, Oregon. And early in the afternoon on Friday, February 4, he was on his way to another, this time in Oakhurst, California, just outside of Yosemite National Park.

But en route, unbeknownst to Spencer, Tesla’s supercharger map updated the location’s status. Listed as “open” just a few hours before, it had changed to “temporarily closed.”

Around 3 p.m., as he pulled into a deserted parking lot, tucked into a corner behind a fenced-in hotel, he found out why.

Each one of the eight charging cables at Tesla's shiny new charging station had been severed clean. The rubber casing, the copper wires, the liquid cooling cable. All gone. Left in their place at each pedestal was little but a gnarled stump, the industrial version of a wrist recently divorced from its hand.

Spencer and others in a Tesla Motors Club forum, where he first posted photographs from the scene, theorize that the cables were swiped for scrap metal.

“There would be zero reason for Tesla to put in that cord and then cut it off,” Spencer said in an interview with EE Power. 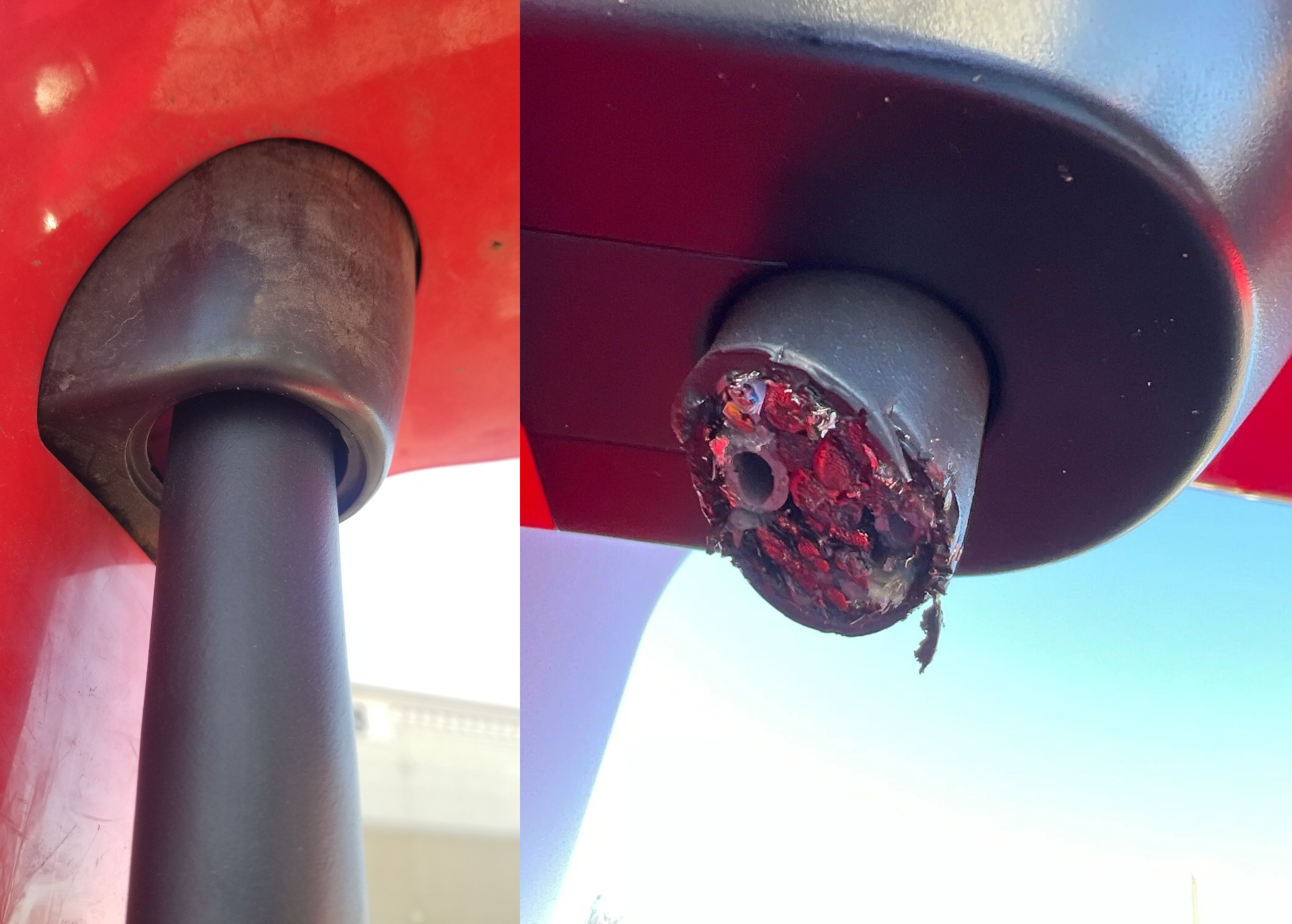 Though he’s never seen it at any of the hundreds of stations he’s been to, despite their lack of security, Spencer said it’d be easy enough to pull off with a simple pair of heavy-duty garden clippers.

“You could just go ‘Chomp,’ and those are like 18 bucks at Home Depot.”

Still, it would require some sweat. Most heavy-duty commercial clippers have an “effortless” cutting capacity of just two inches. The cables extending from Tesla’s supercharger pedestals run roughly 4.5 inches thick, about half an inch thicker than a typical gas station cable. And they are much, much heavier.

“It seemed like it wouldn’t take any real expertise or any specialized tools to do it,” Spencer said. “It’d just take gumption.”

Slicing Is Easier than Selling

It’s simple enough to cut a cord, but it might take more than raw strength to turn a profit.

Though some believe that the cables could collectively contain as much as $200 worth of copper, Spencer said that extracting it would be a challenge. One would have to cut off the identifying connector, he said, and then remove the cooling hose to mask the material’s origins. Fire could be used to remove the rubber casing, though its marks would, in theory, garner rejection from a metal recycler. 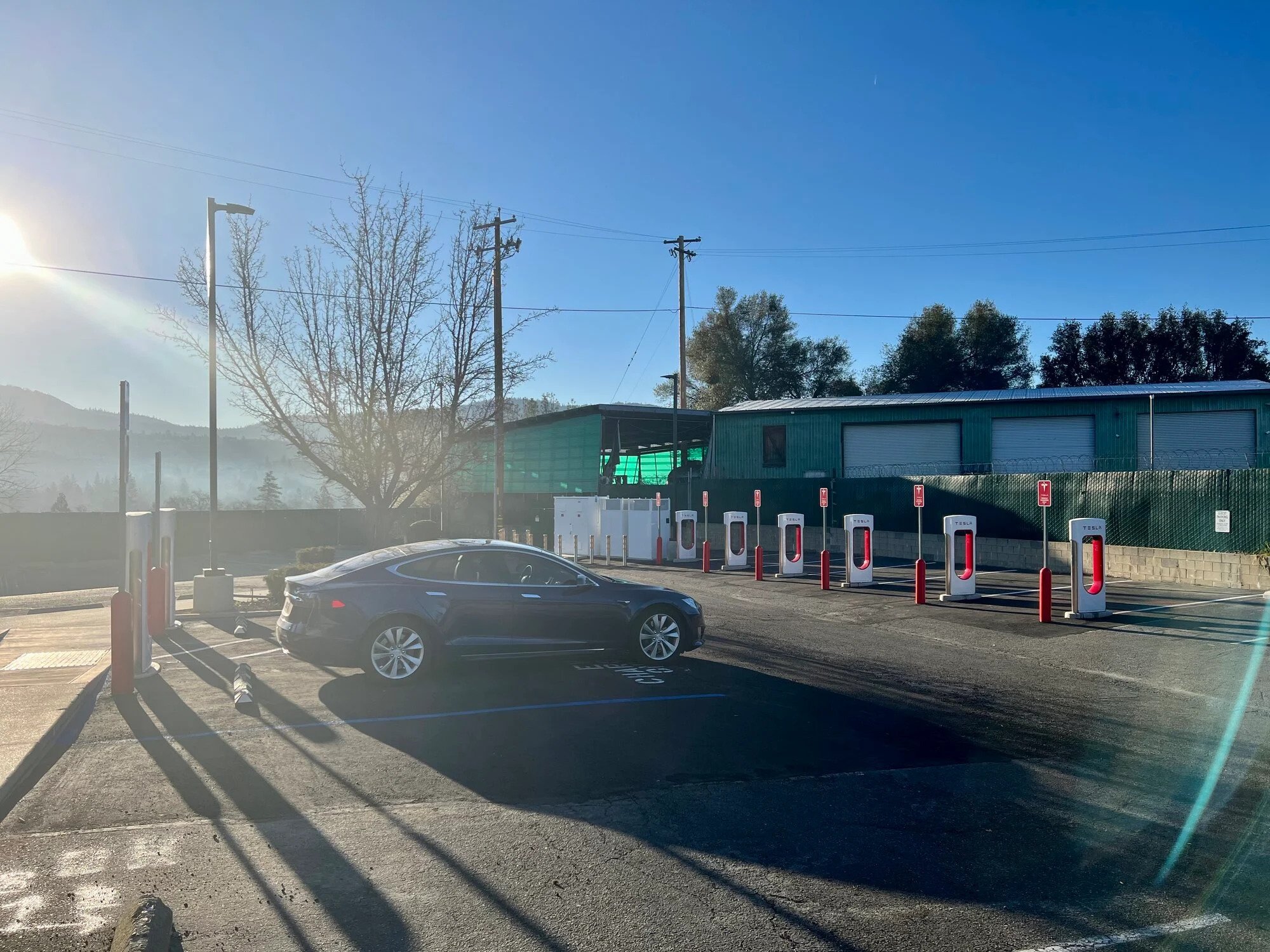 Pacific Steel & Recycling's outlet in Boise, Idaho said that it does not accept any metallic wiring that has been burned to remove insulation, in line with Title 54, Chapter 27 of the Idaho State Code. According to the statute, an enterprising thief would need to provide proof the metal was either lawfully burned, or lawfully recovered from a burned structure. All other states have adopted similar legislation.

But, if whoever took the cables managed to cleanly isolate the copper from the accompanying parts, they could readily sell it. In the absence of red flags, Pacific Steel & Recycling will buy copper for anywhere from 90 cents to $1.80 per pound, the company said.

For his part, Spencer disapproves of the ease with which one might strike that deal.

“The whole idea that we let people just show up at metal recyclers and get money for their scrap metal, without having some sort of way of proving that they own the metal, is just redonkulous,” he said.

A Speedy Response, This Time

In light of the theft, Tesla quickly updated the Oakhurst site with a solar-powered wireless alarm system. Less than a week later, the company had fixed the cables as well. 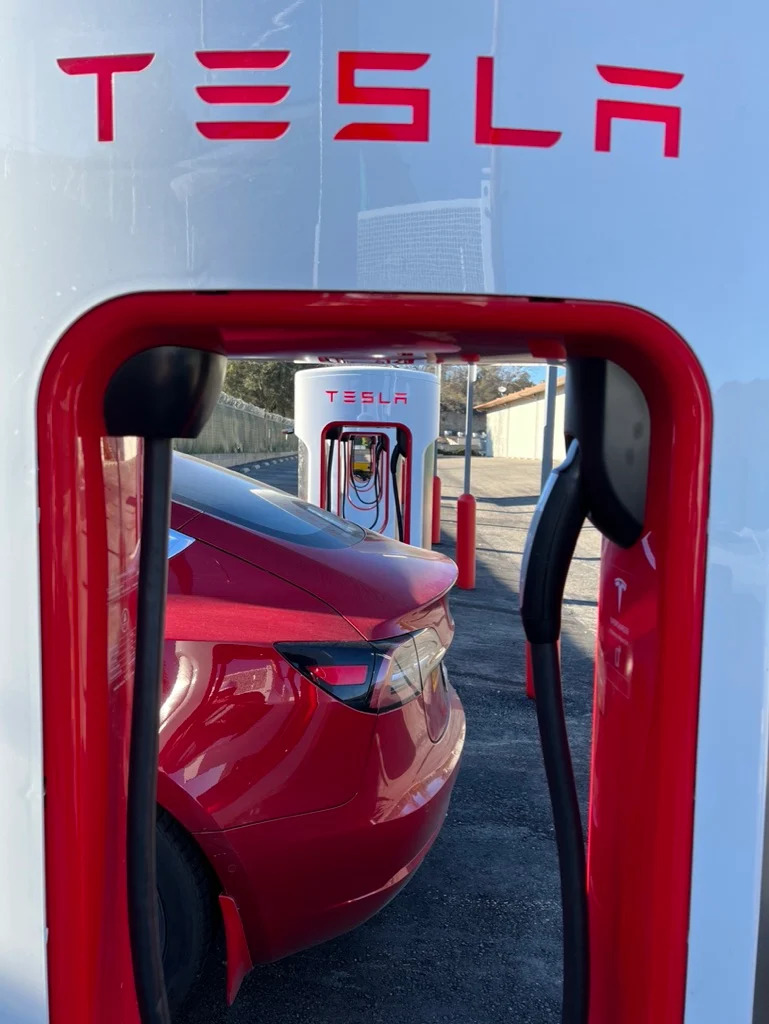 Still, it’s unclear if Tesla has the capability to respond quite so hastily should such incidents become more widespread, a possibility given its robust construction of new stations and its plans to open existing stops to non-Tesla EVs. EEPower reached out to a Supercharger engineering lead at Tesla, seeking comment, but none was available.

This Monday, the company announced that its stations in the Netherlands had been opened to drivers of all compatible EVs, part of a pilot program it began last November.