The upcoming “centre of excellence for direct current and power electronics” will allow the France-based organizations to explore energy transition solutions.

RTE and the SuperGrid Institute are teaming up to establish a center of excellence for direct current research in eastern France’s Lyon metro area. The R&D space will allow the pair to collaborate on solutions to guide the ongoing energy transition in France and across Europe. 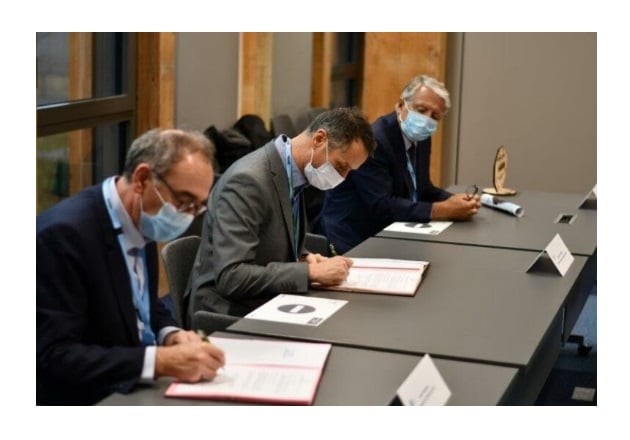 In signing the partnership agreement last month, RTE and the SuperGrid Institute announced plans to develop a direct current meshed grid to address the increase in power generated by offshore wind farms.

“As direct current technology is essential for developing interconnections between countries and connecting offshore wind farms, this partnership answers our mutual desire to tackle the challenges facing energy transition in France and throughout Europe," Xavier Piechaczyk, chairman of RTE's board of directors, stated in the announcement.

The partnership will also study DC/AC converter substation model standardization for Europe, as well as the energetic and environmental performance of submarine cables that use durable insulation materials to minimize electrical losses.

SuperGrid Institute CEO Hubert de la Grandière added, "This centre of excellence in the Greater Lyon area, the only one of its kind in Europe, is a major asset for sharing our expertise, test facilities and simulation platforms and offers us an optimal vantage point from which to prepare and train the European energy ecosystem for the future.”