High-Voltage Direct Current technology has seen many technological advancements in the past century. This article provides an introduction and brief history of HVDC technology./

High-voltage Direct Current (HVDC) technology is used in power transmission mainly for long distances. This technology has been partially abandoned after the rise of High-voltage Alternating Current transmission technology. This is due to many reasons, which will be explained in later articles.

With the new technological advancements in solid-state and doping technologies in the past century, HVDC came back to gain the attention of power transmission utilities and companies.

HVDC transmission was well-known before the discovery of alternating currents. The first practical DC transmission system was put into practice in 1882, designed by Marcel Deprez to transmit 1.5 kW over 35 miles at a 2 KV potential.

In the last decade of the 19th century, the idea of AC/DC co-existence became clear and well-known. Then, in 1901, Herwit designed his mercury-vapor rectifier, which was able to convert AC into DC. In 1928, the basis of controlled rectification and inversion was put into service.

In 1939, Dr. Uno Lamm invented a new design for the mercury-arc valve. This was the most successful attempt toward the development of HVDC conversion. Later, in 1954 the first mercury arc-based HVDC transmission system was put into service. The system was located between Sweden and Gotland within a 96 km distance at 100 KV potential and a capacity of 20 MW.

Thirty-four years later, solid-state technology was found as a better alternative as an HVDC conversion unit and started replacing Mercury-arc valves. The last commercial HVDC system based on Mercury-arc valves was the Nelson River Bipole, an 895 km long link with a maximum capacity of 6500 MW at 450 KV-DC. 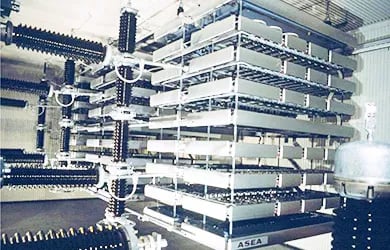 Thyristors or Silicon Controlled Rectifiers appeared in the 1950s but with very low electrical characteristics. In the 1960s the development of thyristors was astonishing, the blocking voltage of a single thyristor reached 1600 Volts and the maximum current at 1000 A. The following rapid improvements in thyristor valves allowed their usage in HVDC systems while discouraging the development of Mercury-arc valves. 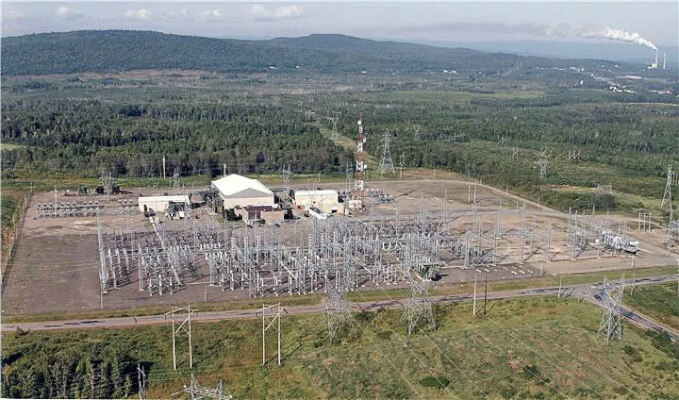 CSC systems are a great option for large power transfer cases but are very cost and space ineffective and cannot be installed for black-start systems such as synthesizing balanced three-phase voltages. New technology was needed.

The 1990s have witnessed a great development in power electronics, as the development of the isolated-gate bipolar transistor (IGBT) opened the gateway to a new HVDC transmission system technology.

IGBT systems are voltage-controlled compared to current-controlled thyristor systems. They can switch at a very high frequency, which could help decrease the system's AC harmonics. They solve the problem of black-starting and have better power control capabilities. IGBT-controlled HVDC conversion systems are called Voltage-Source Converter (VSC) Systems.

Since then, VSC HVDC systems have gone through many developments and phases of development, decreasing converter losses and increasing system reliability. 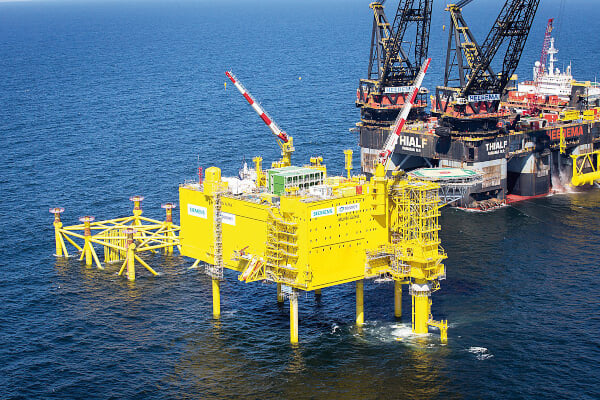 Upcoming articles will contain a full comparison of CSC HVDC and VSC HVDC, a comparison of HVAC and HVDC, and an explanation of the configurations, components, and design requirements of HVDC stations.