Solid Power to go Public in $1.2B SPAC Merger

Solid Power to go Public in $1.2B SPAC Merger

Solid Power, an EV battery maker backed by Ford and BMW, will go public in a $1.2 billion SPAC deal. 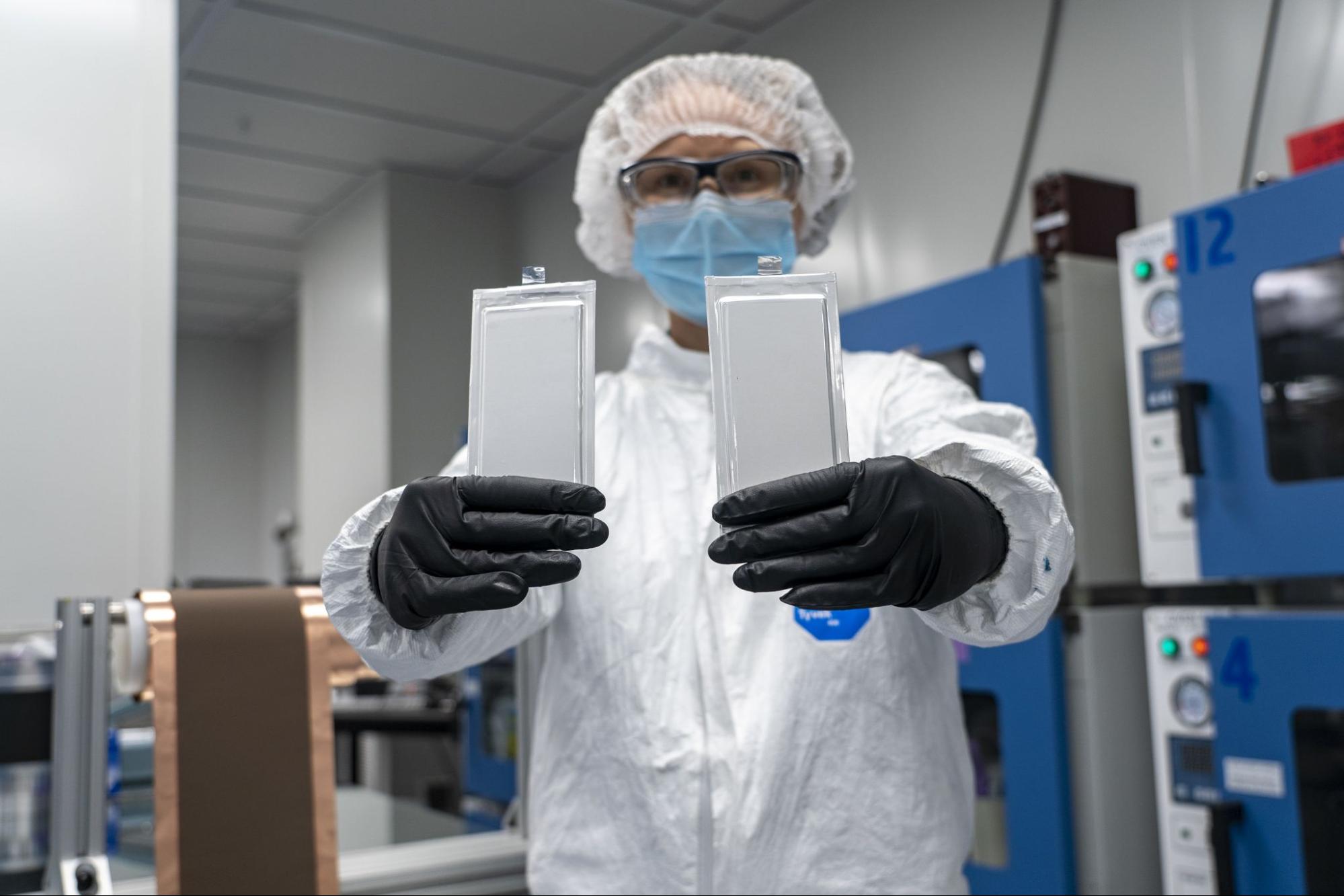 The combination, valued at about $1.2 billion, is expected to close in the fourth quarter of this year. Upon completion, the company will be listed on NASDAQ under the ticker symbol “SLDP.”

Solid Power claims its all-solid-state batteries yield a range of nearly 500 miles on a single charge—a significant improvement from existing products in the industry. For example, the single-charge range for Tesla EVs averages 250 miles to just over 400 miles, depending on the model.

Solid Power has landed development partnerships with Ford and BMW, which will integrate the company’s batteries in future EV products. According to U.S. News, BMW’s i3 EV currently provides a range of about 153 miles. Recent tests by Edmunds found that the range for Ford’s 2021 Mustang Mach-E EV models extends 264 miles to 344 miles.

Both Ford and BMW, along with Chicago investment firm Volta Energy Technologies, led Solid Power’s recent $135 million Series B funding round. In announcing the investment in May, the company said it plans to produce automotive-scale batteries in early 2022. 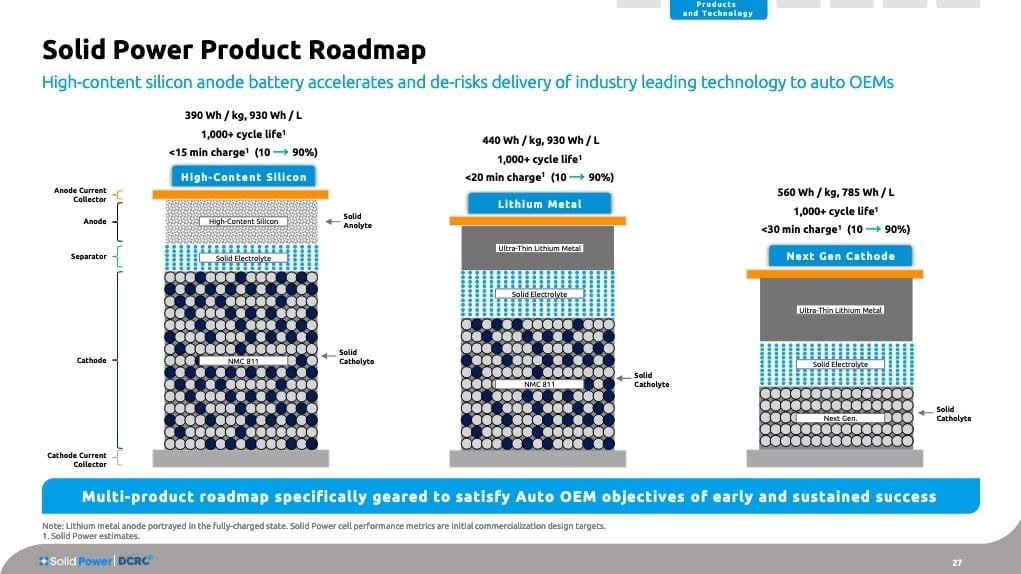 A slide from Solid Power’s presentation to investors in June (page 27). Image courtesy of Solid Power

In 2018, Solid Power raised a $20 million Series A round from several investors, including Hyundai’s Center for Robotic-Augmented Design in Living Experiences (or CRADLE), Samsung’s Venture Investment Corporation, auto parts manufacturer Sanoh Industrial Co., Solvay’s venture capital arm and lithium-ion maker A123 Systems. The previous year, it partnered with BMW Group on a joint development operation and moved into a production facility in Louisville, Colorado.

Three years after kicking off operations on its pilot production facility in 2019, Solid Power announced in May that it had successfully transitioned its high-content silicon all-solid-state batteries to its Colorado production line. In a presentation to investors last month, Solid Power stated its gross profit is expected to grow from $7 million in 2024 to $596 million by 2028.

The SPAC merger is expected to leave Solid Power with about $650 million in cash, which the company says will be used to fund operations and support its growth strategy. More specifically, Solid Power CEO Doug Campbell told TD Ameritrade in an interview last month that the capital will assist with scaling the company’s production line.

“Today we have a megawatt-hour scale roll to roll production line that essentially mirrors lithium-ion production,” Campbell stated. “We’re certainly going to scale that a bit, so that we can get to full scale in terms of size for the batteries for our OEM [original equipment manufacturer] partners, and then in parallel, we’re going to be scaling rather considerably. This single material component we produce at Solid Power is our solid electrolyte material.”

Robert Tichio, board chairman of Decarbonization Plus Acquisition Corporation III and partner at Riverstone Holdings, stated in the announcement that “no other known company has made the type of commercialization achievements in all-solid-state batteries that Solid Power has” and its technology is “built around a manufacturing process that would be indistinguishable to lithium-ion batteries.”