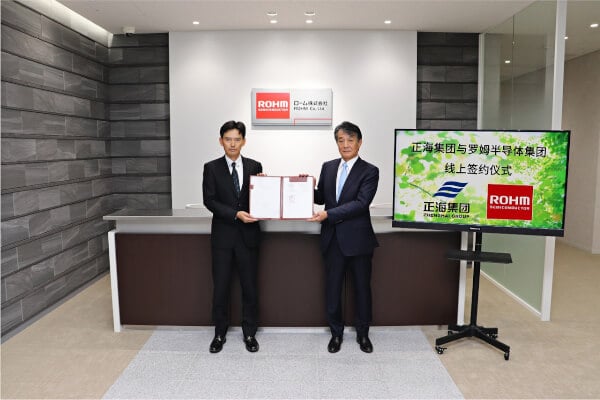 The new entity, dubbed “Haimosic (Shanghai),” will develop, design, manufacture and lead sales for ROHM’s power modules using SiC devices, aiming to serve the market for “traction inverters and other applications in new energy vehicles,” the announcement states. The joint venture will involve a combination of ROHM’s SiC chips, inverters from Zhenghai Group’s companies and both parties’ module technologies.

The company will employ 120 people and is set to be formally established this December in Shanghai’s Minhang District. Mass production is expected to kick off in 2022 with modules destined for electric vehicle applications. 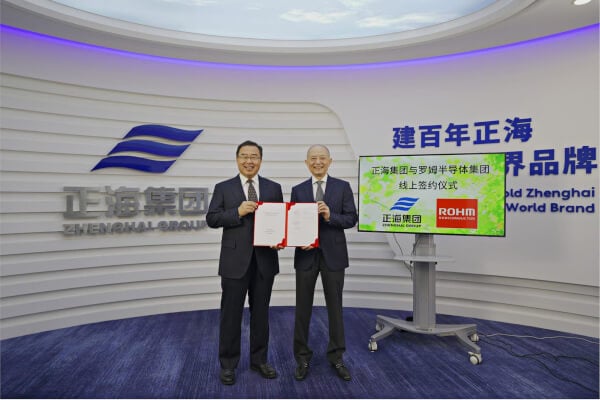 “The Zhenghai Group is determined to make the power module business a strategic business for the Group, giving it the greatest support in terms of capital and human resources,” Zhenghai Group Chairman Bi Bohai stated in the announcement. “Combining ROHM's advanced power device technology with Zhenghai's industrialization capabilities, we believe that the joint venture will contribute to the development of China's power module industry.”

ROHM President and CEO Isao Matsumoto added that developing power modules through the joint venture will “encourage the use of SiC power devices in new energy vehicles, which are gaining momentum in China, as well as play an important role in other application research.”

The joint venture is the latest move in ROHM’s ongoing EV market expansion. In September, the company teamed up with China’s Geely Automobile Group to develop advanced power technologies for EVs.

In a financial statement posted to its website in August, ROHM listed automotive and industrial equipment as the main focus of its mid- to long-term corporate strategy. The company said it will increase sales in these areas by expanding its supply of SiC products and other power devices such as IGBTs and MOSFETs, isolated gate driver ICs and power-source ICs for EVs and servers. It also mentioned it would develop new SiC power modules for EVs and advanced LSIs for base stations and data centers. 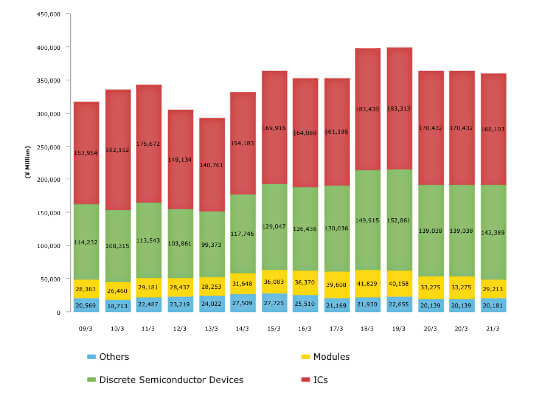 ROHM’s consolidated sales by segment from 2009 to 2021. Image via ROHM Investor Relations