The use of silicon carbide FETs and diodes allows for higher breakdown voltages and improved circuit efficiency through reduced switching losses. The APM32 series comprises three modules packaged using transfer molded technology. The NVXK2TR40WXT and NVXK2TR80WDT are H-Bridge SiC MOSFET modules, while the NVXK2KR80WDT is configured as a Vienna Rectifier circuit used for AC rectification and Power Factor Correction (PFC)  at the input of the EV on-board charger (OBC).

The APM32 series is well suited for high-power on-board EV chargers in the 11-22 kW range with advanced component integration and high-voltage silicon carbide processes. This would include the single and multi-phase 120 V/240 V Type 1 and Type 2 EV chargers common in Europe and North America. 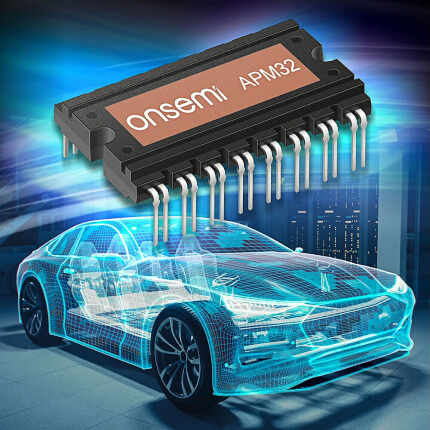 The APM32 modules are robust with a VDSS (Drain to Source Voltage) rating of 1200 V. The two H-Bridge modules have nominal RDS (on) specifications (Drain to Source On Resistance) of 40 mΩ and 80 mΩ, respectively, that can support continuous load currents of 80 A and 40 A. This range of specifications offers system designers options relative to performance and cost. Lower RDS (on) will support higher charge rates, but the larger chip size will likely add to the component cost.

Type 1 and Type 2 EV charging stations use single or multi-pole AC power (120 V or 240 V) to power the lithium-ion powertrain batteries in EVs. To do this, AC power from the charging station must be converted to a DC voltage (as much as 400 V or higher) sufficient to charge the batteries. Within the EV, this function is managed by the on-board charger circuit and involves a few steps.

First, AC power is rectified to DC through a rectification and power factor correction circuit. A transformer-isolated DC/DC power supply then converts the rectified DC power to a level sufficient for charging the powertrain batteries. In addition to galvanic isolation, the transformer can also help condition voltage levels through its primary to secondary turns ratios. 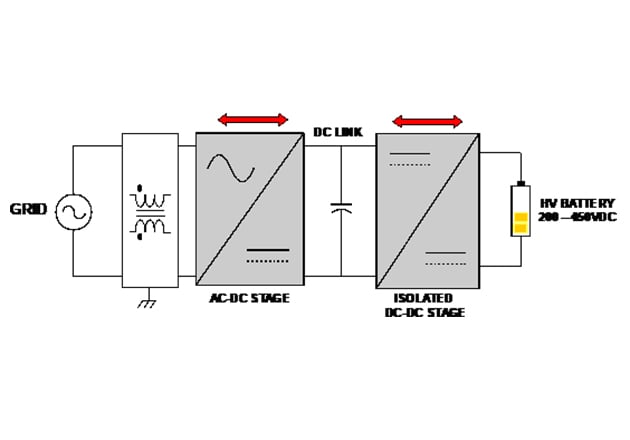 The NVXK2KR80WDT uses a Vienna Rectifier power topology for the AC rectification and PFC stage at the front of the OBC. The Vienna Rectifier topology was invented in 1993 by professor Johann W. Kolar of ETH Zurich. It is a bridgeless, active power factor correction circuit that combines high efficiency and power density. In this topology, the internal SiC FET switch is pulse-modulated to maintain a constant DC load output across an external capacitor network between the terminals of D1 and D2. The topology can be used for single-phase or three-phase rectification (using multiple modules) as required for the 240V, three-phase Type 2 chargers found in Europe. The diodes within the power module are silicon carbide as well. 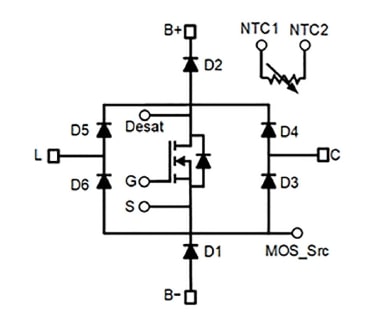 Isolated DC/DC Conversion to the Battery

Following the Vienna rectifier module, the integrated SiC FET H-Bridge modules serve as the switching circuits on either side of the DC/DC isolation transformer that convert between AC and DC voltages and provide the charge to the EV batteries. 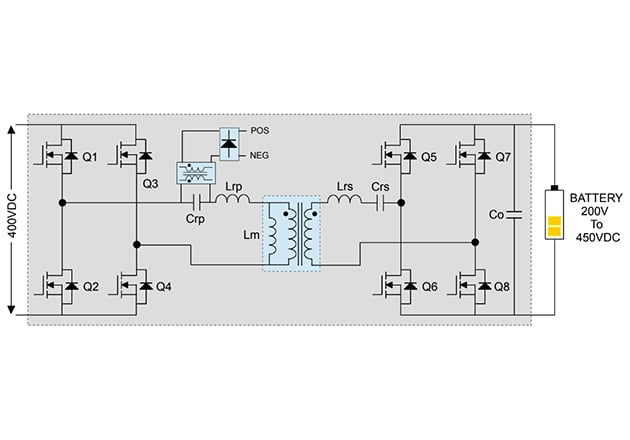 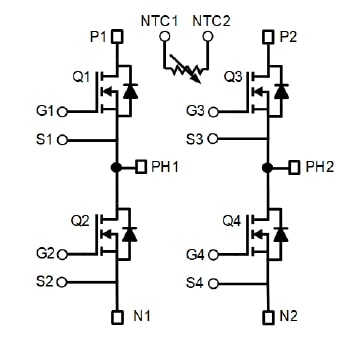 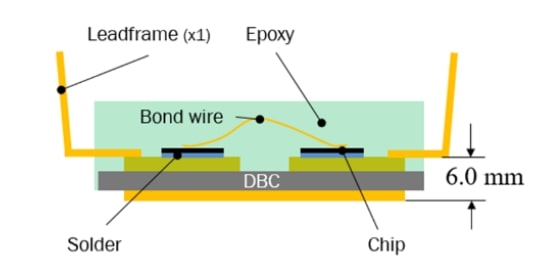