When it comes to solar cells, less is more -- the less their surfaces reflect a sun's rays, the more energy can be generated. A typical fix to the problem of reflectivity is an anti-reflective coating, but that might not always be the best solution, depending on the application.

Lawrence Livermore National Laboratory (LLNL) researchers have come up with guidelines for an alternative to anti-reflective coatings on optical devices such as solar cells, glasses and cameras, finding that reflectivity of silicon optics can be reduced to as little as 1 percent by engineering their surfaces with layers of hierarchical micro- and nanometer length structures.

A team of LLNL researchers, led by chemical engineer Anna Hiszpanski and UC Santa Cruz graduate student Juan Diaz Leon, described the parameters in a recent paper published by the journal Advanced Optical Materials (link is external). The technology has its roots in nature, mimicking the hierarchical structures found in the eye of a moth, allowing them to absorb more light and better navigate in darkness. 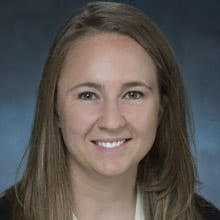 "It's a different anti-reflective approach," said Hiszpanski, who performed the experiments and was the co-lead author on the paper. "The design rules for these hierarchical anti-reflective structures haven't been explicitly laid out in these size scales. I'm hopeful they will enable others to more quickly design and fabricate optimal structures with the anti-reflective properties needed by their applications."

Reflections from surfaces can be a major challenge in optics, according to Diaz Leon, who performed the computer simulations. Typically, single-layer anti-reflection coatings are used to counter it, using destructive interference to eliminate reflections for only a narrow band of wavelengths and viewing angles. However, when reduced reflectivity across multiple wavelengths and viewing angles is desired, different approaches are needed, he said.

In the study, the group found the average hemispherical or total reflectance of silicon can be as much as 38 percent, but if only micro-scale pyramidal structures are engineered into silicon, as is common in solar cells, reflectance drops to about 11 percent. However, by stacking micro- and nano-sized arrays on top of the larger structures, total reflectivity can be reduced to as little as between 1 percent and 2 percent regardless of the angle of incoming light.

If solar cells could be textured to collect more light at all angles, Hiszpanski said, they wouldn't have to be tracked with the sun's position in the sky and could potentially be more efficient at converting energy.

When used in eyeglasses, hierarchical structures could eliminate reflectivity and glare without producing the green or purple color effect that current anti-reflective glass coatings have. Cameras would be able to take photos in lower light. The technology also could be translated to telescopes and diffraction optics.

Diaz Leon used a wave optics package to simulate the behavior of moth eye structures, combining them in a hierarchical fashion. The researchers realized the periodicity of the structures (recurrence) modified their anti-reflection properties, so they simulated structures with a similar size but introduced aperiodicity to better understand this effect.

"With these simulations, we were able to come up with a set of design rules to combine different moth eye structures hierarchically for a specific need in anti-reflection properties," Diaz Leon said. "We found that by combining moth-eye structures of different sizes, you can not only reduce reflections at the wavelength region they are supposed to operate (following the previously known rule of thumb), but you can also further reduce reflections at a given wavelength range."

Hiszpanski fabricated the samples at LLNL using all mask-less and wet etching (chemical) techniques, making the process easily scalable to large areas. The fabrication methods are unique to silicon, but researchers are looking to transfer them to plastics and glass. They plan to collaborate with UC Berkeley to make solar cells and try to improve efficiency, as well as translate the methods to flexible substrates with potential use in glasses.

The other co-authors on the project include LLNL researchers Tiziana Bond and Joshua Kuntz, the principal investigator of the Laboratory Directed Research and Development (LDRD) project that funded the research.