The appointment comes as Odyssey's gallium nitride foundry in Ithaca, NY is in the final stage of being transformed into a state-of-the-art facility for gallium nitride transistor fabrication and development. The foundry is nearly fully operational thanks to the considerable efforts of the entire Odyssey team.

The Company's former Chairman and CEO, Dr. Richard Brown, has been named Chief Technical Officer. Mr. Brown will oversee the efforts to accelerate the development of a prototype of the Company's innovative and disruptive technology to produce GaN-based high voltage switching power conversion devices and systems that may quickly supplant SiC as the dominant premium power switching device material. 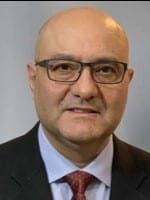 Mr. Behfar, age 56, has over 30 years of experience in the semiconductor industry. He currently serves as a mentor for Cornell University's Praxis Center for Venture Development and is President of Ulexus Consulting, a technical and business consulting firm. From January 2016 to January 2019, Alex served as MACOM Senior Vice President and Chief Scientist, Photonics. From December 2014 to January 2016, he served as MACOM Senior Vice President and General Manager, Photonic Solutions. In 2000, Alex founded BinOptics Corporation, a trusted supplier of InP lasers for data centers, mobile backhaul, silicon photonics and access networks, and served as the company's Chairman and Chief Executive Officer from inception through MACOM's $230M acquisition of BinOptics in December 2014.

Prior to BinOptics, Alex worked at IBM for more than 10 years in various capacities, including Laser Enterprise, where he designed the first commercially viable high-power 830 nm and 980 nm GaAs-based lasers. Laser Enterprise was later sold by IBM to Uniphase and is now part of II-VI Incorporated. He also served as IBM's worldwide cross-functional Intellectual Assets Program Manager for optoelectronics and telecommunications. 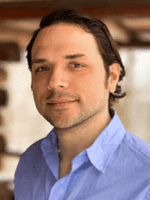 Dr. Brown has 18 years of experience in the design and fabrication of semiconductor devices, specializing in gallium nitride and related materials. Prior to Odyssey Semiconductor, he was a visiting scientist at Cornell University, where he worked on developing gallium nitride-based transistors for radio frequency communications applications and also was a founding member and device scientist at Avogy, Inc., a company funded by Khosla Ventures. Rick holds a B.S., M.S., and Ph.D. in Electrical and Computer Engineering from Cornell University.

GaN-based systems outperform Si and SiC based systems due to the superior material properties of GaN. To date, GaN devices have proven difficult to process using standard semiconductor processing methods. Odyssey has developed a novel processing modification that will allow GaN to be processed in a manner that, for the first time, will make production of high voltage GaN power switching devices viable.

The premium power switching device market - which is described as applications where silicon-based (Si) systems perform insufficiently - is projected to reach over $3.5B by 2025 and is currently dominated by the semiconductor material silicon carbide (SiC). This growth is largely driven by the rapid adoption of electric vehicles (EV) and hybrid electric vehicles (HEV) and the growing number of installations of renewables such as solar and wind power as well as increased demand for more efficient industrial motor drives.