Can Aluminum be as Conductive as Copper?

Can Aluminum be as Conductive as Copper?

Researchers are looking at ways to rearrange the structure of aluminum to dramatically improve its electrical conductivity.

Because of its superior electrical conductivity, copper has become one of society’s most important metals. Electrical transmission lines, printed circuits, cellphones, personal electronics, electrical generators and motors, and battery systems all depend upon the properties of this unique metal.

As the electrification of transportation and growth in renewable energy take hold, the need for copper is growing dramatically. A typical electric vehicle (EV), for example, carries between 80 and 120 pounds of copper in its motor windings, wiring, and battery current collectors. Renewable energy systems can be even more copper intensive—a land-based wind farm can require between 5,600 and 14,900 pounds of copper per megawatt (MW), including the turbine windings, transmission cables, and step-up transformers. Off-shore wind farms have even higher needs, requiring as much as 21,000 pounds per MW, including the cables that carry the power to the shore. 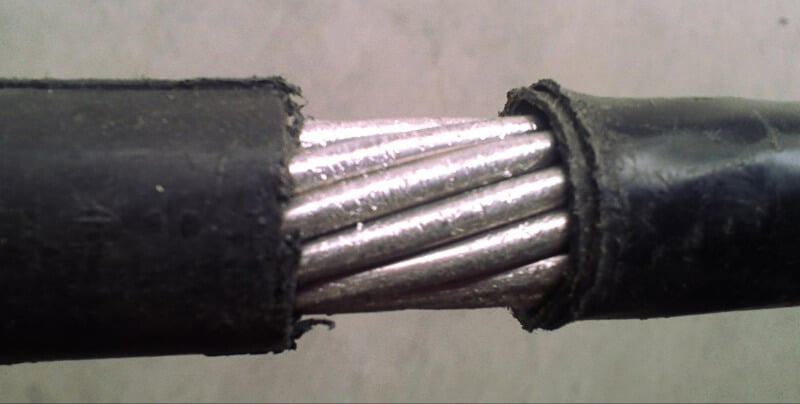 Unfortunately, the cost of copper is rising, increasing more than 125 percent from March 2020 lows. The metal has also become less readily available as the quality of copper ore being mined is decreasing. This has led researchers at Pacific Northwest National Laboratory (PNNL) to consider aluminum as an alternative.

Aluminum is attractive: It is just one-third the price and weight of copper. However, it is only about 60 percent electrically conductive, and this limitation can prevent a direct substitution for copper in many real-world applications.

“Conductivity is key because a lighter weight wire with equivalent conduction can be used to design lighter motors and other electrical components, so your vehicle can potentially go longer distances,” said Keerti Kappagantula, PNNL materials scientist, in a PNNL news release. “Everything from a car’s electronics to energy generation to transmitting that energy to your home via the grid to charge your car’s battery—anything that runs on electricity—it can all become more efficient.”

Increasing aluminum’s conductivity would change the world but wasn’t something that researchers knew how to accomplish.

“For years, we thought metals couldn’t be made more conductive. But that’s not the case,” said Kappagantula. “If you alter the structure of the metal and introduce the right additives, you can indeed influence its properties.”

So PNNL researchers set out to identify the effects of temperature and structural defects in aluminum conductivity and to, hopefully, develop an atom-by-atom recipe that could be used to increase its conductivity.

The type of molecular simulation needed had never been done for metals before. The research team looked at semiconductors for inspiration because other researchers had been successful at simulating conductivity in silicon-based materials and in some metal oxides. By adapting these concepts to work with aluminum, the team could simulate what would happen to aluminum’s conductivity if individual atoms in its structure were removed or rearranged.

These tiny changes made to the structure ended up giving big gains in total conductivity, surprising even the team.

“We didn’t think that these results would be this close to reality,” said Kappagantula. “This model simulation that’s based on the atomic structure and its different states is so precise—I was like, ‘Wow, that's right on target.’ It’s very exciting.”

A more conductive aluminum alloy to replace copper has significant implications and now that a theoretical recipe to make such material is available the next step is to work in the laboratory to see if experimental results can match the predictions from the simulations based on the theory.