Apple just announced the release of its next-generation M2 processor to be deployed in its MacBook laptop computers (Pro and Air).

For a long time, Apple relied on Intel processors for its laptops, but in recent years the company has invested heavily in developing its own in-house processor technology to power its laptop computers. This has been a significant strategic move positioning Apple as a major player in semiconductor manufacturing. Some estimates indicate that recent spending by Apple on internal semiconductors would make it the 12th largest global semiconductor manufacturing company by revenue in the world.

Power is the Key

Custom silicon is risky and expensive, but power efficiency considerations have been key to Apple’s decision to bring laptop processor design in-house.

The internally developed processors are optimized to operate seamlessly with Apple’s software, dramatically (with the intent of) improving the efficiency of processor-intensive tasks like video applications. Power is performance, and Apple customers value a lighter platform that charges faster with longer battery life. The first M1 processor was released by Apple in November of 2020. The new M2 is constructed using a second-generation 5-nanometer process geometry consisting of 20 billion transistors – 25% more than the M1. 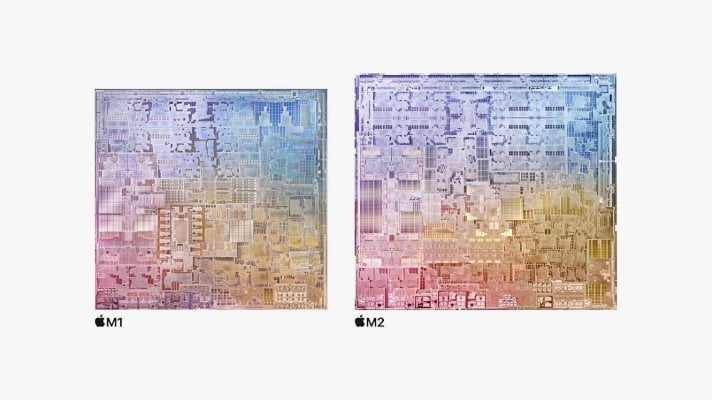 Architecting Power Management for a Laptop

Architecting a power management system for laptops like the MacBook M2 has many design considerations. Starting with the processor, board-level power rails will need to be generated with sufficient current capacity, and at the right voltage levels, to power the various core and I/O needs of the new process geometry. Originating from the external AC adaptor (30 W USB-C power adaptor), power will be methodically distributed through a series of switch-mode power converters and linear regulators to generate the needed rails as efficiently, and compactly, as possible.

Battery performance is a key design consideration and careful thought is required for selection of the chip sets that manage the charging, monitoring and basic operations of the battery. Apple claims the 52.6-watt-hour lithium-polymer battery of the MacBook Air M2 will allow for 15 hours of wireless web operation. With the 67 W USB-C Power Adapter, the MacBook is fast-charge capable (the laptop ships with the standard 30W USB-C).

The display is an important part of the laptop user experience. The MacBook Air M2 model has a 13.6-inch (diagonal) LED-backlit display with IPS technology. To drive the LED display backlighting, higher voltages need to be generated (typically in excess of 20 V). This can be done with an LED driver and boost converter similar in configuration to the LP8552 from Texas Instruments. These drivers are capable of supplying current to multiple LED strings and managing the nuances of the LED backlight operations for optimal display performance. 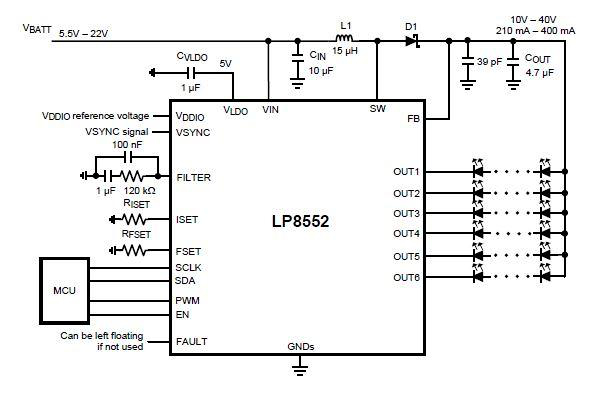 The power budget will also need to consider the operating needs of the various user interface, audio, communication and wireless chip sets.

Much of the power design for the new M2 should borrow heavily from the M1, but in a market as competitive as the laptop computer, every opportunity for improvement will be pursued.

At a minimum, the new processor should require a rethink of the main PCB board layout, to include positioning of the power management active and passive components. Apple prides itself on the slim, sleek and lightweight design of its products and, for sure, the power design is part of this equation, helping the new MacBook Air meet its 0.44-inch height profile and weight of 2.7 pounds.