With its fully electric tractor soon to hit the market, Monarch Tractor and a group of partners recently received a $3 million grant to develop battery-powered technologies for farming.

Monarch Tractor and a consortium of partners recently received $3 million in grant funding from the California Energy Commission (CEC) to develop and test battery-powered solutions to some of the most pressing problems in farming, including ongoing wildfires, grid instability, and worker shortages.

With new backing from the CEC, the companies plan to build systems to connect tractors and charging equipment to grid management systems and fleet operation centers. They’ll also develop and test new technologies allowing farmers to charge/discharge batteries to offset irrigation pumps and other loads during peak demand and power shutoff events.

Monarch Tractor initially spun out of California-based engineering firm Motivo Engineering in 2019 to develop and commercialize its patented HARVEST Tractor. The concept started as a project funded by the United States Agency for International Development, undergoing five years of testing in India and the United States.

The company’s debut MK-V product is a fully electric and autonomous compact tractor with five to six hours of charging time, a battery run time of more than 10 hours, and a battery swap cart to support longer operation sessions. Its power take-off (PTO) shaft spins at 540 rotations per minute. The electric drivetrain provides 40 horsepower (30 kilowatts) of continuous power and up to 70 HP of short-duration peak power (52 KW). 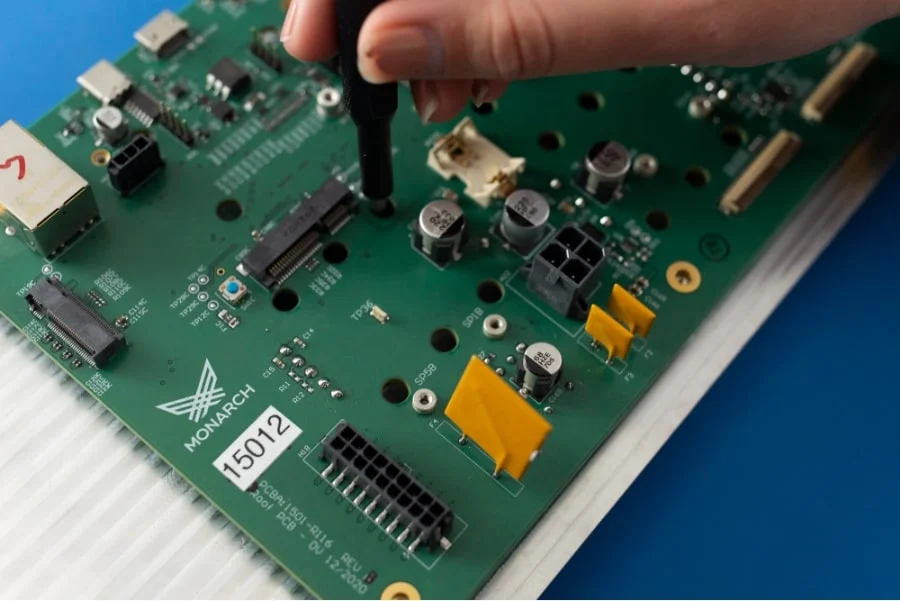 The MK-V’s price starts at $68,000 for the four-wheel drive model, with initial deliveries expected in summer 2023. The company advertises that customers can take advantage of California’s EV subsidy program and get more than 60 percent off their smart tractors.

On its website, Monarch Tractor says it has signed on several hundred working farms as preliminary customers. The company secured a $61 million Series B round led by Belgian VC firm Astanor Ventures in November 2021. Eight months before that, it landed $20 million in Series A funding led by auto parts maker Musashi Seimitsu Industry Co. and agricultural equipment manufacturers CNH Industrial and VST Tillers Tractors Ltd.

The company recently signed a contract manufacturing agreement with Taiwan-based electronics giant Hon Hai Technology Group (also known as Foxconn) to commence full-rate production of the MK-V series in the first quarter of 2023 at Foxconn’s manufacturing campus in Ohio.

While the MK-V represents a compelling renewable alternative to traditional gas-guzzling tractors, its autonomous capability is nothing new in the industry. Driverless tractors and sprayers, fruit-picking robots, and remote-controlled machinery are already on the market, often targeting large-scale farming operations. Several companies are developing artificial intelligence-enabled tractors, including industry giant John Deere, which introduced a fully autonomous tractor at CES in January 2022.

Beyond the tractor’s utility during power outages and other emergencies, Monarch Tractor is also looking to shake up a market driven by diesel-based products that rely on fossil fuels. Farmers are motivated to decarbonize their operations amid the launch of new state and federal programs that help cover the cost of energy-efficient equipment.

After testing the product on several farms, Monarch Tractor estimates its battery-powered tractor can save 53 metric tons of carbon dioxide emissions annually and yield $18,000 in operational savings per unit.

The tractor’s autonomous quality also adds a unique value proposition for addressing the farming industry’s ongoing labor shortages. Part of Monarch Tractor’s pitch is the possibility of turning tractor drivers into fleet operators. In this role, they can manage as many as eight autonomous tractors simultaneously through the company’s real-time data platform and its camera and sensor suite. 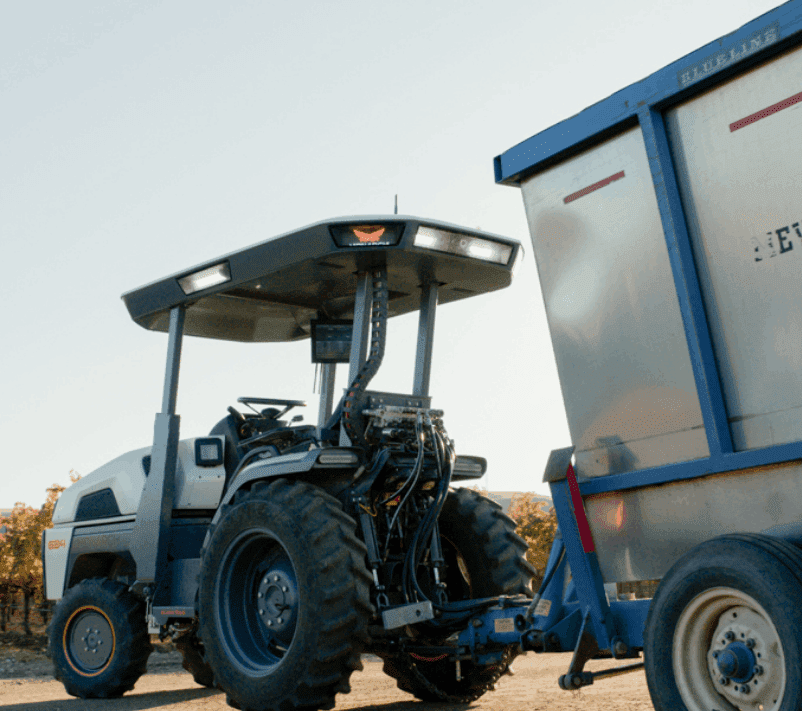 The MK-V has a battery run time of more than 10 hours. Image used courtesy of Monarch Tractor

However, getting the product to the market has proven a challenge in Monarch Tractor’s home state. Earlier in 2022, the board overseeing California’s Division of Occupational Safety and Health (Cal/OSHA) blocked the company’s petition to amend a 1970s-era labor code preventing the widespread adoption of autonomous tractors in the state. Per reporting from Agri-Pulse West, regulators previously granted Monarch Tractors a temporary variance to conduct a safety trial for its tractors.

According to the board’s decision, the company would still be allowed to continue its trial, though Cal/OSHA staff may request updates on its progress and results.