The U.S. Department of Energy has issued several renewable energy announcements. The DOE is increasing its funding for projects ranging from carbon management to concentrated solar/thermal power.

The U.S. Department of Energy’s (DOE) funding allocations amount to more than $2.5 billion. Below, EE Power will summarize the agency’s latest calls for funding applications and public input. 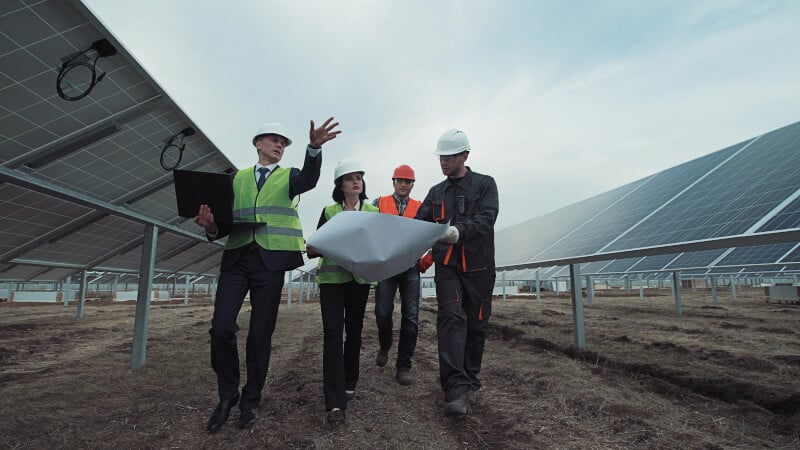 $2B for Carbon Dioxide Transportation Infrastructure

Drawing from the coffers of the Bipartisan Infrastructure Law signed by President Biden in November 2021, CIFIA will support a range of infrastructure projects that connect carbon sources to storage or usage endpoints, including pipelines, rail transport systems, vessels, and ground shipping.

In a statement, U.S. Secretary of Energy Jennifer Granholm said the program targets projects that address the challenges of deploying carbon management systems: transporting the CO2 where it’s sequestered or used up.

Through its Office of Science, the DOE is investing $400 million in basic research projects that help meet the department’s goals across clean energy, national security, and biological and environmental fields. The funding spans several broad categories, including fusion energy, advanced computing, nuclear physics, and isotope and accelerator research and development.

Unlike the usual funding opportunity announcement (FOA), this annual grant program doesn’t target any particular technology or market. Rather, the call covers basic research that doesn't fall under any topical funding opportunity. The Office of Science says that based on the history of this FOA, the latest round could include 200 to 350 recipients with awards ranging from $5,000 to $5 million per year.

Applications will close Sept. 30, 2023, unless the FOA is replaced by another program.

$24M for Solar/Thermal and Industrial Decarbonization

The DOE is doling out $24 million in awards to 10 research teams working on concentrating solar/thermal power (CSP) systems. CSP systems are designed to pull energy from the sun and convert it to heat for electricity (generally through a turbine) and industrial applications, such as chemical and cement production, as well as food and mineral processing.

The awards are divided into two batches: Five projects focusing on advanced industrial use of CSP systems received $13.2 million, while the other five received $10.7 million for next-generation solid particle control systems for CSP plants. Most of the recipients are universities and national laboratories, but a few companies were included as well: California-based Heliogen and New York-based GE Research (the R&D arm of General Electric).

Accompanying the announcement, the DOE and the National Renewable Energy Laboratory (NREL) released a 179-page roadmap for researching and deploying heliostats, which are mirrors that convert sunlight at CSP plants. The United States currently claims a small share of global CSP deployment, with around 1.7 gigawatts in operation compared with 6.2 GW worldwide, according to the International Energy Agency’s SolarPACES program.

Since heliostat components account for 30 percent to 40 percent of the cost of CSP systems, the NREL argues that cost-reduction and R&D programs are necessary to boost commercial deployment. To that effect, it put out a $3 million request for proposals, expecting to fund four to eight projects with individual awards ranging from $250,000 to $1.5 million. Submissions are due November 8.

In early October, the DOE put out a request for information (RFI) to guide its funding allocations under the Defense Production Act, which has new authority to fund projects involving grid reliability and domestic renewable energy production. Responses to the RFI are due November 30.

In the announcement, the DOE also mentioned plans to draw $250 million from the Inflation Reduction Act to fund heat pump manufacturing and deployment projects. A separate RFI will be issued for that opportunity.