An international team of researchers has conceptualized an innovative approach to hydropower generation in mountainous regions: Use the regenerative braking of electric semis.

Growth in the deployment of hydroelectric power, still easily the world’s largest source of renewable energy, is slowing down. According to a forecast from the International Energy Agency, this decade will see 23% less growth than did the years between 2010 and 2019. Part of that decline can be attributed to the inherent difficulty of constructing new hydropower systems.

And in steep mountainous terrain, that difficulty is magnified. Constructing an effective catchment area—the area from which water is drained into a river, whose flow is regulated by a dam—for instance, presents an acute challenge. Given geographic constraints, their size is often limited, which results in low generating capacity and a lack of bang for developers’ proverbial buck. 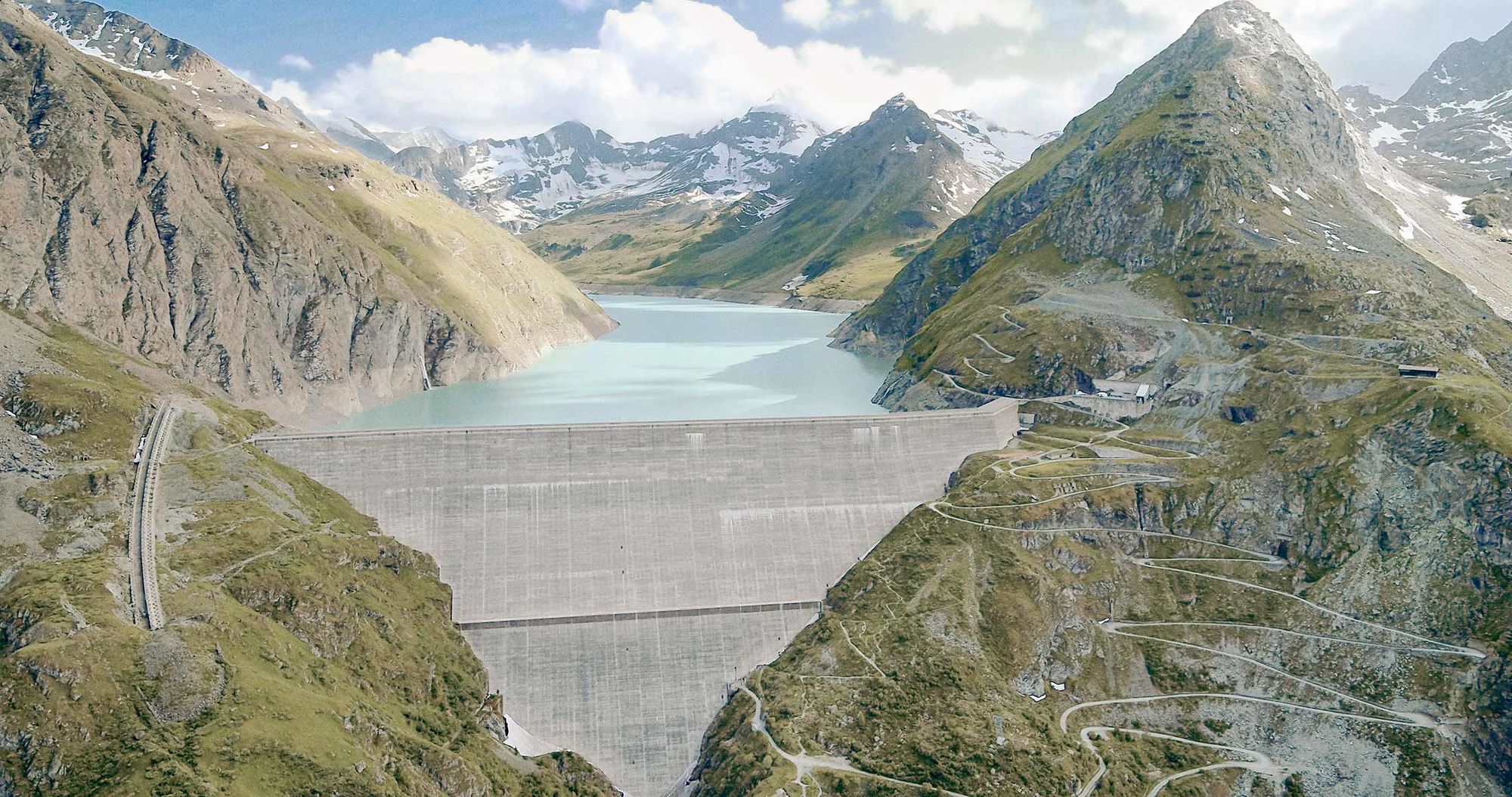 To tackle the issue, an international team of researchers has conceptualized a mountainous hydropower system that utilizes electric trucks. Fittingly dubbed “Electric Truck Hydropower (ETH),” the system, scheduled for publication in the journal Energy this June, takes advantage of existing mountain road networks to construct what amounts to a charging runway, where additional energy is generated via water stored in the trucks’ cargo holds.

“This technology does not require dams, reservoirs, or tunnels, and it does not disrupt the natural flow of the river and fish passage,” said Julian Hunt, a team member and research scholar at the International Institute for Applied Systems Analysis. “The system requires only roads, which already exist, charging and discharging stations similar to small car parks, a battery facility connected to the grid, and the trucks.”

Regenerative braking is at the heart of ETH.

In an electric vehicle (EV), the motor supplies energy to propel the vehicle, which then produces kinetic energy; when the motor operates in reverse, it acts as a generator. When an EV decelerates, that generator converts its kinetic energy into electrical energy. In a conventional vehicle, the energy would be lost as heat, but here it’s used instead to charge the EV’s battery.

So in ETH, as the trucks repeatedly and heavily brake while descending steep mountain passes, their regenerative braking systems work overtime to convert their kinetic energy, which is boosted by the extra water weight, into robust battery charge.

The ETH system is simple. At a charge site located, say, at the top of a mountain pass, trucks source water from a nearby river to fill containers, which are then stored in their cargo compartment. The trucks then make the long, steep descent to a discharge site near the base. 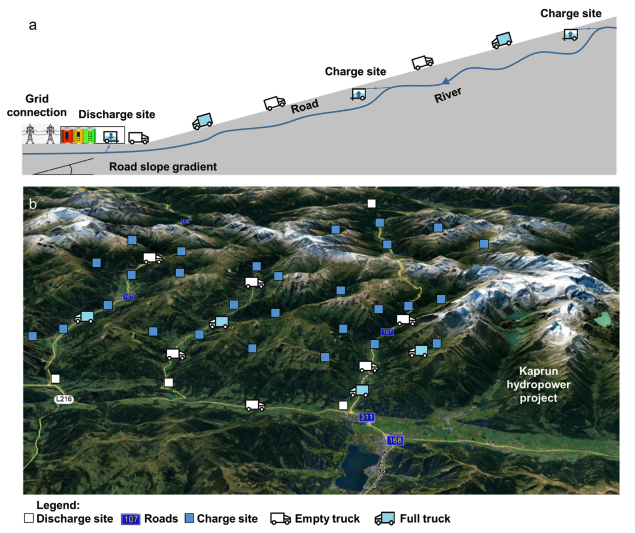 As they descend, those regenerative braking systems convert the potential energy of the water, as expressed in the kinetic energy of the truck, into extra charge for the trucks’ batteries. Once at the bottom, the batteries are discharged until only a fraction of juice remains, just enough to make it back to the top of the mountain.

The harvested energy can then be sold to the grid, stored for times of need, or utilized by the truck for later transport of goods.

To boost those numbers,  the researchers proposed using composite structural batteries to reduce the weight of the truck and increase recharge mileage. 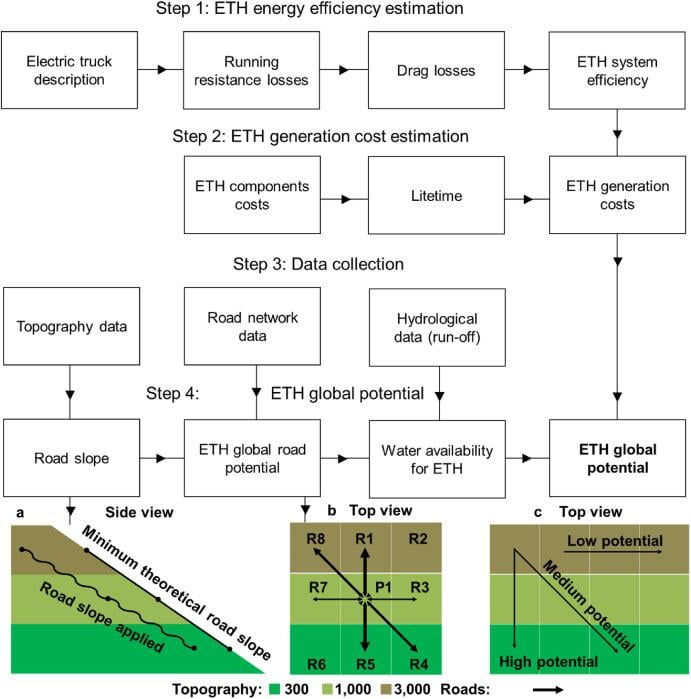 Their projected minimum levelized cost in steep mountains was $30 per megawatt hour (MWh), which is significantly cheaper than that of conventional hydropower, at $50-200 per MWh.

For generating capacity, the team estimated that the system has the potential to generate 1.2 petawatt hours (PWh) of electricity per year, on a global scale. That’s equivalent to roughly 4% of global energy consumption in 2019.

And potential is highest in the Himalayas and the Andes.