JETCOOL Technologies recently unveiled their new approach to cooling computer processors and other electronics, winning the MIT spinoff the title of Next Top Startup. Their technology could change the way the world cools the electronics powering aerospace, electric vehicles, and AI data centers.

"Many of our favorite services run on processors that could do even more, but they get too hot," said Bernie Malouin, JETCOOL's CEO. "With better cooling, we hope to break that logjam and help technology companies create a new wave of devices that will power tomorrow's extraordinary innovations."

"With our technology, we can build the heat sink into the silicon substrate itself," said Malouin. "Think about that, the world's best cooling built into the computer chip so you can't even tell it's there."

You may also like: Kemet Tantalum Capacitors No Longer Subject to Chinese Tariffs

This new patented technology is an innovative way to cool high-power, power-dense electronics. It relies on microjet cooling using small jets of high velocity fluid to cool the device. Instead of passing fluid over a surface like in typical heat sinks or cold plates, microjets are aimed directly at the surface. 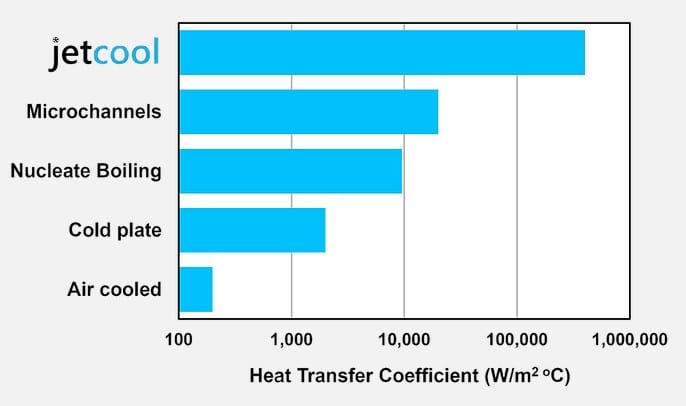 JETCOOL's devices use a patent-pending approach to form a jet of coolant less than a millimeter in diameter. This microjet impinges directly on the surface to be cooled. The momentum of the jet suppresses the thermal boundary layer at the surface, producing very high heat transfer coefficients in the impingement zone. 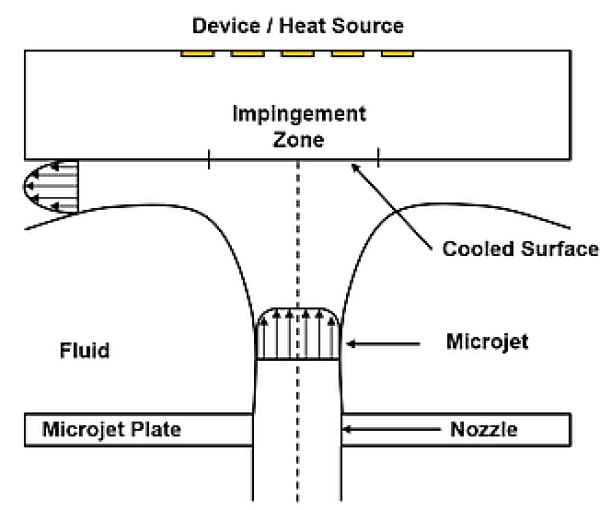 Cooling Right Where It's Needed

Because the microjet can be directed right at the component that needs to be cooled, you avoid many of the additional layers (and thermal resistances!) of typical stackups. This lowers the overall thermal resistance of the system, providing thermal engineers with a better, smaller, lighter solution.