The new facility marks a continued international expansion of the California-based analog integrated circuit provider in a region with heavy involvement in the automotive and industrial power sectors. 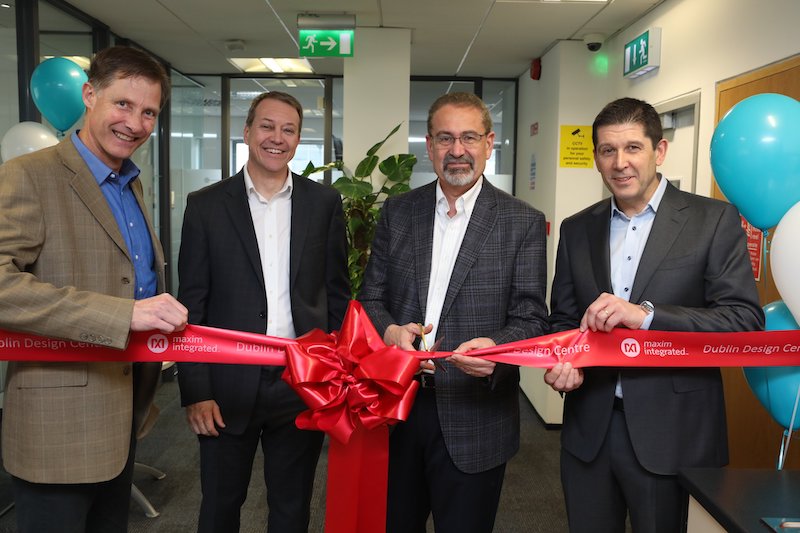 The announcement, made February 19, marks Maxim’s continued expansion beyond the U.S. market. The Dublin facility, located on the south side of the city, will be the company’s seventh design center in Europe, according to the press release. Maxim also has locations in Italy, Sweden,  and Germany.

A foothold in Dublin will allow the Fortune 500 company to further diversify the development of its analog semiconductor products geographically, placing design and R&D operations in a region with heavy involvement in the automotive and industrial power sectors. Maxim Integrated already has more than 10 offices in Asia, spread across China, Taiwan, Korea, Japan, the Philippines, Thailand, and India. However, the new expansion to Dublin will allow for more opportunities in Europe.

Ireland has seen a fair share of activity in the semiconductor and circuit sector. Namely, Intel has a 30-year presence in Ireland, with 4,900 employees across its campuses in Leixlip and Shannon. ON Semiconductor also has two design centers in Ireland, located in Cork and Limerick. Cypress Semiconductor has two offices in Dublin and Cork.

Ireland’s domestic semiconductor firms are capturing international interest as well, with some recent acquisitions of note. Just last month, Dublin chipmaker Decawave was acquired by Qorvo for $400 million. In May 2018, ON Semiconductor acquired Cork-based SesL Technologies, a provider of sensors for driverless cars, in a reported multimillion-euro deal. Another key deal occurred happened in 2015 when ROHM Semiconductor acquired Cork-based IC provider Powervation Ltd. for $70 million.

Maxim’s effort to build its presence internationally is paying off. Throughout Fiscal Year 2019, 18.5% of the company’s revenue was sourced from Europe, 35.1% from China and 32.7% from other locations in Asia, compared to just 11.1% from the U.S. market.

There are currently 10 job openings at Maxim’s Dublin facility. More than half are design-related positions.