On April 25, 2022, the Eindhoven University of Technology (TU/e) announced that the Eindhoven battery is now ready for its first real-world tests. Developed in collaboration with a consortium of TU/e, TNO, spin-off Cellcius, and industrial partners, the loss-free heat battery may provide a solution for the fluctuating supply of renewable energy in homes and buildings. The battery may also provide a means of recycling heat waste from domestic or industrial sources. How might this thermochemical solution bridge the gap in the energy transition?

The Eindhoven battery provides thermochemical heat storage through the interaction of water and salt. Research collaborators, including principal investigator professor Olaf Adan, selected a salt hydrate (potassium carbonate) in their experiments. Based on cyclic measurements, potassium carbonate can store 15–66 GJ annually, repeated over at least 20 years; when the salt reacts with water vapor, the properties of the salt crystals change, which causes heat to be released. This is a reversible process that can also store heat upon dehydration of the salt crystals. As long as the water and salt are kept separate, energy is always stored in it, making the Eindhoven battery loss-free.

Following experimentation, the researchers worked on developing an affordable, compact, and efficient method of utilizing their salt and water-based heat storage solution. Eventually, Adan constructed “a closed-loop system,” demonstrated in 2019. 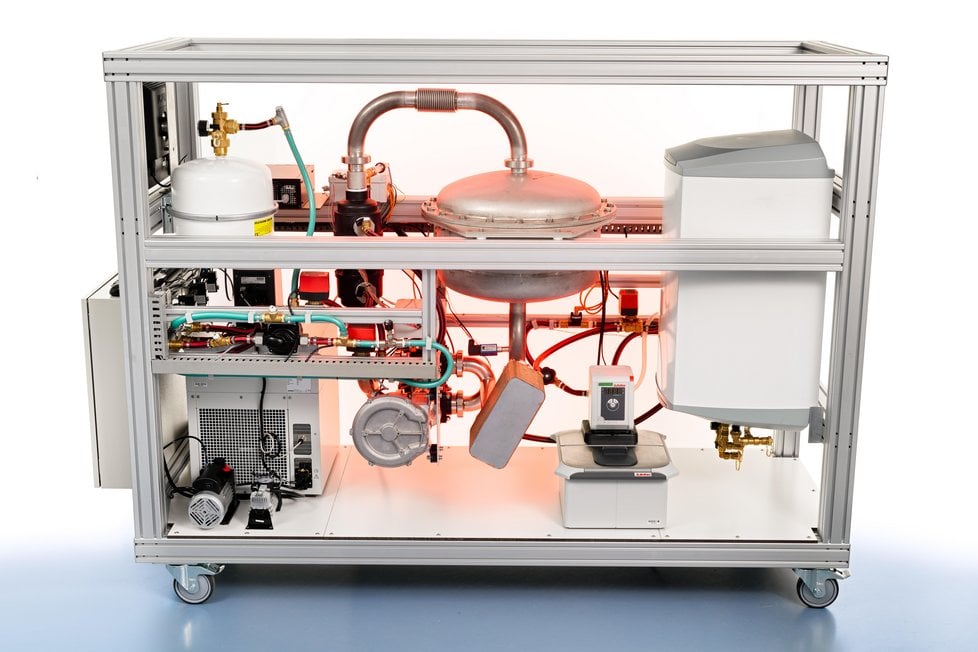 The demonstrator device consists of a few basic components (heat exchanger, fan, evaporator/condenser, and a boiler with salt particles). It could theoretically provide enough heating (7 kWh) to sustain a family of four for two days.

In a recent news release, Adan commented, "It still looked pretty basic, with existing, mature technology, but it allowed us to demonstrate that our concept, simple as it was, worked.”

Despite a modest performance, the demonstrator device was able to secure a European subsidy of seven million euros for further development. 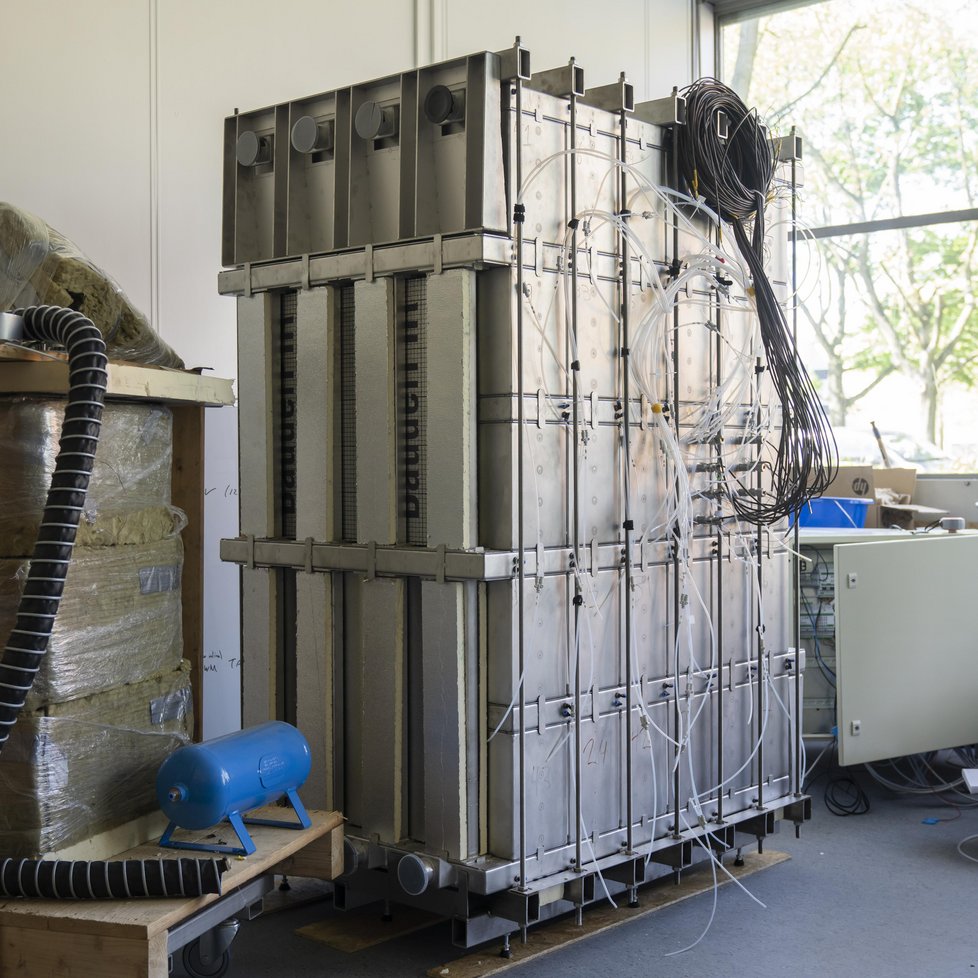 The researchers designed a modular prototype (containing 30 'lockers') that could deliver a total storage capacity of over 200 kWh. This is “equivalent to two fully-charged Teslas,” said Adan. The modular design of the prototype boosts efficiency and offers greater design flexibility. In the same news release, Adan said, "It is not yet a product, but everything is now ready to be tested for the first time in a real-world situation."

A battery with a capacity of 70 kWh – which is enough to last a few days without sun or wind – will be installed within four homes; two in Eindhoven, one in Poland, and one in France. This is an initial pilot of the heat battery that will be used to garner user information and learn about what is needed to scale up the technology.

The Eindhoven Battery is not only positioned as a potential solution for household heat storage but office buildings, greenhouse horticulture, electric buses, and even luxury ships. One particular area of interest is the reuse of industrial residual heat.

"In the Netherlands, we have about 150 PetaJoule of residual heat from industry per year. That would enable you to take almost 3.5 million homes off the gas,” said Adan.

In an upcoming test trial planned for next year, Adan and fellow research colleagues intend to transport residual heat from the Chemelot Campus in Sittard-Geleen to about fifty homes in the same municipality. In this way, industrial facilities can be made more efficient and reduce wasteful energy loss while providing for nearby communities.

Electrical design engineers can use thermochemical heat storage to make power electronics devices more efficient by reducing water-cooling. The Eindhoven battery could be used to cool down electronic devices by storing excess or runaway heat. This can make such devices operate and perform more effectively.

Electrical, as well as thermal energy, can be added to the battery. This means that energy can be retrieved from solar panels, or wind turbines during the summer months, converted into thermal energy, and then stored for use in the winter.

With further development, Adan and his research team believe their battery could help the global energy sector transition from fossil fuels to zero-carbon by the second half of this century by alleviating the strain on heat and electricity networks during peak periods.