Sodium Could Replace Lithium in Some Battery Systems

Sodium Could Replace Lithium in Some Battery Systems

Sodium is cheaper and much more common than lithium, but sodium-ion batteries have some challenges that will need to be resolved.

Since their commercialization in 1991, lithium-ion batteries /have become the enabling technology for modern society. Largely because their cost has decreased by 97 percent in the past three decades, laptops, cell phones, electric vehicles (EVs), and renewable power grids today use some form of lithium-ion battery. This is unlikely to change over the short term, but it hasn’t kept researchers from seeking out next-generation energy storage systems.

Sodium an Option to Lithium-ion

Sodium-ion batteries are an option that has come under intense study. Replacing lithium with sodium has one big advantage—sodium is much more common and cheaper than lithium. There is a problem: Sodium-ion batteries have thus far demonstrated relatively low energy densities and are limited in the number of charge and discharge cycles that they can withstand. 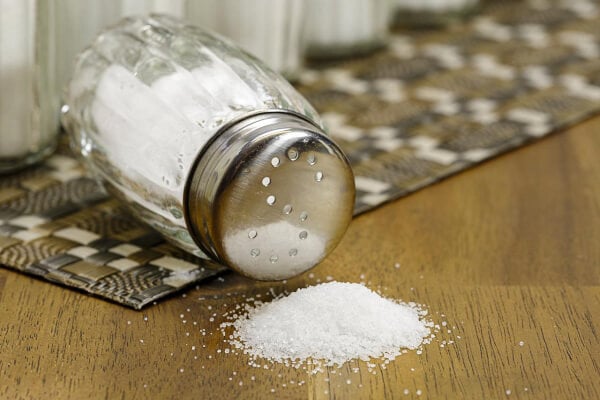 Lithium as a Charge Carrier

In a lithium-ion battery, the lithium acts as a charge carrier between the positive electrode (cathode) which is frequently a nickel oxide material and the negative electrode (anode) which is usually made from graphite. Lithium-ion moves through a liquid electrolyte in contact with both electrodes. In a sodium-ion battery, the sodium ions act as the charge carriers between a cathode that is based on a sodium-containing material, a carbon-based anode, and a liquid electrolyte containing dissolved sodium salts.

The problem with sodium-ion batteries comes from the instability of the solid-electrolyte interphase (SEI) that forms where the electrolyte meets the cathode. The SEI is critical to maintaining the battery integrity however during charging and discharging cycles the dissolution of the SEI is significantly more severe than it is with lithium-ion batteries leading to side reactions, depletion of the electrolyte, and ultimately capacity loss making the sodium-ion battery unsuitable for use in modern electronic devices, EVs, and grid applications.

A research team from the Department of Energy working at the Pacific Northwest National Laboratory has been working to develop a sodium-ion battery with the ability to withstand many more charging and discharging cycles in laboratory tests. The team has been working on new electrolytes that prevent the performance issues that have been the limiting factor in sodium-based batteries. These findings are published in the journal Nature Energy and provide a promise for a battery that is based upon much more plentiful sodium.

“Here, we have shown in principle that sodium-ion batteries have the potential to be a long-lasting and environmentally friendly battery technology,” said PNNL’s Jiguang (Jason) Zhang in a DOE news release.

The new electrolyte lowers the solvation ability for SEI components, facilitating the formation of insoluble SEI components and minimizing the SEI dissolution. The new electrolyte consists of sodium bis(fluorosulfonyl)imide (NaFSI) salt in a solvent mixture of dimethyl carbonate (DMC) and tris 2,2,2-trifluoroethyl)phosphate (TFP), resulting in a stable SEI on the hard carbon anode and a stable interphase formation on a sodium-nickel-manganese-cobalt (NaNMC) cathode. The team reports that a sodium-ion battery with the new electrolyte demonstrates capacity retention greater than 90 percent after 300 cycles when charged to 4.2 volts and generation of an ultra-thin protective layer on the cathode, contributing to additional stability of the entire battery system.

The materials used in the PNNL-developed sodium-ion electrolyte create a naturally fire-extinguishing solution. This is significant because lithium-ion batteries use electrolytes composed of highly flammable organic solvents, creating a fire danger if a lithium-ion battery is overcharged or mishandled.

The sodium-ion battery using the PNNL electrolyte is also impervious to temperature changes and can operate at high voltages.

According to PNNL, “One key to this feature is the ultra-thin protective layer that forms on the anode. This ultra-thin layer remains stable once formed, providing the long cycle life reported in the research article.”

“We also measured the production of gas vapor at the cathode,” said Phung Le, a PNNL battery chemist and one of the lead authors of the study. “We found very minimal gas production. This provides new insights to develop stable electrolyte for sodium-ion batteries that may operate at elevated temperatures.”