Adapting large-scale power grids to run safely and reliably on solar and wind power will require some adaptations.

As wind and solar photovoltaic (PV) renewable energy sources get added to large-scale power grids, several factors must be considered to maintain a safe and stable grid. A recent report by the National Renewable Energy Laboratory (NREL) details fault current, or the ability to inject large amounts of current during a short circuit. 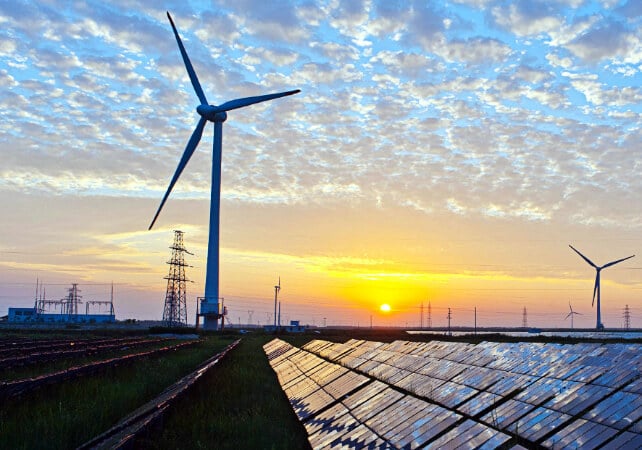 Power plants that use fossil fuels, nuclear power, and hydroelectric resources generate their electricity by using synchronous generators that produce the alternating current (AC) that is used directly on the power grid. Renewables like wind and solar, however, generate direct current (DC) that must be changed to alternating current using an inverter. These renewables are often referred to as inverter-based resources (IBRs).

One challenge with IBRs is making sure the grid is protected if there is a fault, such as a short circuit. Short circuits can occur when two wires touch or a tree touches a wire, causing the generators to produce a big surge of electrical current. This surge is called fault current, and it can lead to fires and damage to equipment if not corrected.

The most typical type of fault is a short circuit. On the power grid, short circuits can occur, for example, when two wires touch or when a tree touches a wire. This causes the generators to produce a big surge of electrical current. With traditional synchronous generators, this current can be detected with low-cost equipment such as circuit breakers.

IBRs are not designed to be able to produce the large amounts of fault current that synchronous generators can develop so a simple circuit breaker won’t detect a short circuit on the grid. For renewables like wind and solar other ways need to be found to indicate a fault has occurred.

"There is a range of options that can maintain system protection, including some that are very well understood and have a high degree of certainty, like synchronous condensers," said Ben Kroposki, director of NREL's Power Systems Engineering Center in an NREL release. "Other options could include entirely new protection schemes that do not rely on large fault current. These are in earlier stages of development so they're less certain, but they could ultimately provide the same or even higher levels of protection at a lower cost."

NREL has produced this entertaining video that explains how to solve this challenge and maintain power systems protection with higher levels of renewables in the future grid.