Of note is that EPC's WLCS packaging passed all the same testing standards created for conventionally packaged parts, demonstrating that the superior performance of chip-scale packaging does not compromise ruggedness or reliability.

Reliability testing that goes beyond the AEC-Q101 requirement to develop a deeper understanding of unique mechanisms that could lead to device failure is also explored in the report. A section is devoted to examining the extremes of dynamic RDS(on) testing during hard-switching conditions. This testing demonstrates that eGaN devices are stable over long term continuous switching operation.

A third section expands on the accelerated stress testing previously explored in the EPC Phase 6 report. Beyond gate leakage being monitored continuously, other device parameters (VTH and IDSS) are logged on regular intervals. This kind of data gives a more complete picture of device degradation under high gate stress conditions and provides visibility to multiple independent physical failure mechanisms. Testing demonstrates that eGaN FET gates are very rugged and reliable. 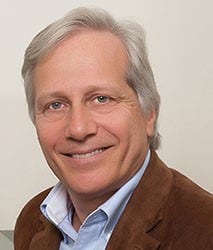 According to Dr. Alex Lidow, CEO and co-founder of EPC, "eGaN devices have been in volume production for over nine years and have demonstrated very high reliability in both laboratory testing and customer applications such as lidar for autonomous cars, 4G base stations, and satellites to name just a few. In fact, there have been no field failures in over two years despite shipping millions of parts."

"With the release of this reliability report, we continue our commitment to subject GaN devices to rigid industry standards and share the results with the power conversion industry − as confirmed with over 30,000 EPC parts stress-tested for more than 18 million hours without failure," added Dr. Lidow.

The Phase Ten Reliability Report adds to the growing knowledge base published in EPC's first nine reports and represents an ongoing commitment to study, learn, and share information on the reliability of GaN technology.