Could the Climate Bill Throw a Wrench in the Gears of Offshore Wind?

Could the Climate Bill Throw a Wrench in the Gears of Offshore Wind?

Utility-scale farms are finally breaking ground and the BOEM is accelerating its leasing, but fine print in the Inflation Reduction Act may lead to bureaucratic headaches.

The offshore wind industry in the United States could best be described as fledgling.

As of 2021, the country boasted a cadre of just seven operational turbines spread across two sites, one off the coast of Rhode Island and the other roughly 27 miles from the shores of Virginia Beach. This in comparison to Europe, whose first offshore farm came online nine years before the turn of the 21st century, and to China, whose installed capacity hit nearly 17 gigawatts (GW) in 2021 alone, good for four-fifths of the global total last year.

Still, since the Biden Administration’s announcement last March of its 30 GW target for offshore deployment by the end of the decade, the sector has seen renewed momentum.

Vineyard Wind, the nation’s first utility-scale offshore farm, broke ground last November off the coast of Massachusetts; the Bureau of Ocean Energy Management (BOEM) set records this March with its $4.37 billion auction of six offshore leases in the New York Bight, followed by two more leases off the coast of the Carolinas for $315 million in May; and additional auctions are soon to follow in the Gulfs of Mexico and Maine, as well as in California, which earlier this month adopted some of the country’s most ambitious offshore goals.

Breaking ground at the site of two cables that will connect Vineyard Wind to the grid. Image used courtesy of Vineyard Wind

Yet, the picture may soon change.

Buried deep in the bowels of the Inflation Reduction Act (IRA), the landmark climate bill passed by Congress and signed into law by President Biden last week, is a devilish little subsection whose implications for future offshore wind development analysts say are entirely murky.

It’s a small passage, with an innocuous title–“Ensuring Energy Security”–but section 50265, relatively hidden on the IRA’s 244th page, could work to chill the offshore wind industry.

The provision itself is simple enough. In the ten years after the bill’s signing, section 50265 requires that the Secretary of the Interior, in the twelve months prior to issuing any lease for offshore wind development, offer up at least 60 million acres of federal waters for oil and gas exploration.

To put that in context, 60 million acres is roughly the equivalent of the state of Wyoming. And across ten years, 600 million acres is a little less than the landmass of California, Oregon, Montana, New Mexico, Arizona, Nevada, Colorado, and Wyoming combined.

So, in essence, the BOEM will need to offer up almost the entirety of the American West through 2032 to issue just ten leases for offshore wind development.

And this is where the picture becomes complicated.

On its face, that 600 million acre total seems gargantuan, enough to both overwhelm the BOEM’s fewer than 600 employees and to seriously thin the stock of available water for envisioned offshore farms.

But analysts and environmentalists alike say that neither concern need be overblown.

The oil and gas industry, though routinely offered massive swaths of federal waters under both the Obama and Trump administrations, rarely purchases more than parcels, said Mike Williams, a senior fellow at the Center for American Progress, a D.C.-based public policy institute.

“They tend to offer up anywhere from 20 to 80 million acres… and rarely is the percent that’s purchased more than 2% of that,” Williams said in an interview with EE Power.

Indeed, the BOEM offered nearly 80 million acres in November 2020, of which the oil and gas industry purchased just over 517,000, or 0.06 percent. Numbers were similarly limited at the BOEM’s latest auction last November, where bidders collectively showed interest in just 1.7 million of the 80 million acres on offer. 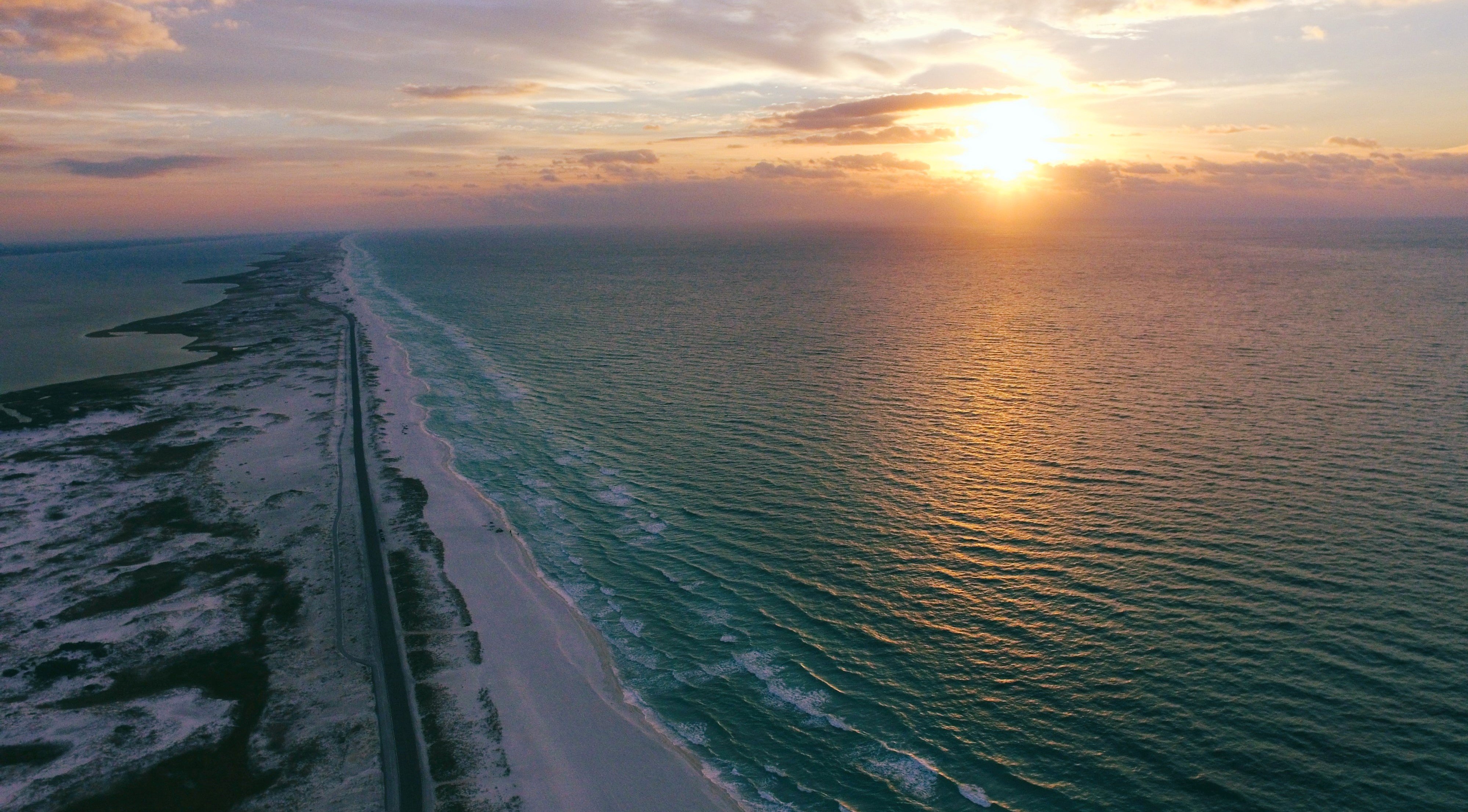 Oil and gas companies showed little interest in much of the area offered for leasing in the Gulf of Mexico in 2020 and 2021. Image used courtesy of Aaron Burden/Unsplash

What’s more, the bill raised a July moratorium, originally instituted by the Trump administration, barring future offshore energy development through a swath of the south Atlantic stretching from the eastern Gulf of Mexico to the northern tip of the Carolinas, opening up fruitful waters for offshore wind that oil and gas giants may not touch for years–in its proposed five-year plan for offshore oil and gas leasing between 2023 and 2028, the Department of Interior included only areas in the Gulf of Mexico and Alaska’s Cook Inlet.

Moving leases through the bureaucratic jungle at the BOEM may also be easier than it seems, said Brett Hartl, government affairs director at the Center for Biological Diversity.

To further expedite the process, the BOEM is also in no way limited by section 50265 in which tracts of water it can offer for leasing, Williams said. The agency could, in theory or even by necessity, offer the same area again, and again, and again, Williams noted.

Still, the package does introduce additional uncertainty into the permitting process, and it remains unclear if its incentives will be enough to tempt prospective developers.

Though the oil and gas industry is not likely to suddenly increase its purchasing of new offshore leases, the IRA does tie its interests inextricably to the fate of proposed offshore wind projects, a factor that Hartl said could serve to dissuade players in the space.

“If you’re a company that has to make business decisions, and you want regulatory certainty, you’re not gonna like the fact that now your fate is entirely beholden to an independent variable that you have no control over that has nothing to do with your industry,” Hartl said.

But that trepidation may be significantly tempered by the long-term extensions in the bill of both investment and production tax credits, which Williams called “phenomenal.”

Those credits will now be available to developers through 2032, and incentivize a range of project practices, from paying workers a certain wage to sourcing parts domestically.

“It’s providing [a] consistent financial basis of which the industry hasn’t received from the tax code,” Williams said. “That certainty in and of itself is probably huge, because then it gives developers time to start to build out their project.”

Those incentives may not be enough, though, lest the Biden Administration also ramp its regulatory efforts via executive action, Hartl added.

“That includes making sure that renewable energy does get approved on time… but it also just means having a sort of stronger regulatory stick to make sure that the tax incentive carrots from the IRA actually work as intended."

And until those carrots can be truly dangled, the legislation’s effect on the industry may ultimately be a game of wait-and-see.