The energy giants TotalEnergies and Duke Energy won the right to the two lease areas, which if developed could produce enough electricity to power nearly 700,000 homes.

In the face of a looming moratorium on energy development off the coasts of North and South Carolina, the Bureau of Ocean Energy Management (BOEM) last Wednesday closed its auction of two neighboring wind lease areas 20 miles from the states’ shores.

Subsidiaries of TotalEnergies and Duke Energy, major players in the oil and gas industry, placed respective bids of $160 and $155 million to procure the areas, which collectively cover 110,091 acres in Carolina Long Bay. 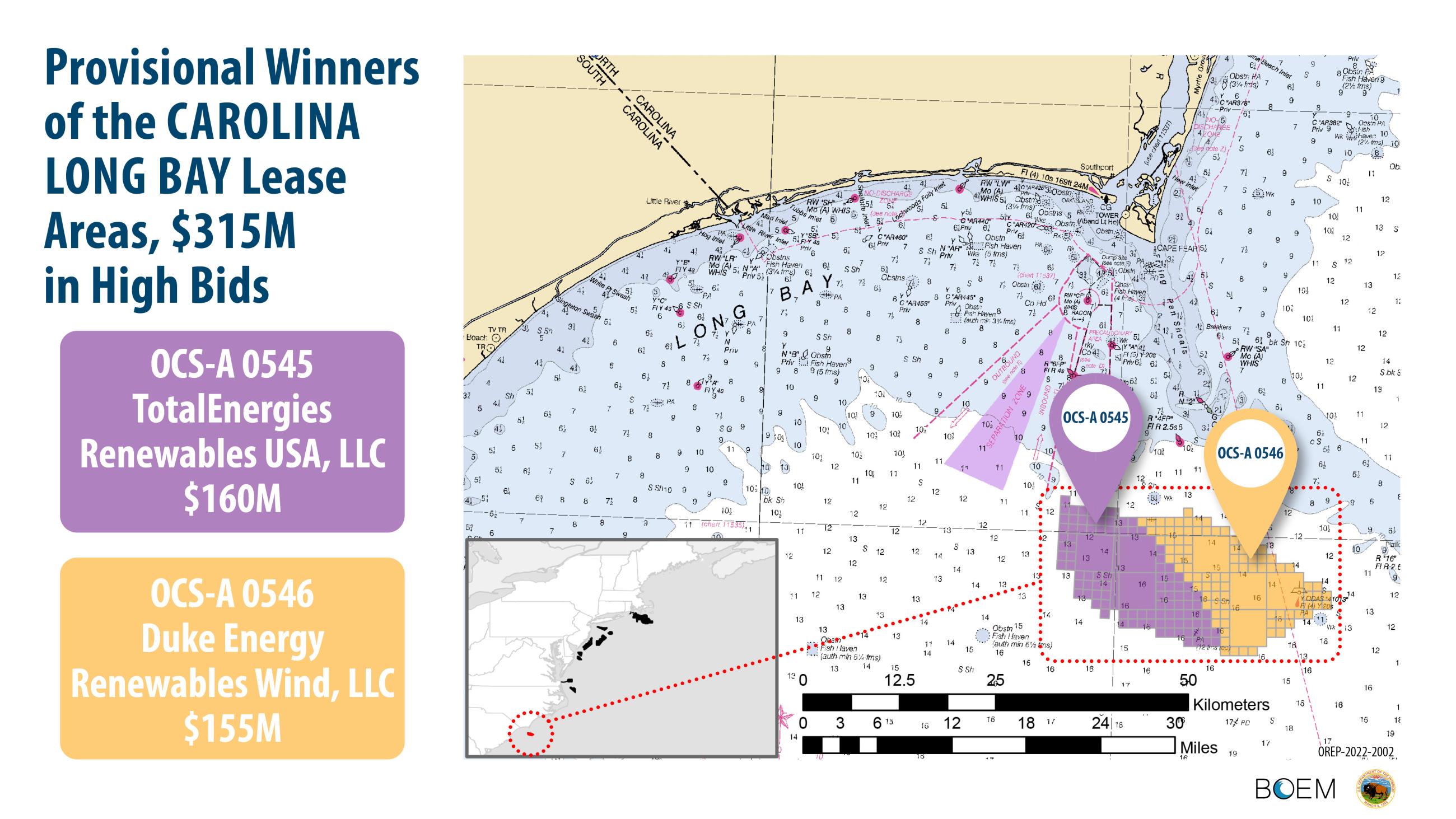 Were the companies to realize offshore farms, the sites could collectively produce 2.6 gigawatts (GW) of electricity, enough to keep the lights on in some 675,000 homes, per company press releases.

The auction comes roughly three months after the BOEM set records farther north with a $4.37 billion, six-lease offshore auction in the New York Bight, which also saw a winning bid from TotalEnergies.

Here, though, the price was far lower: In February, TotalEnergies purchased the 84,332-acre OCS-A 0538 area for $795 million, good for a per-acre cost more than three times that of its purchase last week. 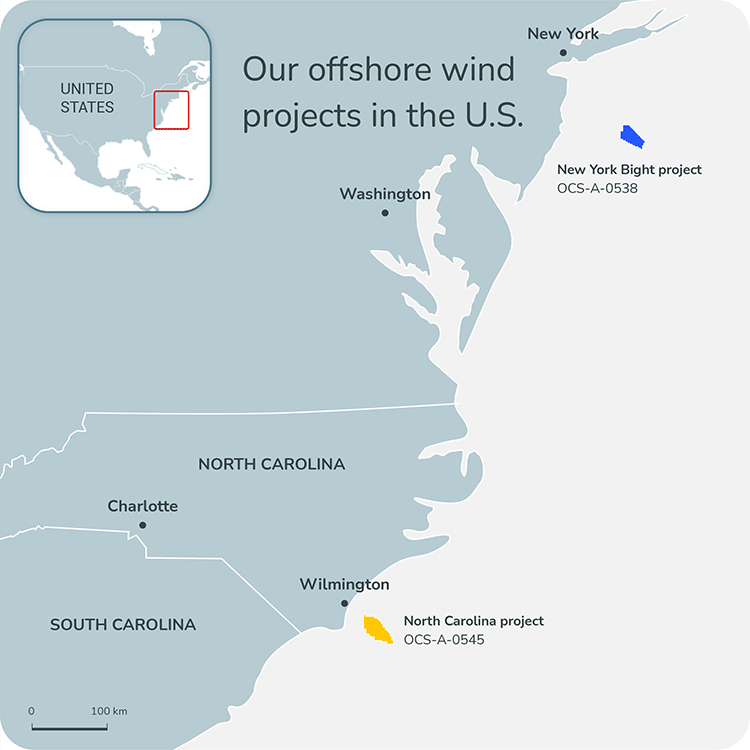 The lower sum hinted at a cooler market filled with fewer players, a reflection of both local economic factors and the uncertainty hampering energy development throughout the south Atlantic.

Neither state implemented a single offshore wind target until June 2021, when North Carolina Governor Roy Cooper signed an executive order that put in place goals for 2.8 GW of deployment by 2030 and 8 GW by 2040. Nor does either state have an offshore renewable energy credit (OREC) program, a significant factor in driving down developer interest, according to an August 2020 report commissioned by industry stakeholders such as the National Ocean Industries Association (NOIA) and the American Wind Energy Association, and produced by research and consultancy firm Wood Mackenzie.

What’s worse, the states’ coastal winds are weaker than those found in the north Atlantic, making for less power generation and thus less potential to profit. Slimming the margins even further is the states’ lack of strong connection to the PJM transmission system, a significant grid that services 12 states in the Midwest and Northeast. 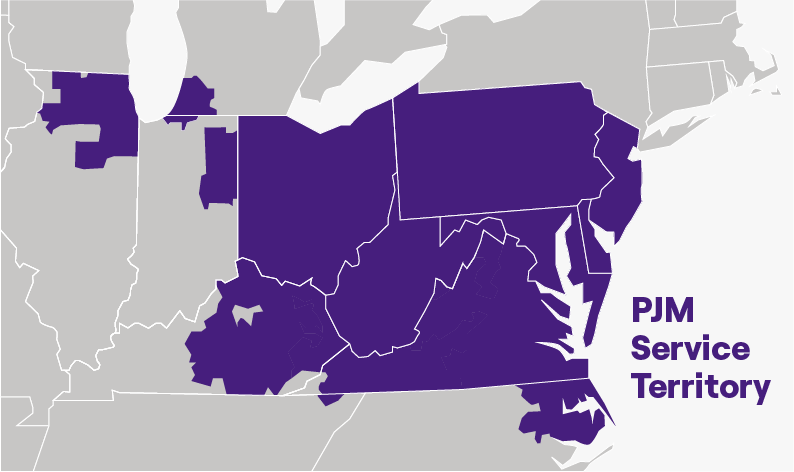 As a result, potential developers will suffer a reduced pool of offtakers.

Despite its narrowly making the window, interest in the Carolina Long Bay auction may also have been hampered by the shadow of a 2020 executive order set to ban offshore energy leasing throughout a large swath of the south Atlantic.

In a pair of memoranda that September, former President Donald J. Trump ordered that all new leasing for purposes of energy exploration, development, or production from the eastern Gulf of Mexico to the tip of North Carolina’s offshore lease areas be halted on July 1, 2022. Under the order, leasing could not take place again until 2032. 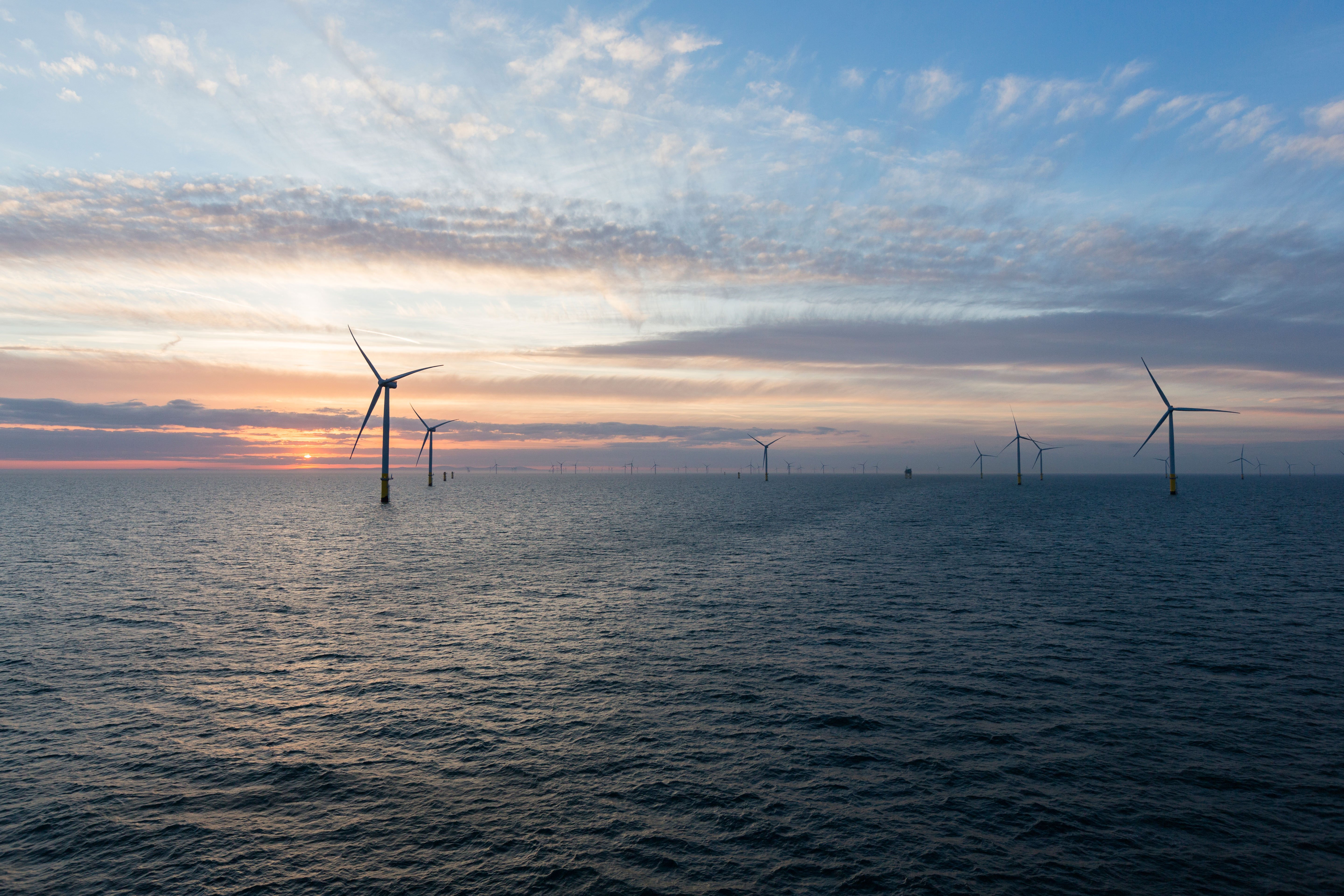 Under a July 1 moratorium, offshore wind leasing in much of the south Atlantic would halt until 2032. Image used courtesy of Ørsted

Though the order was meant to target offshore oil and gas drilling, the language employed was “broad and imprecise” enough to also incorporate offshore wind, said a cadre of U.S. senators and representatives in a letter to Senate and House leaders, urging them to preserve a section overturning the order in the America COMPETES Act of 2022.

The section was included in the text passed by the House this February, but was left absent in the version passed by the Senate on March 28. Were the provision to remain so, the moratorium would proceed in July and could threaten a whole host of future offshore development in the BOEM pipeline.

Still, though tempered with a hint of foreboding in a later comment, NOIA President Erik Milito struck a hopeful tone in a written statement following last week’s auction.

“With three separate wind projects now in the area, and potentially more on the way, the Carolinas are positioned to be the next American offshore wind hub,” Milito said. “We’re seeing the maturation of the market and an optimistic outlook for offshore wind in areas beyond our Northeastern states.”