As EE Power covered this Monday, California and New York recently announced port renovation projects to make way for upcoming offshore wind farms. But they’re far from the only ones preparing for offshore energy production.

Based on current state policy commitments of about 39 GW by 2040, some coastal states are planning for at least half of their electricity to come from offshore wind in the coming decades, according to a Department of Energy (DOE) report released earlier this month.

To produce that type of energy, states are taking advantage of federal incentives to propel numerous projects through the pipeline.

Company on the Coasts

But in coming years, the number will grow, and grow quickly.

In Massachusetts, operations at the 800 MW Vineyard Wind farm are slated to kick off in 2023. Maryland’s Skipjack Offshore Energy wind farm is coming in 2026. New Jersey’s Ocean Wind farm is expected to come online in late 2024. And in Lake Erie, north of Cleveland, Ohio, the Icebreaker Offshore wind farm is slated to begin operation by the end of 2022. 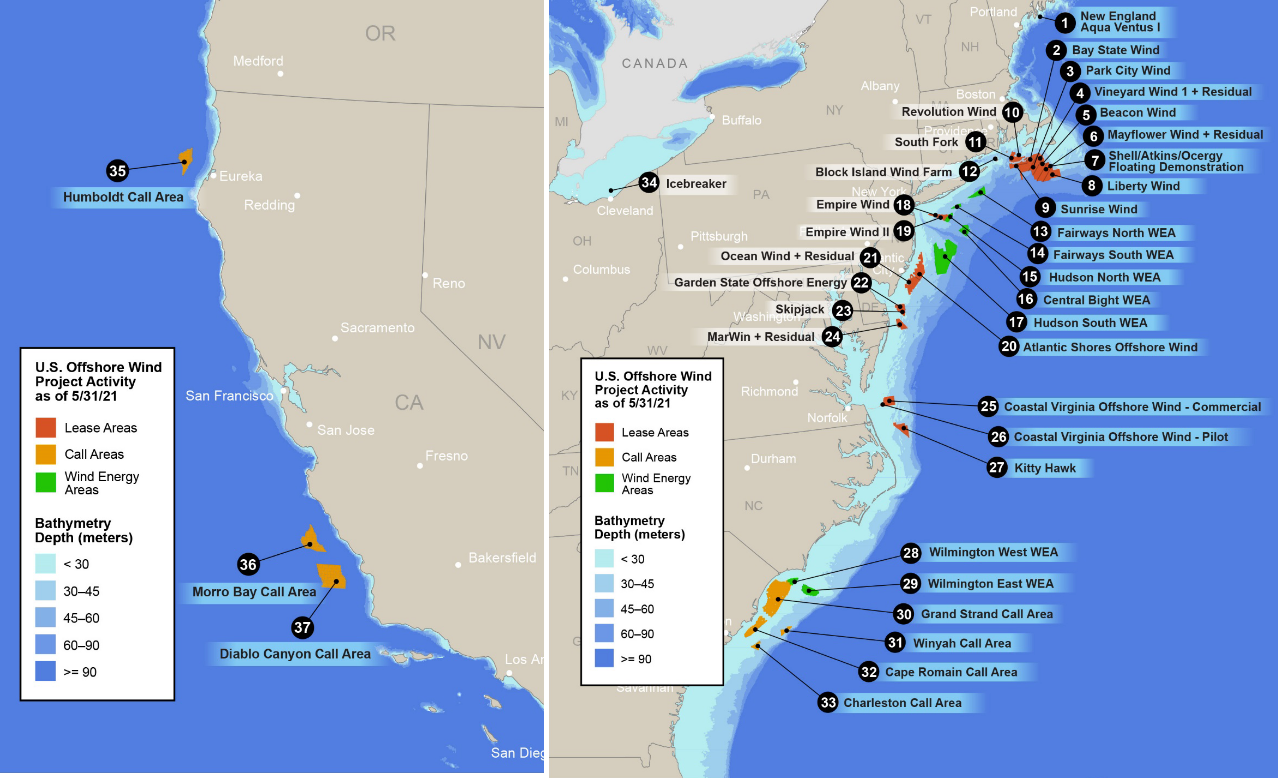 Coastal offshore wind project activity as of May 31, 2021. Image [modified] used courtesy of the Department of Energy

Farther south, the Bureau of Ocean Energy Management (BOEM), on the heels of its record-setting auction of six lease areas in the New York Bight, announced it would auction 110,091 additional acres off the coast of the Carolinas last Friday.

The BOEM has more plans out west. Last October, the agency identified areas in the Gulf of Mexico and off the coast of Oregon as potential future lease sites. On February 25, in a task force meeting with the Oregon Department of Land Conservation and Development, it introduced three proposed call areas to be narrowed, via stakeholder comment and collaboration, before auction. The BOEM's proposed call areas off the coast of Oregon. Image used courtesy of the BOEM

Still, while ambitious, these projects together represent a significant investment and production burden on states, one the federal government is trying to ease.

In December 2020, Congress enacted legislation expanding the federal energy investment tax credit to include a 30% incentive for offshore wind. Significantly, the tax credit does not phase out like similar credits for geothermal and solar development, the latter of which is set to fall to 22% in 2023 and 10% in 2024.

And a slew of other federal funds are either currently available or in the works to further incentivize growth.

For example, the DOE provides funding and additional support to companies, universities and other organizations undergoing the research and development phase for offshore wind projects. The DOE’s Wind Energy and Technologies Office (WETO) has several active awards throughout the U.S. In total, the DOE has allocated more than $200 million for select R&D and demonstration projects in the offshore wind category. 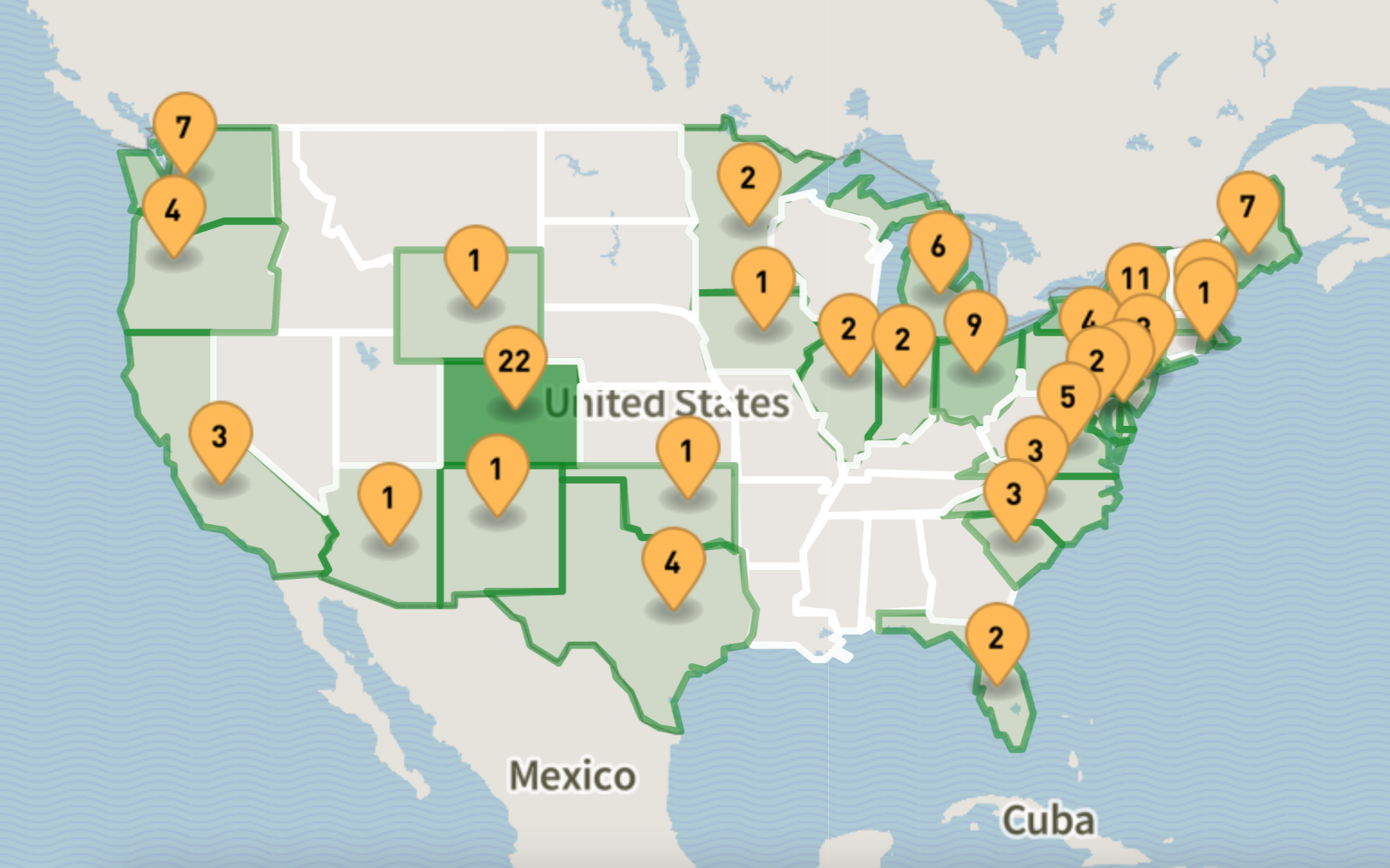 This is all part of the agency’s objective, together with the Departments of Interior and Commerce, to deploy 30 GW of offshore wind capacity by 2030, a significant jump from the 42 MW in operation today. Reaching that goal would power 10 million American homes and yield over $12 billion in private-sector capital investments annually. And by 2050, it could pave the way for 110 GW of offshore wind capacity, equating to 6% of the country’s electricity supply.

But, as a recent DOE report pointed out, scaling the domestic supply chain in the face of strained international inventory will be a challenge. Achieving 30 GW in offshore wind capacity would require 2,100 turbines and foundations, 6,800 miles of cable, five or six turbine installation vessels, and an average annual workforce of 12,300 to 49,000 people, among other considerations.