The U.S. Energy Information Administration reports that solar power and battery storage will account for 60% of new generating capacity additions planned nationwide through 2023.

Solar power and battery storage continue to gobble up a growing share of the U.S. energy grid, and in a new report from the U.S. Energy Information Administration (EIA), that trend is projected to intensify in coming years.

The EIA, a division of the Department of Energy (DOE), announced last week that solar and battery storage projects will claim nearly two-thirds of the 85 gigawatts (GW) power plant developers and operators expect to add to the U.S. power grid between 2022 and 2023. The report cited tax credits and falling battery costs as reasons for the increased share of renewable capacity.

The data is sourced from the agency’s Preliminary Monthly Electric Generator Inventory, a monthly survey tracking the status of new and existing generating units at electric power plants.

Over half of the planned solar and battery capacity projects over the next two years will be concentrated in three states: Texas (with a 23% share), California (21%), and New York (7%).

Tax Credits And a Decade of Falling Costs

According to the EIA’s report, utility-scale solar projects will account for nearly half (41 GW) of the U.S.’s planned capacity through the next two years. About 13 GW of solar capacity was added to the grid in 2021, and plant developers and operators now expect to add another 22 GW this year. With the amount of utility-scale solar photovoltaic capacity exceeding that of natural gas between 2020 and 2021, the EIA expects this trend to continue as the demand for solar power further accelerates.

A map showing the spread of utility-scale power generation by energy source, as of December 2021. Image used courtesy of the EIA

The EIA’s report cited the federal solar Investment Tax Credit (ITC)—a 26% deduction for solar installations on residential and commercial properties—as a driver of ongoing solar project expansions. But the credit is temporary; Unless Congress extends it this year, it will begin to phase out in a series of yearly reductions, from 22% in 2023 to 10% in 2024 and beyond.

As mentioned, declining solar technology costs also factor into these trends. Per data from the Solar Energy Industries Association, solar installation prices fell by more than 60% over the past decade. 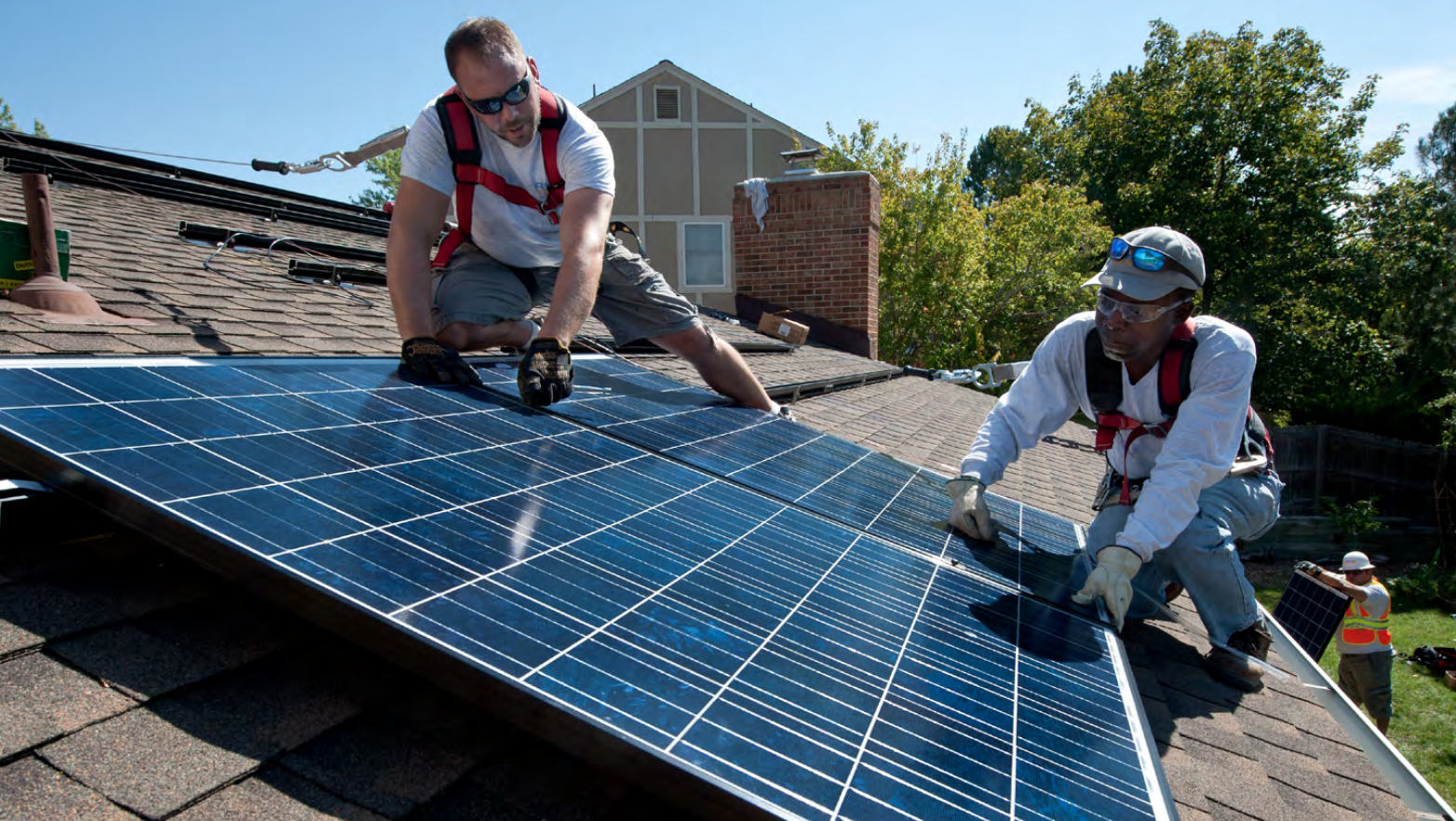 The ITC can be applied both to residential and commercial, utility-scale solar systems. Screenshot used courtesy of Dennis Schroeder/NREL, via the DOE

In a reversal, though, a separate report released last week by Washington, D.C.-based trade group Solar Energy Industries Association found that solar prices began to rise in 2021. Though the U.S. installed 23.6 GW of solar PV capacity to reach 121.4 GW of total installed capacity—enough to power 23.3 million homes in the U.S.— the report noted that solar prices rose by 18% amid supply chain issues, trade impacts and policy uncertainties. For that reason, 13% of this year’s planned capacity additions have either been delayed or canceled entirely.

Still, a separate EIA report released earlier this month projected that solar power generation would continue to grow significantly over nuclear, coal and natural gas, regardless of cost spikes.

In parallel with the growth of U.S. electricity generation, demand has increased for additional battery storage. According to the EIA’s new report, 10 GW of battery storage capacity is expected to be added to the power grid in 2023, more than 60% of which will be paired with solar facilities.

As with solar projects, the EIA says declining costs for battery storage applications are a major driver of this expansion. In another report released last year, the EIA estimated that large-scale battery storage costs fell by 72% from 2015 to 2019, equivalent to about 27% per year.

Reflective of a growing synergy between the battery and solar markets, the report noted that the share of U.S. battery storage projects co-located with solar generation sites is expected to increase substantially through 2023.