Researchers from Clemson University come up with a way to observe current flow to help optimize materials for next-generation perovskite optoelectronics and photonics.

A team of researchers led by Clemson University’s Jianbo Gao, published ground-breaking work on making materials for power electronics that are cheaper and simpler to produce, as well as more efficient than currently available technologies. Gao, the group leader of Ultrafast Photophysics of Quantum Devices (UPQD) group in the College of Science’s Department of Physics and Astronomy and co-authors published their full research paper in Nature. 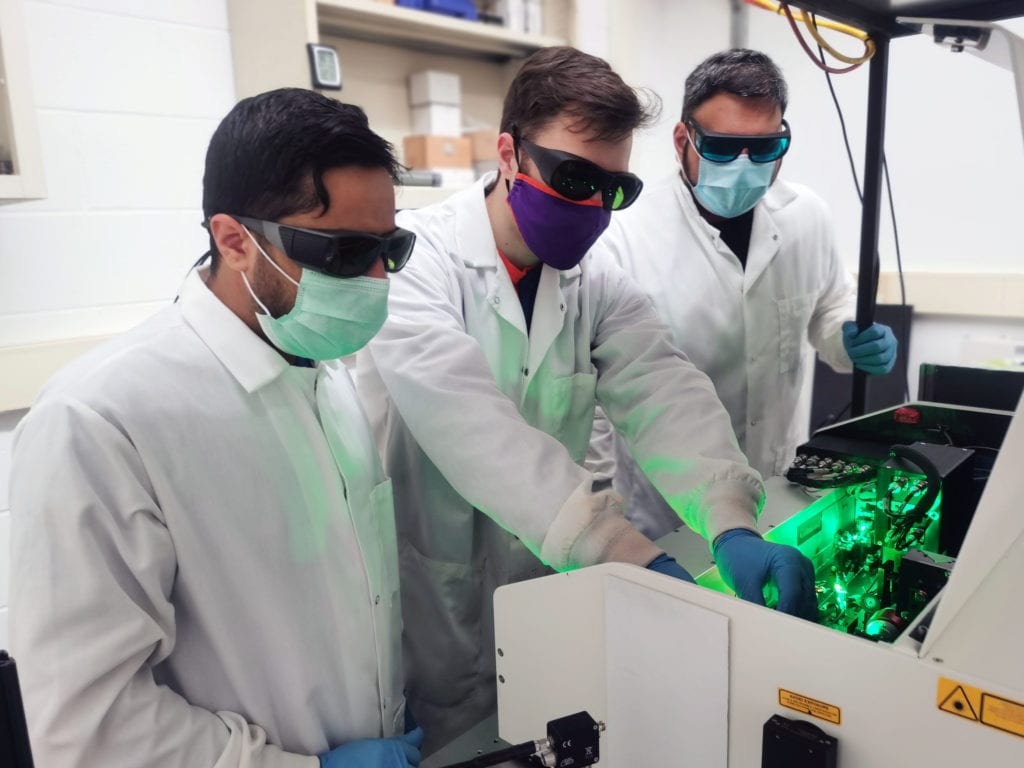 The Clemson research team aligns the ultrafast laser in the Department of Physics and Astronomy’s UPQD lab. Image used courtesy of Clemson University

In physics, the word "trap" is any location within a solid that inhibits the movement of electrons and holes. Holes are created when an electron moves out of its site. This generates a positive charge in place of a negative charge. The traps are considered to be defects and can limit the efficiency of electronic materials.

In a news release, the first author of the study, graduate student Kanishka Kobbekaduwa, commented: “We make devices using this (perovskite) material and we use a laser to shine light on it and excite the electrons within the material.” Kobbekaduwa added: “And then by using an external electric field, we generate a photocurrent. By measuring that photocurrent, we can actually tell people the characteristics of this material. In our case, we defined the trapped states, which are defects in the material that will affect the current that we get.” Other authors of the study included Pan Adhikari of the UPQD group, undergraduate Lawrence Coleman, the R.A. Bowen Professor of Physics, Apparao Rao, and visiting student, Exian Liu.

Traditionally, materials made for creating power electronics may be produced through solution processes such as spin coating or inkjet printing, which can increase the likelihood of introducing defects.

The Clemson researchers employed a unique technique known as ultrafast photocurrent spectroscopy and used a laser to gather information on the flow of current through the study sample materials. The researchers also used an electric field during material testing, which set the study apart from other research.

In the same news release, Adhikari said: “By analyzing that current, we are able to see how the electrons moved and how they come out of a defect.” Adhikari added: “It is possible only because our technique involves ultrafast time scale and in-situ devices under an electrical field. Once the electron falls into the defect, those who experiment using other techniques cannot take that out. But we can take it out because we have the electric field. Electrons have charge under the electric field, and they can move from one place to another. We are able to analyze their transport from one point to another inside the material.” 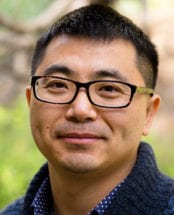 Gao concluded: “I am fortunate to have talented students who – when inspired by challenges and ideas – will become influential researchers. This is all part of the important discoveries that students are making under the guidance of their mentors, creating ripples that will lead to the next great breakthrough. We are also very grateful for the strong collaborations with Shreetu Shrestha and Wanyi Nie, who are top materials scientists from Los Alamos National Laboratory.”