The California Public Utilities Commission (CPUC) has unveiled CalEclipse.org with a call to Californians to Do Your Thing and reduce electricity use during The Great Solar Eclipse on August 21, 2017.

On CalEclipse.org, consumers, businesses, organizations, and local governments can take a pledge to Do Your Thing by reducing electricity usage from 9 a.m. until 11 a.m. during The Great Solar Eclipse on August 21, 2017.

As previously-reported on PowerPulse, the path of totality will extend from South Carolina on the East Coast to Oregon on the West Coast. California's San Juaquin and Coachella valleys, both key solar producing regions, will see coverage of around 76% and 62%, respectively.

And, although it will be spared the full impact, California is planning for the potential of major disruptions in its grid as the production of electricity from photovoltaic installations falls from a normal level of over 8,700MW to 5,600MW while demand is rising by 1,300MW primarily due to the increased use of electric lights.

"We have plenty of wind, geothermal, hydro, and natural gas to make sure the grid runs smoothly during the solar eclipse, but we also have a lot of Californians who want to do their California thing and step in to help replace the sun when it takes a break," said CPUC President Michael Picker. 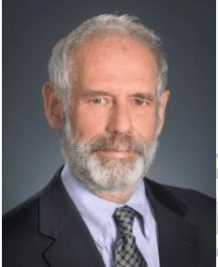 "When we come together to do one small thing to reduce energy usage, we can have a major impact on our environment. When Californians take the pledge on CalEclipse.org, they are joining a movement of people, businesses, organizations and local governments that are taking action during the eclipse to give the sun a break by saving energy and reducing greenhouse gas emissions," Picker continued.

On Monday, August 21, 2017, a total solar eclipse will pass over the Pacific Northwest affecting the California solar resources supplying power to the grid. The eclipse is expected to occur from 9:02 a.m. to 11:54 a.m., with the moon obscuring 58 to 76 percent of solar rays, depending on the resource location, and causing a loss of 4,194MW of California large scale solar electricity. California won't see another eclipse of this magnitude until 2045.

California is known for doing its thing when it comes to conservation and energy efficiency. The state has the second lowest per capita electricity consumption rates in the country. But we can do more. The new CalEclipse.org website offers tips to help reduce usage, such as: