A recent wave of triple-digit temperatures sheds light on the vulnerabilities of California’s power grid.

Amid a record-breaking heat wave in late August and early September, California’s public utility operator issued several notices asking consumers to limit their electricity usage during peak hours. The messages urged Californians to set their thermostats to 78 degrees or higher and avoid charging their electric vehicles or using appliances after 4 p.m. when solar power generation starts falling and peak demand sets in through 9 p.m.

The statement reads, in part, “With excessive heat in the forecast across much of the state and Western U.S., the grid operator is expecting high electricity demand, primarily from air conditioning use, and is calling for voluntary conservation steps to help balance supply and demand.”

In a video message, CAISO CEO Elliot Mainzer said the state’s electricity demand had reached a level not seen before in California, climbing to 52 gigawatts (GW) on Sept. 6 as temperatures reached triple digits. And while consumers saved about 1 GW through scheduling their electricity use on Sept. 5, the CAISO would need an additional 2 GW of savings to manage the following day’s loads.

Still, consumers’ adjustments helped the state avoid rolling blackouts, as the CAISO had reached the point of declaring a Stage 3 alert to source from emergency power before commencing rotating outages. 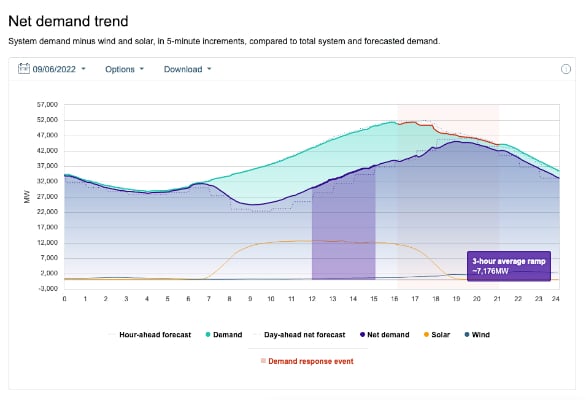 So far this month, the CAISO has issued five more Flex Alerts (as of Sept. 7), but the last three included no mention of consumers needing to limit their EV charging activities, unlike the previous notices. 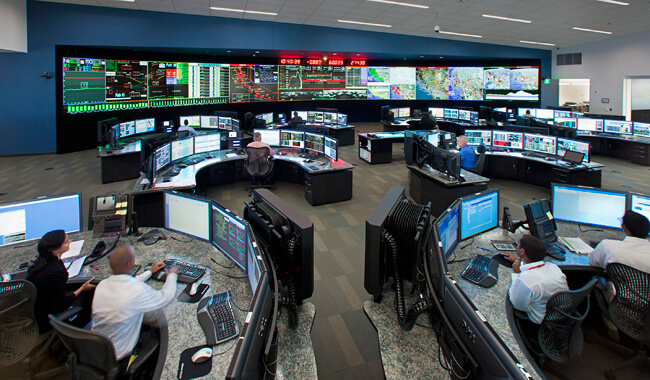 The timing matters because about a week before the record-setting heat wave would reach 116 degrees in the state capital of Sacramento, officials approved a rule requiring all new car sales to be zero-emission vehicles by 2035, setting yearly targets for 35% by 2026 and 68% by 2030.

Gov. Newsom said the state’s $10 billion investment in zero-emissions vehicles would make it easier and cheaper for all Californians to purchase EVs, adding that “California will continue to lead the revolution towards our zero-emission transportation future.”

Indeed, California leads the country in electric vehicle adoption, with over 1.2 million cumulative EV sales since 2011—about 42% of the national total. It also has 79,023 public and shared-private EV chargers scattered statewide and plans to add another 250,000 by 2025.

California’s grid resilience is further threatened by a lack of sufficient battery storage to offset solar power generation when the sun sets, dispatching electricity generated from lithium-ion batteries during the day.

Last year, the state estimated it would need 38 to 48 GW of energy storage to reach its target of 100% clean electricity by 2045. That’s far from the California ISO’s current capacity of about 3.2 GW of battery storage connected to the grid (as of mid-June).

Still, according to the Energy Information Administration (EIA), California was the nation’s top producer of electricity from solar, geothermal, and biomass energy in 2021. Renewables account for 44% of the state’s regional electricity generation, far ahead of EIA’s national projection of 22% this year. It’s also the leading destination for solar panel shipments, accounting for almost one-fifth of the U.S.’s peak electricity-generating capacity last year.

But while California is the country’s fourth-largest electricity producer, it’s also the second-largest consumer. The state’s energy mix is increasingly weighted towards renewables and lacks the battery storage needed to manage volatility reliably, making power conservation in emergencies difficult. And though the state has a well-established hydroelectricity grid, ongoing droughts have caused hydropower generation to fall 48% below the 10-year average last year, per EIA statistics.